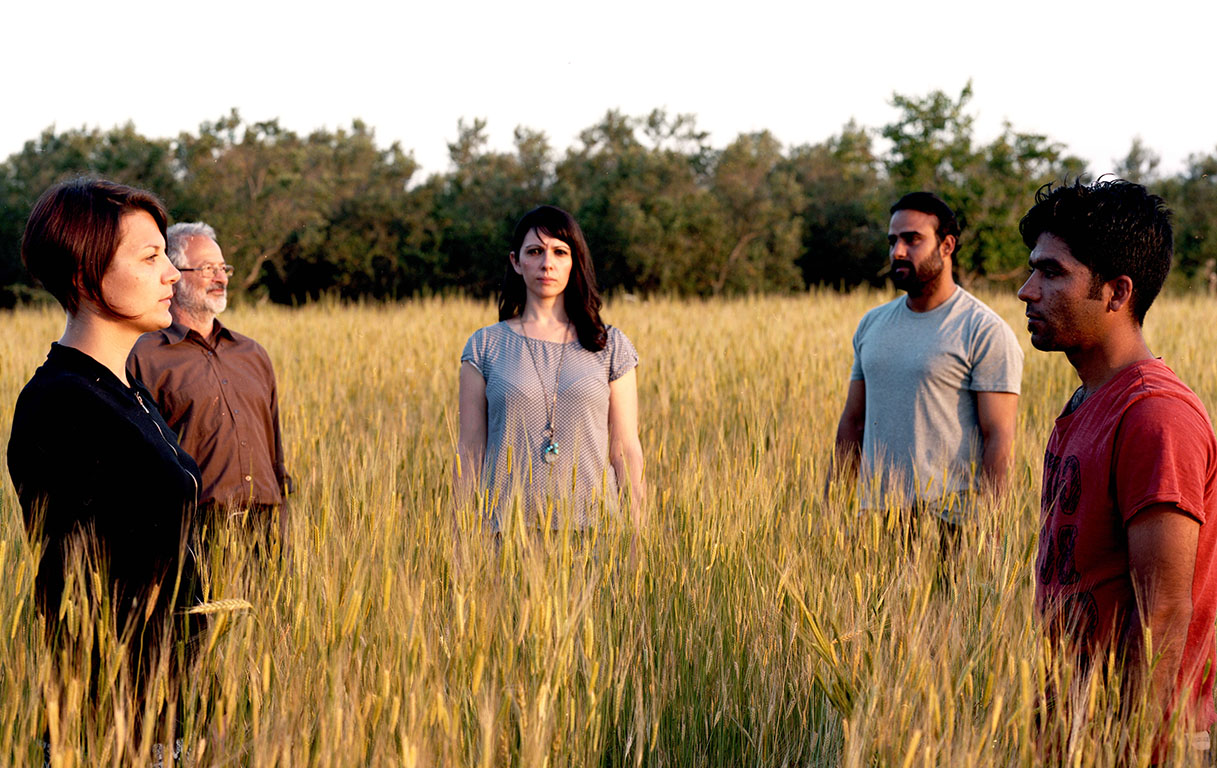 This collective experiment is part of his research on evolutionary population, which began within Coppola’s projects in Castiglione d’Otranto in the south of Italy. Making use of the writings about interethnic communities by politician and activist Alexander Langer and evolutionary plant breeding by agronomist Salvatore Ceccarelli, the artist coordinates an impromptu choir that addresses these textual sources through a live reading.