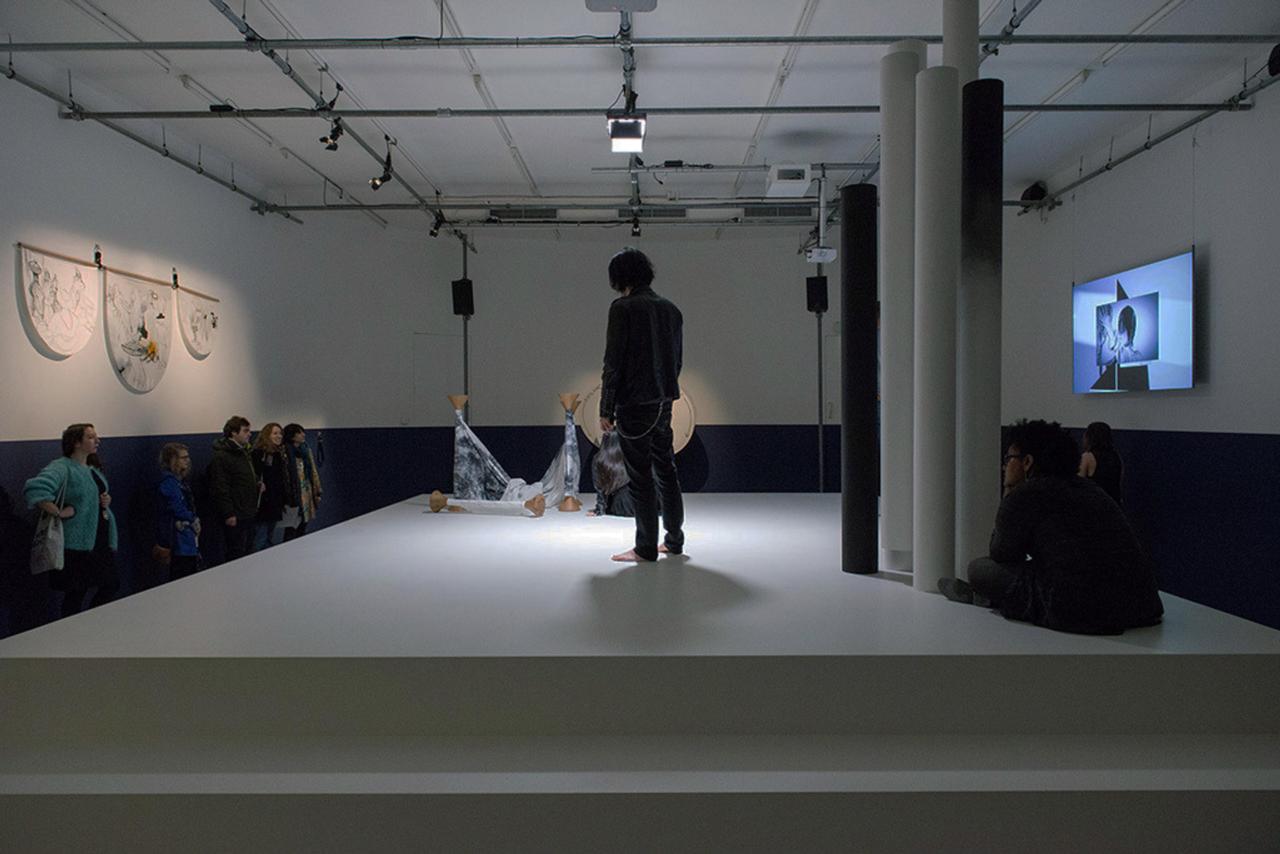 As part of the exhibition To Seminar, BAK organizes a series of performances, talks, and public meetings inquiring how learning about, with, and through art can become a collective practice of thinking and acting out imaginaries alternative to those of the crises-ridden contemporary.

For Sleeper Tiong Ang has invited approximately 30 artists—peers, former students, friends, and collaborators—to write song lyrics addressing what he sees as a crisis of artistic license: a gap between the expectations placed on art’s agency and art’s “real” ability to impact social change.

The lyrics are used as a performance script by a second group of collaborators, who enact behaviors and poses on a specially designed stage in the exhibition space. In this performance, the songs are improvised through collectively rehearsing an unfolding of the “sleeping” potential of art in relation to social praxis. Evolving over more than three hours, the performers shift between a dormant, non-rendered presence to momentary postures of collective performativity based on media images of music bands and forms of social protest. A singer (the artist) or singers (the band) deliver the songs in a matter-of-fact or even hesitant manner.