The Inhabitants of Images 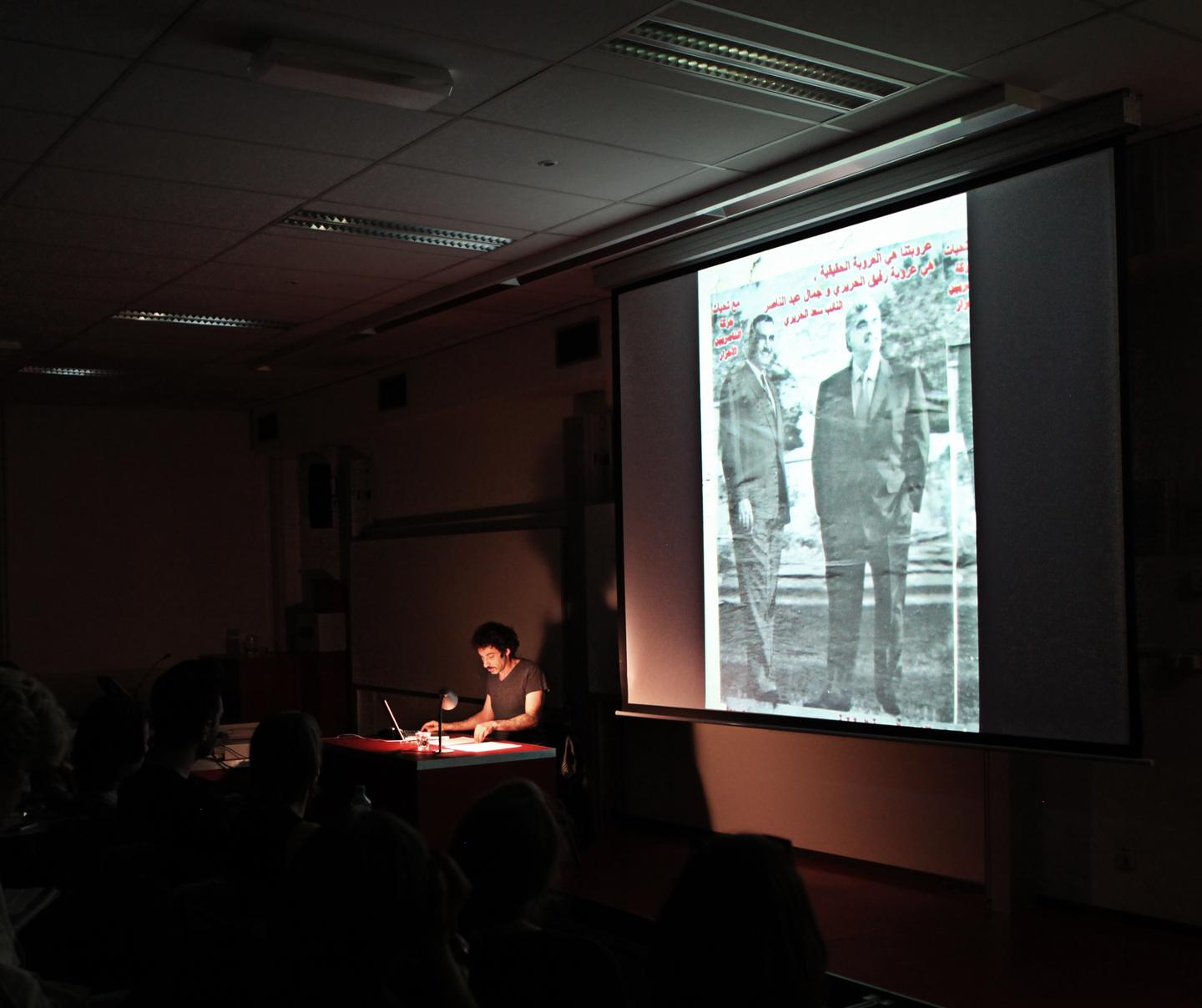 On Thursday, 17 June 2010 from 17.00–20.00 hrs BAK presents, in collaboration with the conference Waiting for the Political Moment, a lecture by philosopher Simon Critchley, entitled Fictional Force, How the Many are Governed by the Few, followed by the performance The Inhabitants of Images by Rabih Mroué.

Renowned English philosopher Simon Critchley discusses how the interrelation of force and fiction structure politics today. He elaborates on his own political project, which is based on what he calls “the anarchic moment of democratic dissensus.” Elaborating on each of these terms and infusing them with a fresh meaning, Critchley’s lecture tries to answer the question of what the political means today. Critchley is currently teaching at the New School for Social Research. Since the mid-nineties, he has been at the center of current debates on politics and aesthetics, with books such as The Ethics of Deconstruction (1999), Things Merely Are: The Poetry of Wallace Stevens (2005), and Infinitely Demanding: Ethics of Commitment, Politics of Resistance (2006).

The Inhabitants of Images is one of Rabih Mroué’s “lecture-performances,” and was first presented in 2009. It is comprised of three parts and is a complex analysis of the use and misuse of images for political and ideological purposes in Lebanon and the Middle East. Starting from a poster with an image of an (otherwise impossible) meeting between former Lebanese Prime Minister Rafic Hariri (1944–2005) and former Egyptian president Gamal Nasser (1918–1970), the images in the piece set off a flow of musings and speculations touching upon the fabrication of political mythologies and manipulations. Playfully and with considerable wit, Mroué discreetly puts forward instruments of critique for engaging with these images, and sketches fragments of counter-narratives—bits and pieces that remain to be assembled in an uncertain future.

Waiting for the Political Moment is a three-day aesthetic and theoretical investigation that asks how the political can be reinvigorated to intervene in the present moment, as politics today appears to have lost its proper status or seems to have been submerged in the more powerful and encompassing structures of late capitalism. Waiting for the Political Moment is organized by Bram Ieven and Frans-Willem Korsten. For more information on the conference, please see here.

Rabih Mroué’s first solo exhibition, I, the Undersigned, which includes a number of new installations presented along with his most recent works, is on view at BAK until 1 August 2010.