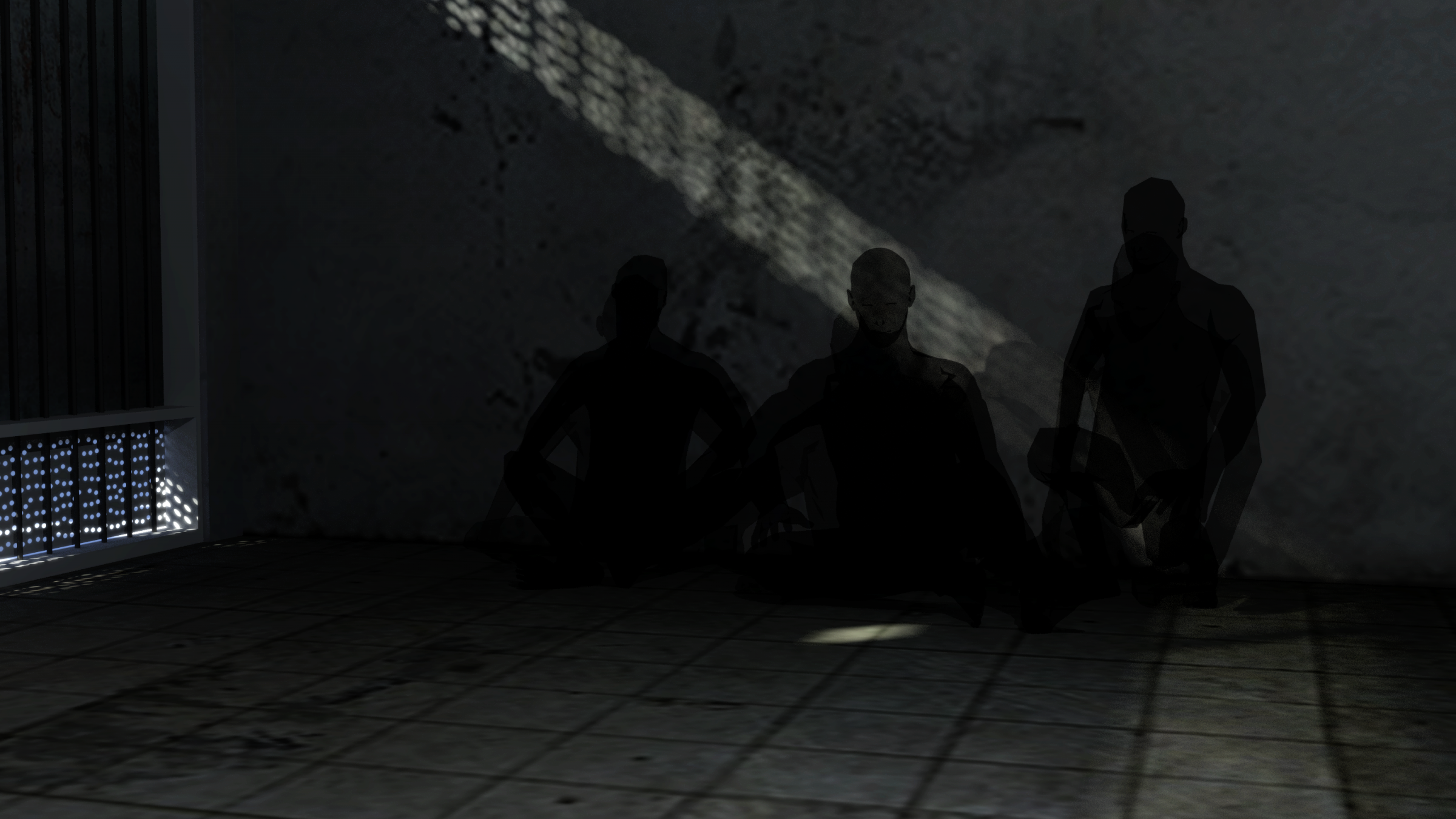 Despite their cultural prevalence in the past century, photography and video imagery have only recently been incorporated as legitimate forms of evidence in justice systems. Yet once they were, it became increasingly difficult to substantiate any legal claim without such forms of media. The witness testimony—the historical epitome of juridical proceedings—has seemingly fallen by the wayside in favor of more robust, less forgetful evidentiary materials. Not every crime is, or can be, captured in an image, however, and lived experience is still a privileged type of event-based knowledge. What is needed today is not a diminution of the human voice, but creative means of its amplification.

Focusing on the evidentiary method of the testimony, Ana Naomi de Sousa presents Saydnaya, 2016, the reconstruction of a Syrian torture prison of which there are no images. Papa Sakho and Jo van der Spek bring into the discussion the Migrant 2 Migrant Foundation’s ongoing response to the Schipholbrand, the 2005 fire in which eleven migrants died while being trapped in an airport detention complex.

Propositions #7: Evidentiary Methods—the public program in the context of the exhibition Forensic Justice and part of the BAK series Propositions for Non-Fascist Living (2017–2020)—expands upon the notion of forensic justice in a series of lectures, screenings, and workshops on methodologies for articulating claims within the multidimensional space of aesthetics, law, architecture, politics, and ecology. The series deepens the understanding of works by, or made in collaboration with, Forensic Architecture, including investigations that are not presented in the exhibition. Focusing on techniques and innovative evidentiary methods at the intersection of law, art, politics, and the changing media landscape employed in the forensic practice, the gatherings create a space for dialogue and exchange between concrete cases examined by Forensic Architecture and other ongoing political struggles in the Netherlands and beyond. The series is conceived in collaboration with Nick Axel (architectural theorist, Amsterdam).