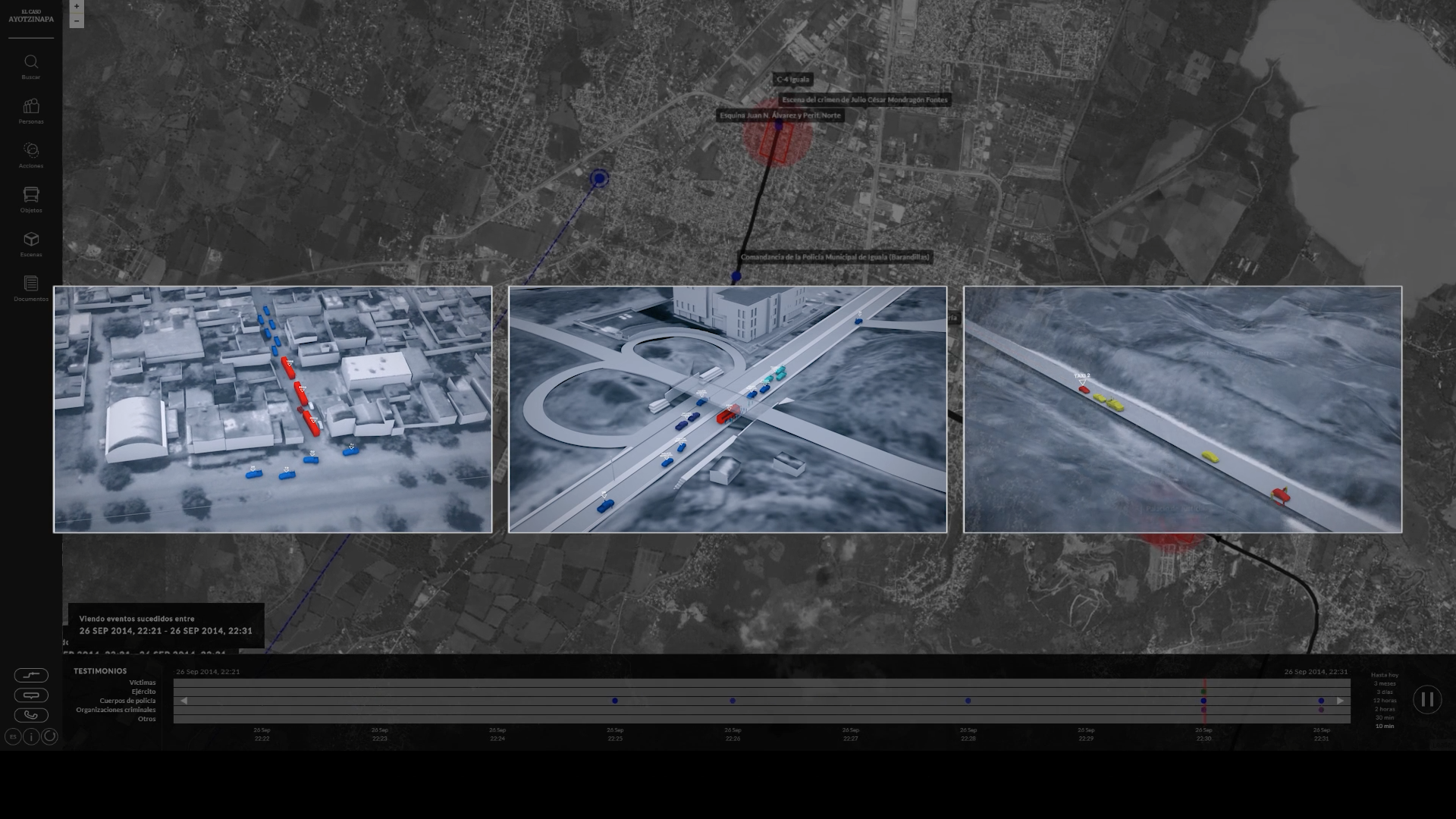 With ever-increasing quantities and richer forms of media being produced every day, one might think that it only would have become easier to create consensus on historical events. Yet data is not the same thing as information; to produce the latter, an intensive process of data collection, filtering, analysis, and interpretation is necessary. Today, proving what happened in the past requires immersing oneself in the evermore saturated and evolving landscape of data production. A landscape of truth lies within and among the vast quantities and diverse forms of media surrounding every event.

Focusing on the evidentiary method of what Forensic Architecture calls “Geosync,” Stefan Laxness presents The Ayotzinapa Case, 2017, an investigation into the disappearance of 43 students in Iguala, Mexico, in 2014. Gamze Hızlı and Özlem Zingil of Hafiza Merkezi discuss their recent investigations into human rights violations in Turkey.

Propositions #7: Evidentiary Methods—the public program in the context of the exhibition Forensic Justice and part of the BAK series Propositions for Non-Fascist Living (2017–2020)—expands upon the notion of forensic justice in a series of lectures, screenings, and workshops on methodologies for articulating claims within the multidimensional space of aesthetics, law, architecture, politics, and ecology. The series deepens the understanding of works by, or made in collaboration with, Forensic Architecture, including investigations that are not presented in the exhibition. Focusing on techniques and innovative evidentiary methods at the intersection of law, art, politics, and the changing media landscape employed in the forensic practice, the gatherings create a space for dialogue and exchange between concrete cases examined by Forensic Architecture and other ongoing political struggles in the Netherlands and beyond. The series is conceived in collaboration with Nick Axel (architectural theorist, Amsterdam).