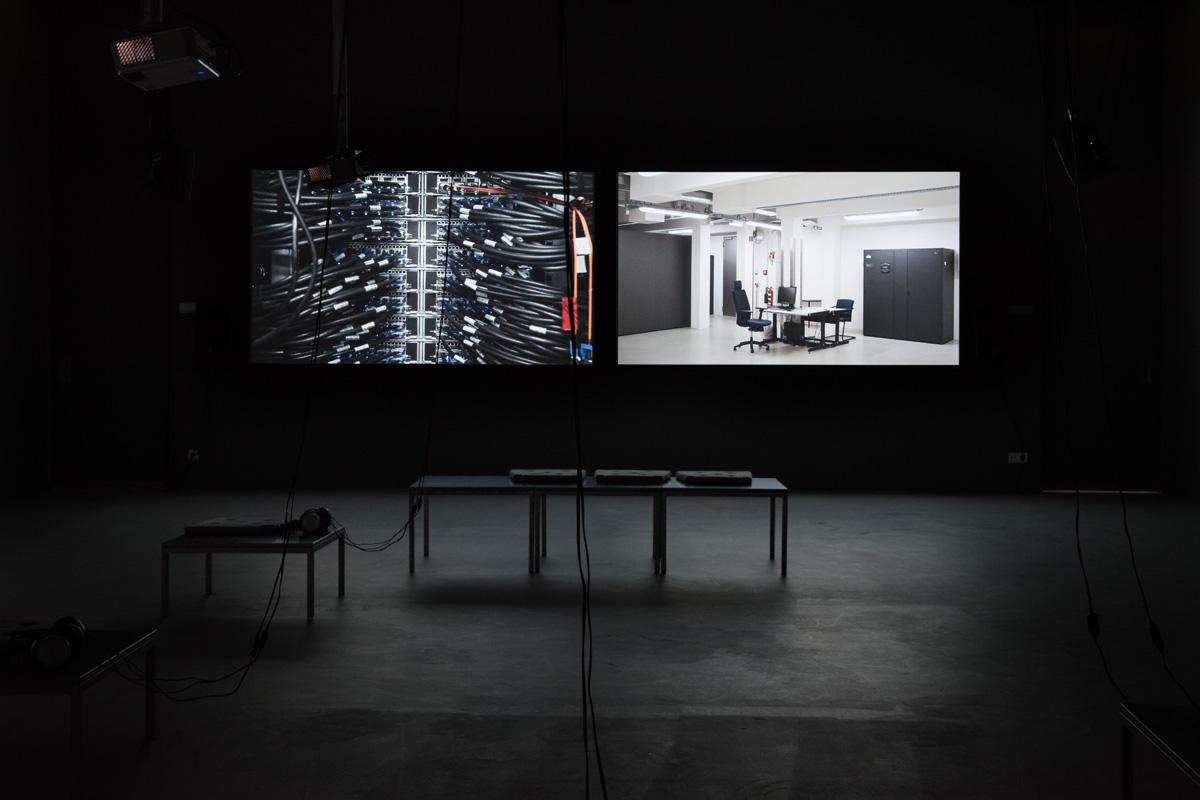 Anthropocene Observatory, which takes place at BAK from 7 February–26 April 2015, is a research exhibition and discursive environment that proposes to rethink the contemporary world through the prism of the “Anthropocene thesis.” The Anthropocene is understood as an epoch in geological chronology during which the global impact of human activities is inscribed onto planet Earth. This geohistorical era—marked by the domination of the human species—has brought along transformations that bear unprecedented consequences for all facets of our present and future. Through what ways of looking and knowing, of feeling and being, can we assess these radically altered circumstances? What (future) vocabularies of politics, science, and art might enable us to know, envision, and do things otherwise?

Developed by Territorial Agency (headed by the London-based duo of architects and urbanists John Palmesino and Ann-Sofi Rönnskog) in collaboration with Berlin-based artist Armin Linke and curator Anselm Franke, Anthropocene Observatory forms a complex knowledge archive and study environment that gestures towards ways of approaching these questions. Functioning as an observatory, it puts forth the data and knowledges collected and generated over the course of the last two years, offering them up for public inquiry and critical exploration, so as to probe how the Anthropocene thesis is being recognized and disputed, embraced and discredited, negated and applied across a wide spectrum of scientific, political, and cultural contexts.

Consisting of films, interviews, printed documents, and installations that uncover issues ranging from spatial and territorial modelling to climate change and environmental politics to applied systems analysis to supranational power operations and their institutions, Anthropocene Observatory attempts to image and reconstruct the tangled interrelationships between geology and political history. By making visible how the capitalist world-system is interlocked with the rapid transformation of the Earth system—how changing sources of energy correlate with particular political, legal, managerial, and spatial orders, from city-states dependent on wood, to imperial reliance on the harvesting and uneven distribution of coal, to the global constellation’s dependency on fossil fuels and nuclear energy—the project asks whether the extant infrastructure of knowledge, politics, science, and art is adequate in meeting these colossal challenges. Anthropocene Observatory urges us to not leave these issues unaddressed.

BAK co-produced the Anthropocene Observatory, and brings it to the Netherlands for the first time ever. The collaboration between BAK and Centraal Museum titled Future Collections has led to an acquisition of a key work from Anthropocene Observatory for the Museum collection. The work consists of a video-diptych that focuses on the distinct Dutch practices of water management and coastal protection, as well as a series of filmed research interviews on climate change. The acquisition thus assures the presence of a work around one of the most crucial themes of our era for the public in Utrecht and beyond. The collaboration between BAK and Centraal Museum, Utrecht, has been made possible by the DOEN Foundation, Amsterdam. The acquisition of Anthropocene Observatory has been made possible by the Mondriaan Foundation, Amsterdam.