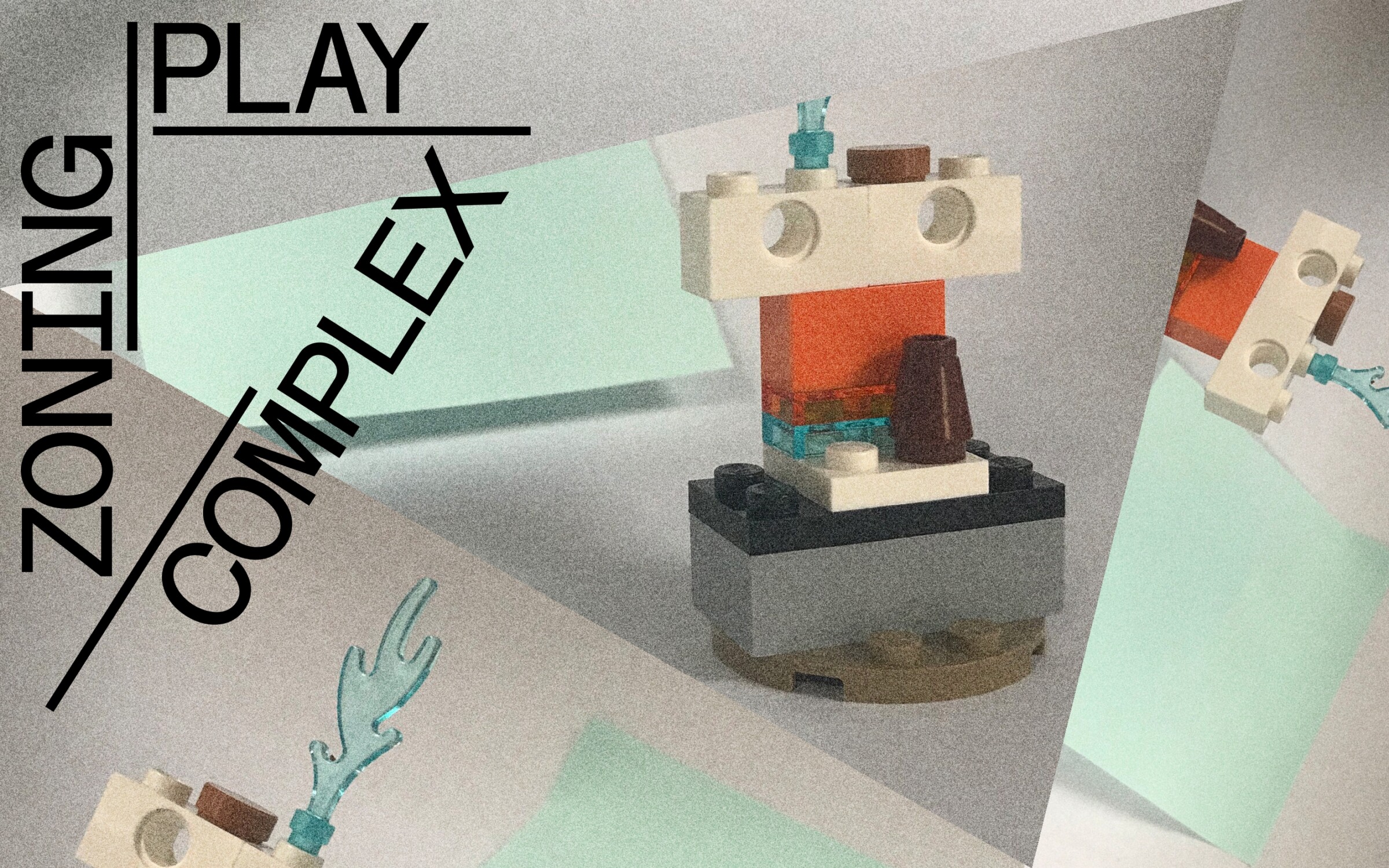 Interested practitioners and scholars from across disciplines are invited to join Zone Collective for a weekend of character development workshops devised within the Zoning Play Complex, a diverse series of projects (ranging from the theater workshop to printed matter material) undertaken in their long-term research toward A Neighborhood Zoning Play.

Zone Collective: What is it?

Zone Collective was initiated in 2016 by Kirila Cvetkovska and Megan Hoetger as a space to linger in the uncertainties and discomforts that arise when historiographic conventions, which make and unmake our worlds, come unravelled. As a research platform, it makes room for unconventional methodological and narrative approaches to research on cultural production in and historical understandings of geopolitical sites marked by their gray zone ‘border status(es)’. A core part of its practice is rooted in printed matter, which Zone Collective approach together with long-term design collaborator Karoline Świeżyński as a critical performative ground for re-configuring archival materials and haptic relations to history. Since early 2020 a strand of the work has focused on the recent eruption of project-based calls for solidarity in the cultural sector (accelerated by the pandemic) and the invisibilizing effects these are having on the infrastructural conditions that make solidarity as a praxis (im)possible. To make this eruption and its effects tangible, Zone Collective has found itself imagining and co-creating with director/dramaturg Biljana Radinoska in the theater, where thinking is a practice of playing.

Character Development Workshops: What and why?

A Neighborhood Zoning Play is a processually unfolding radio play based upon histories of transnational cultural production circulating in and through (post-)socialist Europe. It proposes a critical perspective on the project of solidarity in Europe, and as such, provokes self-reflection on what we mean when we say ‘solidarity’ – with who and for what? Working towards the eventual staging of this play, the Zoning Play Complex character workshops have emerged as a testing ground to understand the role and possibilities that the group’s method of collective annotation might have within the logic of theater practices today in relation to shared concerns with the dramaturgical structures of fiction that cross theater- and history-making.

The starting point for the workshops is the Zoning Play Complex’ cast of characters-in-the-making, all emergent from a pantheon of ‘infrastructural specters’ that haunt technologies of organization and cultural policy. Shifting specters into characters, the workshop’s structure takes the form of a dinner party meeting between cultural partners brought together to discuss their collective vision for a new center for heritage preservation. With the theater space loosely annotated to suggest the presence of a dinner table, a parking lot and a bar, a map of potential character relations is set up for participants to engage. In the first part of the day, they will identify the contours of the eight characters being activated – their material needs, psychic desires, social relations and personal behaviors. Then, in the second part of the day, the participants enact a process of group decision-making. Choosing from different linguistic/conceptual/political registers of (non-)alignment made available to them on the workshop menu, they track the open contradictions that emerge within and between each of the characters. Through the dramaturgies of negotiation that ensue, both the participants and the characters enter and exit zones of solidarity, navigating the unevenness of structural conditions that touch us all.

Long-term Research: What next?

Starting from a practice-based approach to knowledge production that centers Zone Collective’s notion of “collective annotation” (outlined in Notes from the table. A Not Yet Manifesto, their upcoming contribution to BAK’s “Prospections” online forum), Zoning Play Complex is envisioned as a complex of building blocks: the character workshop as one building block, the prototype playbill as another, the radio archive sound experiment another. Each of these blocks is building toward A Neighborhood Zoning Play. The collective annotations of the characters produced together during the development workshops, both  at BAK and during later iterations, will find their way into the radio play at various intensities. All workshop participants will be credited as part of the Complex development team.

Public workshops will be open for limited registration on the following dates:

All workshops will be held in the theater of BAK, basis voor actuele kunst (Pauwstraat 13A, 3512 TG Utrecht) and are open to a maximum of eight participants. Participants are expected to commit to a full 4-hour workshop. Snacks will be served throughout the afternoon, and each day will conclude with an aperitivo hour.

Please note: these are not acting workshops aimed at performing characters, but, rather, they are intended to focus on dialogue and development of characters. To apply for a workshop, click on the button at the top of this page.

The character workshops in their first iteration are realized within the frame of The Hauntologists, curated by Julia Morandeira.