The Day After Yesterday 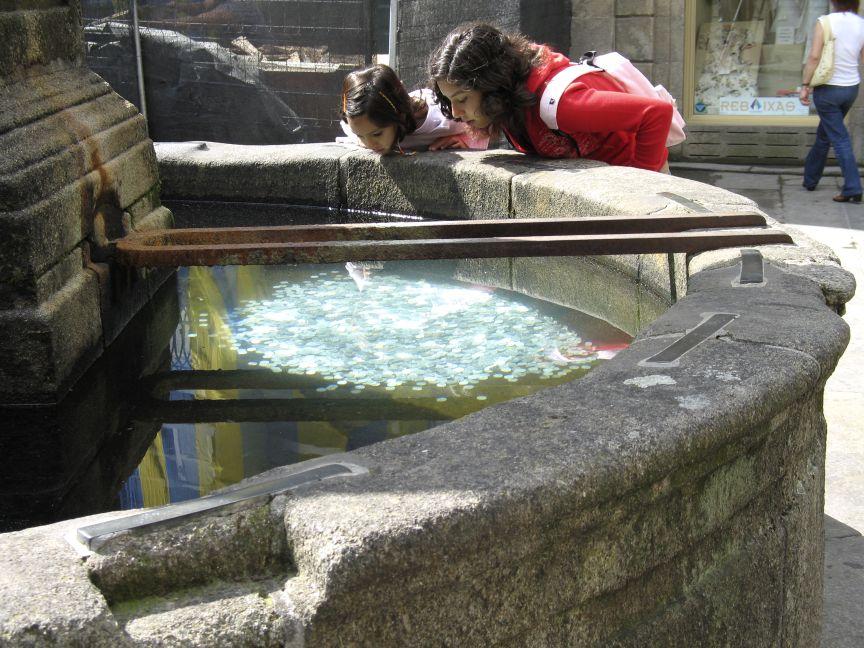 In the exhibition The Day after Yesterday Roman Ondák shows three new works, which register performative moments he instigated in order to negotiate another kind of a future through “non-events”—subtle detours from the everyday. The Day After Yesterday, 2005, is a diptych that consists of newspaper cut-out and a photograph. The photograph shows a re-enactment of a “scene” coincidentally photographed for the newspaper, in which Ondák’s family walks through a dilapidated neighborhood under rapid renovation. In order to seek ways in which “reality” could be perfected, Ondák invites his family to re-stage this situation, although this time they are walking in the opposite direction, toward the viewer. The video The Stray Man, 2006, documents a man walking past a building. The ordinariness of the situation notwithstanding, the man cannot resist the attraction of the building’s street level windows. Despite his attempts to continue along the street, the potential promise of other possibilities prompt him to return daily to engage in this ritual of searching for the unknown time and time again. Lucky Day, 2006, is a 16 mm film installation in which Ondák explores the contemporary possibilities of “pilgrimage” in a secular context. The film follows a man who tosses a large amount of coins into a fountain, in a somewhat grandiose gesture of “applying” for luck. As such, the work puts individual agency to the test against institutionalized systems of belief. In all three works, the adventure of discovery, and of gaining knowledge into how things are, function as a starting point for engaging the viewer in a dialogue about what might happen if one takes another route, both literally and metaphorically. It is from here, Ondák suggests, that a new space of imagination can emerge.

BAK, basis voor actuele kunst is proud to have had the opportunity to produce the film installation Lucky Day. In this exhibition Roman Ondák shows three new works, which register performative moments he instigated in order to negotiate another kind of a future through “non-events”—subtle detours from the everyday.

exhibition text
The Day After Yesterday