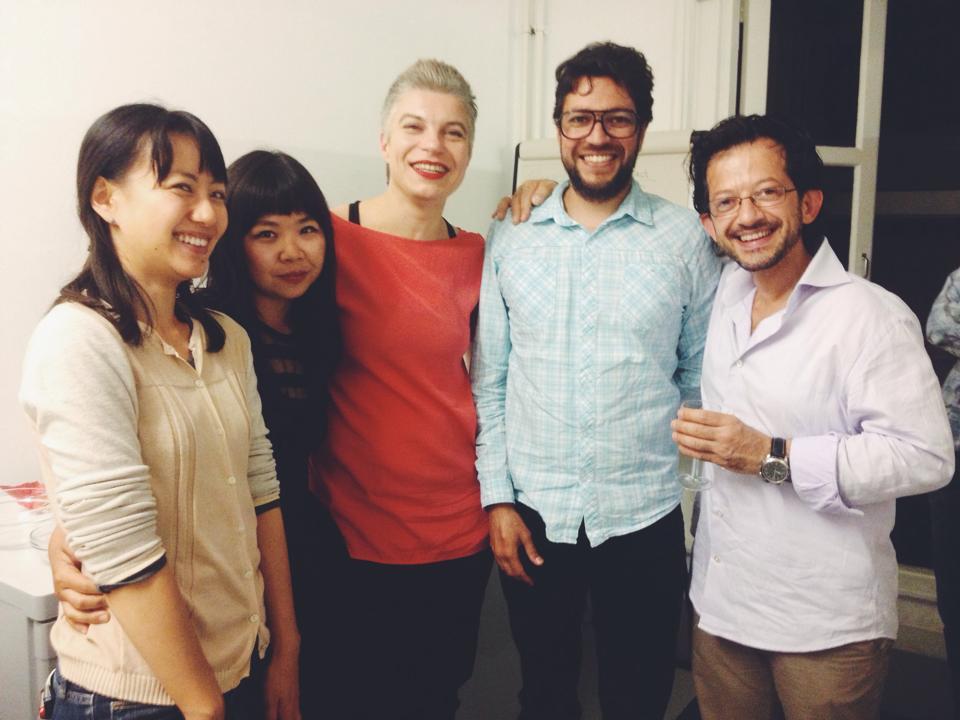 On 4 September 2014 at 19.00 hrs, BAK’s site of education and talent development, Learning Place (LP), marks the beginning of a new semester with a public screening of two works realized by recent LP graduates from MaHKU (Utrecht Graduate School of Visual Art and Design), Utrecht and MAR/KABK (Master Artistic Research, Royal Academy of Art), The Hague. Produced over the course of the last semester at BAK, the videos include Mare Nostrum (2014) by Pierfrancesco Gava and Contract between Artists and Society (2014), a collaborative effort realized by Yumemi Kobayashi, Ika Putranto, Alejandro Vasquez Salinas, and Sissel Marie Tonn-Petersen.

Gava’s Mare Nostrum is a remarkable video comprising YouTube footage of the desperate attempts of asylum seekers to reach the Italian coast in search of a better life. The work’s title “Mare Nostrum,” Latin for “our sea,” is also the name of the military and humanitarian operation run by the Italian government to “better” patrol its seas, following a chain of humanitarian disasters in recent years. In weaving together a selection of imagery published by YouTube users, the work not only highlights Europe’s incapacity to deal with the influx of refugees, but also reflects on the consequences of the powerful mediatization of this reality, alluding both to fear of, and solidarity with, the migrants.

Contract between Artists and Society, a video-based work by Kobayashi, Putranto, Salinas, and Tonn-Petersen, seeks ways to artistically respond to a society that is conditioned by the parameters of advanced capitalism, thus leaving seemingly little to no space for artistic work that attempts to imagine it otherwise. The students drafted a proposal for a contract between artists and society, articulating their respective duties and responsibilities in our contemporary reality. The contract was then presented to artists, lawyers, activists, theorists, curators, and businessmen, whose advice on how to improve the contract was sought. The video is a patchwork of the solicited commentary and argues the very understanding of the basic notions of who is an artist and what constitutes a society, and how they might ideally coexist.

The screening is followed by an informal conversation with LP participants on questions related to their research in the context of BAK’s program Future Vocabularies and the notion of “survival.” The conversation is led by BAK’s artistic director Maria Hlavajova and is followed by drinks.

The upcoming two semesters of LP begin in October 2014 and February 2015, respectively. They unfold through questions concerning the relationship between art and the political in the current condition marked by systemic changes in both advanced capitalism and “its” art, and include participants from MAR/KABK (October 2014), and MAHKU and MAR/KABK (February 2015).