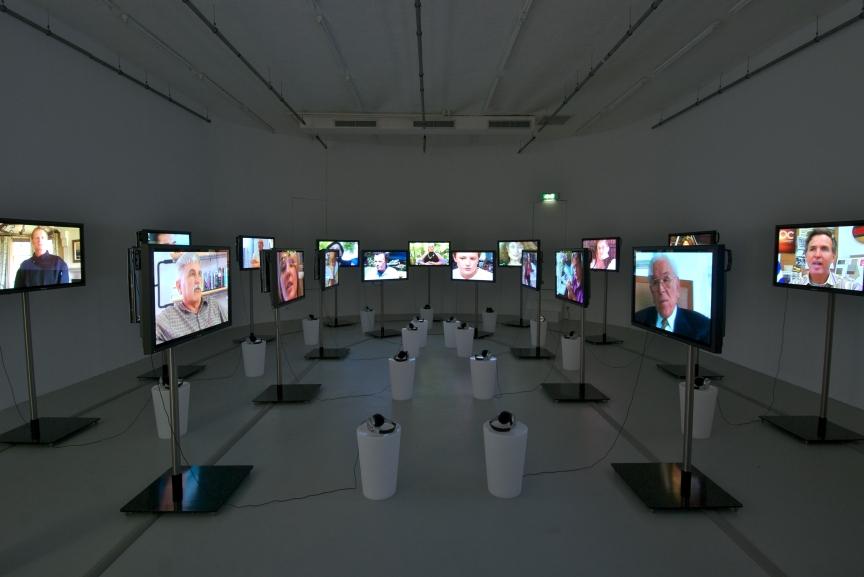 In the exhibition Kutluğ Ataman: Küba/Paradise two major video installations by Kutluğ Ataman are on view. Each work examines a community striving to construct an ideal place in their own way, although from radically different political, social, cultural, and economic points of departure.

BAK is pleased to present the European première of Paradise. The commission and presentation of Paradise is the result of a unique and ambitious international partnership between BAK, basis voor actuele kunst, Treaty of Utrecht, the Harris Museum and Art Gallery, the Orange County Museum of Art, the Vancouver Art Gallery, and Lehmann Maupin Gallery, with assistance from The Institute for the Readjustment of Clocks, Istanbul. The presentation of Küba in Utrecht is generously hosted by Utrecht University.

The exhibition is realized in collaboration with Treaty of Utrecht, within the framework of Kunst in mijn buurt (Art in my neighborhood).

Küba (2004) is a communal portrait of the inhabitants of an area in southern Istanbul known by this name, which emerged towards the end of the 1960s as a hideout for left-wing militants, and gradually became a haven for people with different backgrounds who did not fit the society’s standard definition of a citizen. Ataman spent over two years studying the mental and physical terrain of Küba from within; the result is an assembly of forty individual portraits of its residents. Embedded in an installation of as many domestic television sets, as well as simple cabinets and armchairs of various sizes and styles, the engaging voices speak to us insistently about their sense of belonging, solidarity, freedom, and the contradictions their pursuit of happiness necessarily contains.

Paradise (2007) turns our attention to America—specifically to the Southern California of today. This time, a selection of twenty four citizens is brought together in an “ad-hoc community” to confront us with the notion of paradise as both a vital promise and a banal myth. The installation unfolds on flat-screen monitors mounted on stands arranged in two U-shaped formations, the central figure of which changes every day. Each monitor features a video portrait of a single person, audible through earphones, who shares his or her obsessions with the viewer in a one-to-one encounter.