How Ideology Moved Our Collective Body? 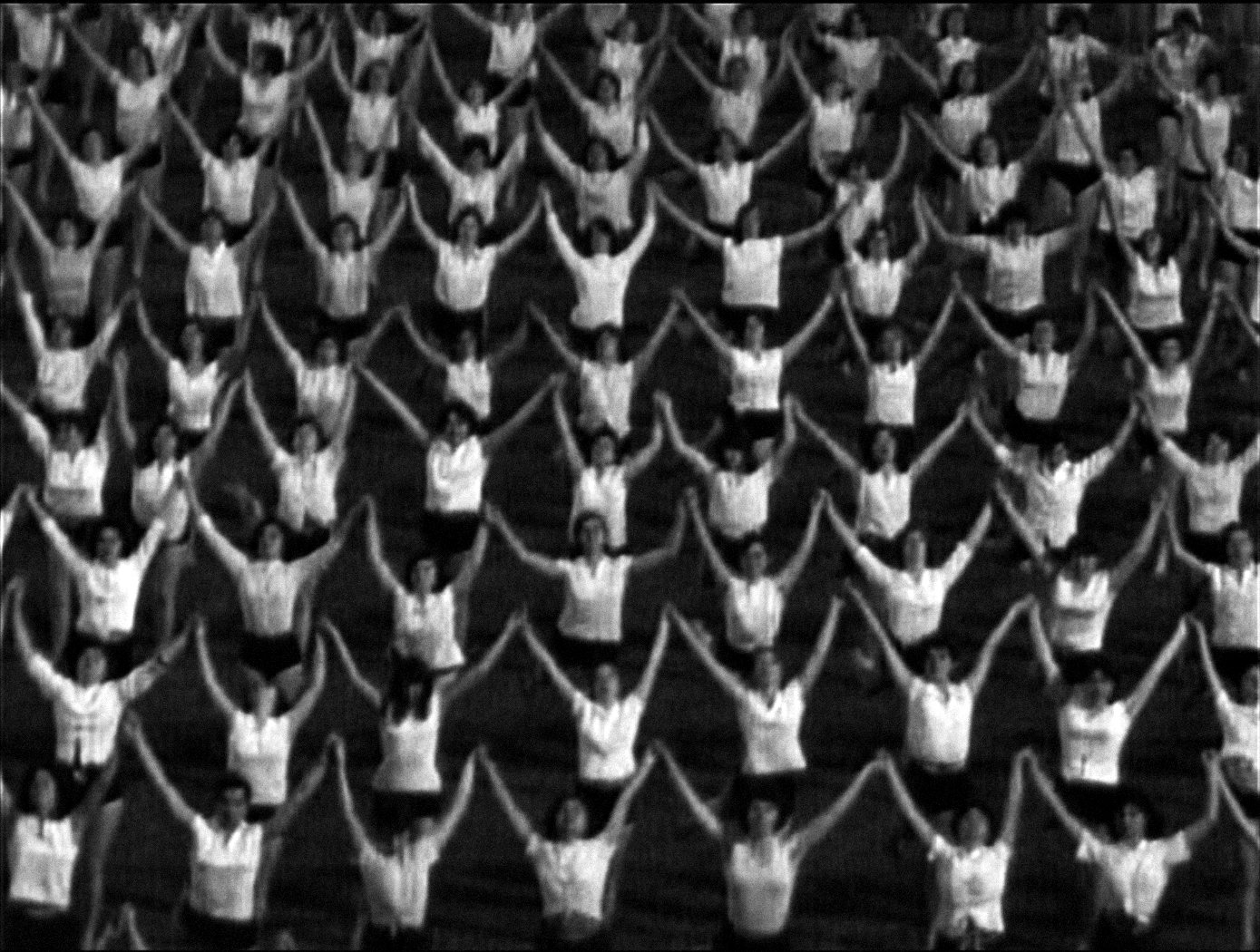 Please join us at BAK, basis voor actuele kunst, Utrecht on Wednesday 23 January 2019 at 19.30 hrs for the Dutch premiere of the film Yugoslavia, How Ideology Moved Our Collective Body (2013) by artist and filmmaker Marta Popivoda. The screening will be followed by a talk with Marta Popivoda and a conversation joined by co-writer and dramaturge Ana Vujanović, moderated by BAK curator discourse and publications Wietske Maas.

A film by Marta Popivoda

Yugoslavia, How Ideology Moved Our Collective Body is a research-based essay film that deals with the question of how ideology performs itself in public space through mass performances. Popivoda collected and analyzed film and video footage from the period of Yugoslavia (1945 – 2000), focusing state performances such as youth work actions, May Day parades, celebrations of the Youth Day, as well as counter-demonstrations, in particular the 1968 student demonstrations, the civic demonstrations in the 1990s, and 5 October Revolution 2000. Traversing this archival footage, the film traces how communist ideology was gradually exhausted through the changing relations between the people, ideology, and the state.

“This ﬁlm is a very personal perspective on the history of socialist Yugoslavia, its dramatic end, and its recent transformation into a few democratic nation states. Experience of the dissolution of the state, and today’s ‘wild’ capitalist reestablishment of the class system in Serbia are my reasons for going back through the media images / archives and tracing the way one social system changed by performing itself in public space.” — Marta Popivoda

Marta Popivoda (Belgrade) is Berlin based filmmaker, video-artist and researcher. Her work explores tensions between memory and history, collective and individual bodies, as well as ideology and everyday life, with a focus on antifascist and feminist potentialities of Yugoslav socialist project. She cherishes collective practice in art making and research, and for several years was part of TkH (Walking Theory) collective, while today she often collaborates with theorist and dramaturge Ana Vujanović in production of films, video installations and performance. Popivoda’s first feature documentary, Yugoslavia, How Ideology Moved Our Collective Body, premiered at the 63rd Berlinale, and was later screened at great number of international film festivals. Her work has also featured in major art galleries, such as Tate Modern London, MoMA New York, M HKA Antwerp, Museum of Modern Art + MSUM Ljubljana etc. Recently, Popivoda received the prestigious Berlin Art Prize for the visual arts by Akademie der Künste Berlin and Edith-Russ-Haus Award for Emerging Media Artist.

The event is organized by artTrace foundation and is a part of Eastern Neighbours Film Festival (ENFF) On Tour program; hosted by BAK, basis voor actuele kunst.

Eastern Neighbours Film Festival (ENFF) presents the best recent films from East and South East Europe. The ENFF aims to acquaint a Dutch and international audience in the Netherlands with the cinema of their eastern neighbours. The ENFF is held each year at the Filmhuis Den Haag in November. Throughout the year, ENFF goes on tour in Utrecht, Rotterdam and Amsterdam. 2019 will be the festivals’ 11th edition. The film program includes feature films, documentaries, short films and animations; most of the selected films are Dutch premieres. Each year the film program is accompanied by several side events, designed to educate and initiate new partnerships. In the presence of prominent guests, directors, artists, producers, actors, and their direct communication with the audience makes ENFF a worthwhile event for every participant and cinema-goer. With screenings, master classes and invited guests, the festival creates a cultural arena where people can come together, share positive messages and enjoy high quality cinema.

Based in Utrecht, artTrace is a cultural foundation for moving image and interdisciplinary cultural production. artTrace initiates, helps realize and distribute works of art and culture, more specifically aimed at visual arts and film. artTrace produces ENFF’s On Tour program in Utrecht. http://www.arttrace.nl