Gerrit Dekker: About no below, no above, no sides 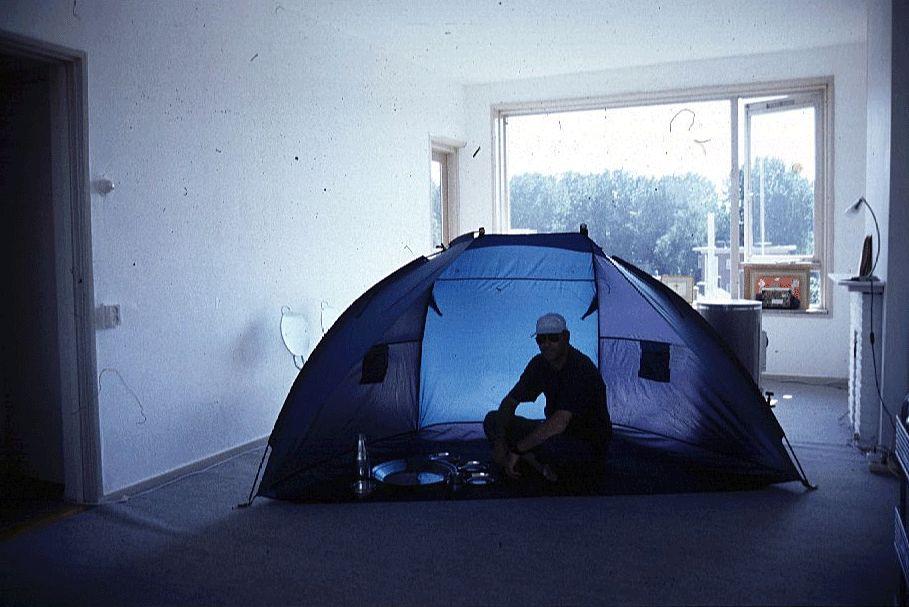 After more than a fifteen-year-long voluntary withdrawal from the structures of the art world, Gerrit Dekker presents his work in a solo exhibition. Dekker’s deliberate choice not to participate in the mechanisms of the art system was grounded in a sincere desire to distinguish art as a concentrated, intimate creative process from the mechanisms of power. This retreat, however, did not mean abandoning art: on the contrary. Although he no longer referred to himself as a visual artist, Dekker insistently kept engaging with aesthetic practice, exploring its various potentials in everyday life. The title of the exhibition refers to a metaphor Dekker uses when describing a loss of orientation (when there is “no below, no above, no sides”) as a sign of his profound engagement in traveling, meeting people, or producing art. In this context, Dekker “collected” subtle gestures from his experiences: ephemeral situations, personal relationships with people, and remnants of “traveling and staying over” in the form of photographic images, mostly on slides. Stored in a tower built out of grey boxes (the slide-holders), together the images form an archive of non-intrusive, quotidian, strangely familiar moments. The slide tower becomes a starting point for an exhibition that explores potentially new meanings of the past as a prerequisite to begin “moving forward.”

Gerrit Dekker (born 1943, lives and works in Arnhem) presented his work in the project Now What? Dreaming a better world in six parts organized by BAK in 2003. In 1988, it was shown at the Museum of Fine Arts in Chandigarh, India in an exhibition with which he brought the more public period of his work to an end. Gerrit Dekker is also known as the long-time artistic partner of Ben d’Armagnac (1940-1978), with whom he produced numerous works and performances from 1966-1975.

book
Gerrit Dekker. About no below, no above, no sides