Have we entered into a pact with the devil? 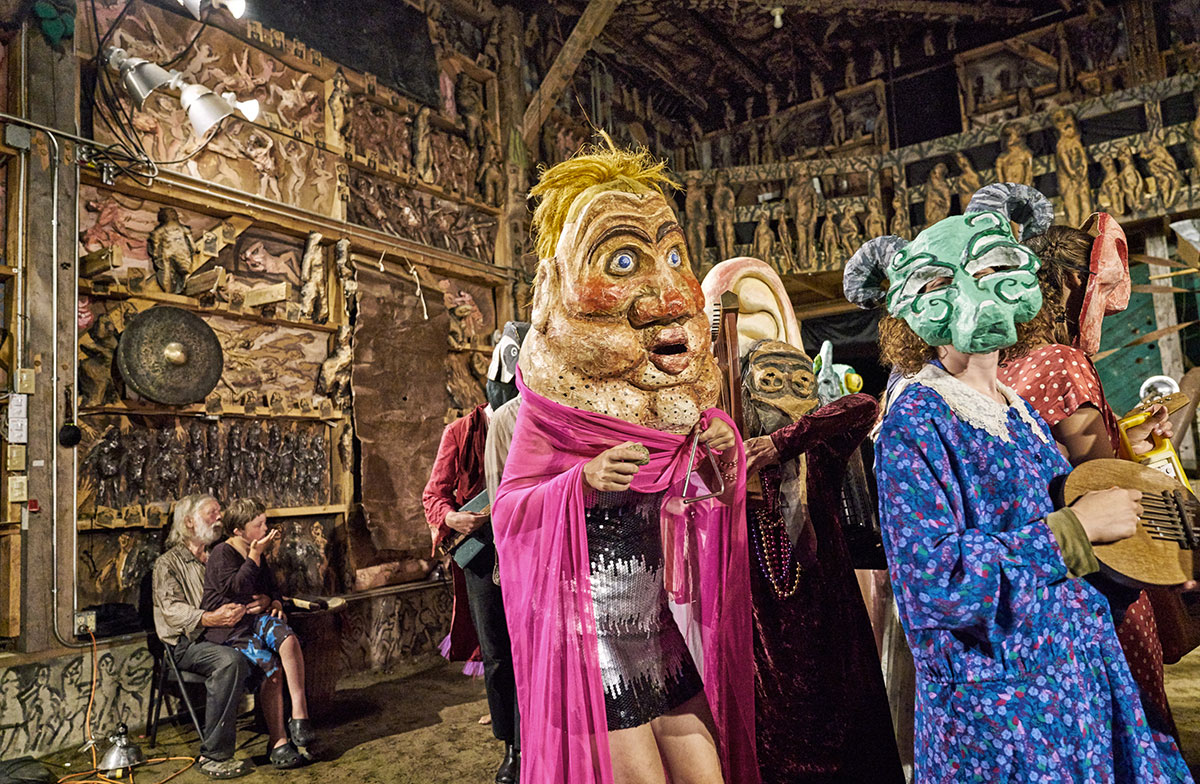 Bread and Puppet Theater, Faust 3: Have we entered into a pact with the devil?, 2016. Photo: Ronald T. Simon

Founded in 1963, Bread and Puppet Theater is one of the oldest nonprofit, independent theater companies in the US. They perform all over the world, particularly in the open air—in public parks and on the streets— under the slogan “Cheap Art and Political Theater”. Inspired by Goethe’s Faust 1 and 2, Faust 3 takes us through a dreamy scape of today’s “proletariat”: from the experiences of refugee migration to the omnipresent threat of guns; from hunger to the contemporary diversity of foodstuffs.

This production of Faust 3 stems from a five-day workshop in which members of the local community joined members of Bread and Puppet Theater to make the puppets and help produce the play, giving this version of Faust 3 a new, local, and individual twist. Characters—represented by the created objects, masks, and puppets—act out a historical narrative that chooses the side of the underdog. Faust 3 raises the question: What pact with the devil are we entering today, and can “the proletariat” still disrupt the established order in 2017? Faust 3 paints a grotesque picture of the world in which we live and weighs the possibilities for alternatives.

The event is a Frascati Session at Frascati and part of BAK’s long-term research project Propositions for Non-Fascist Living.