Alone Again (In the Likeness of Life) 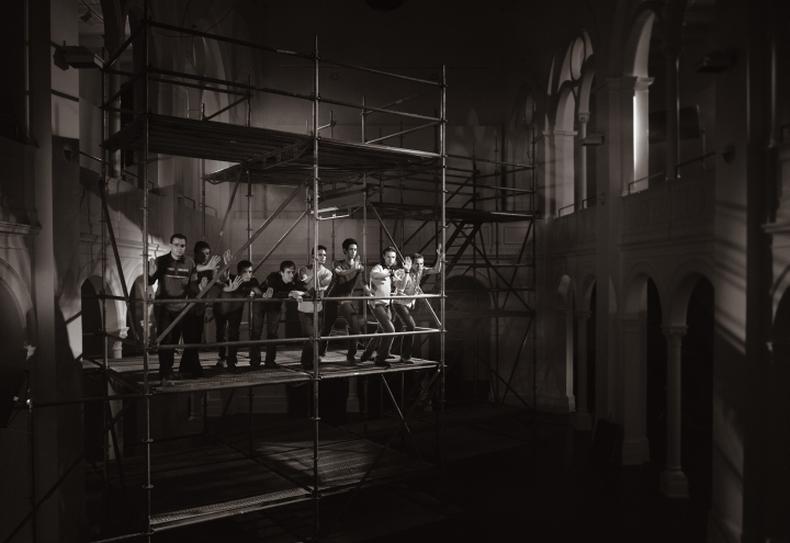 The works by Althea Thauberger contain social and political allegories with an almost purist and vivid visuality. This is one of the post-conceptual characteristics of contemporary art practices in Vancouver, of which Jeff Wall or Stan Douglas are also representative. What is distinctive, however, is that Thauberger’s practice involves an intensive collaborative working process with a group or community that usually results in a musical or choreographic performance and its video, photographic, and/or audio presentation.

The performances of specific groups—very often of youth or adolescents—shown in Thauberger’s works have a dramatic, theatrical quality, accentuated by (un)natural settings. In spite of the eccentric formal charms of these performances, they nonetheless have an alienating effect. Viewers often remain puzzled about the contradictory display of vulnerability and empowerment in the performances. Being “together” in a quasi-collective form can be both liberating and constraining, and here the individual is confronted with the political possibilities of togetherness as well as by its limitations. “Alone again in the likeness of our life” is where Althea Thauberger leaves us.

From 14 January until 25 February 2007, BAK, basis voor actuele kunst presents Alone Again (In the Likeness of Life), a solo exhibition by Canadian artist Althea Thauberger. The opening takes place on Saturday 13 January 2007 at 20.00 hrs. Alone Again (In the Likeness of Life) is Althea Thauberger’s first solo exhibition in Europe. The exhibition presents five video and audio works by Thauberger, all of which are made up of collective performances, the result of her collaborations with various groups and communities.

BAK and De Appel jointly invite you to attend. A performance program takes place in the context of the project If I Can’t Dance… Part II (Feminist Legacies and Potentials in Contemporary Art Practice) at De Appel in Amsterdam between 13.00 hrs and 19.00 hrs, followed by the opening of the exhibition by Althea Thauberger at BAK at 20.00 hrs.

newsletter
Althea Thauberger: Alone Again (In the Likeness of Life)

conversation
06.02.2007
Althea Thauberger: Alone Again (In the Likeness of Life)