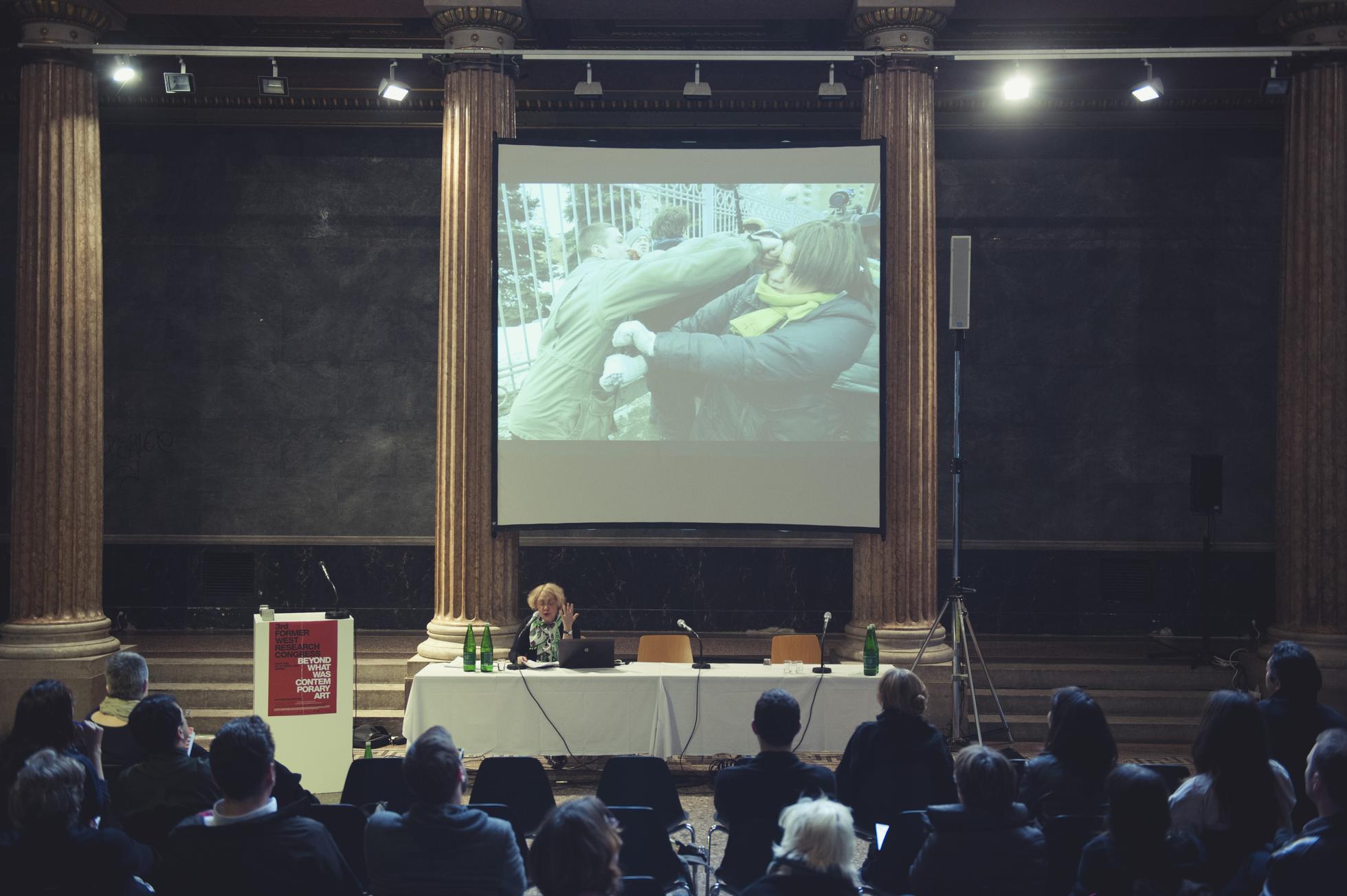 If we imagine Contemporary Art to be a historical period that emerged from 1989 in parallel to other hegemonic formations such as global neoliberalism, could it be argued that, in sync with the current seismic shifts in society, politics, and economy, it has now reached a dead end? Is Contemporary Art—art in and of the epoch of neoliberalism—on its way out, together with the system that made it possible? What kind of challenges and possibilities might then lie before us in the space of art in times when “business as usual” is no longer an option? Can we speculate collectively on how to move beyond the present confines of Contemporary Art’s normalized and normalizing practices, and articulate what can appear from Contemporary Art’s “formerness?”

Part One of the 3rd FORMER WEST Congress puts forward a number of propositions to engage with these questions during a two-day gathering of artistic and cultural practitioners on 19–20 April 2012 in Vienna. Shaped by these discussions, Part Two unfolds in Utrecht in September 2012. The 3rd FORMER WEST Research Congress, Part One: Beyond What Was Contemporary Art is developed by BAK, basis voor actuele kunst, Utrecht and co-curated by Marion von Osten, FORMER WEST research advisor and Professor at the Academy of Fine Arts Vienna, Vienna.

The 3rd FORMER WEST Congress, Part One: Beyond What Was Contemporary Art, is realized in collaboration with the Academy of Fine Arts Vienna and Secession, Vienna and is generously supported by the Mondriaan Fund, Amsterdam; ERSTE Foundation, Vienna; and the Embassy of the Kingdom of The Netherlands in Vienna.

For more information regarding the FORMER WEST project, see here.