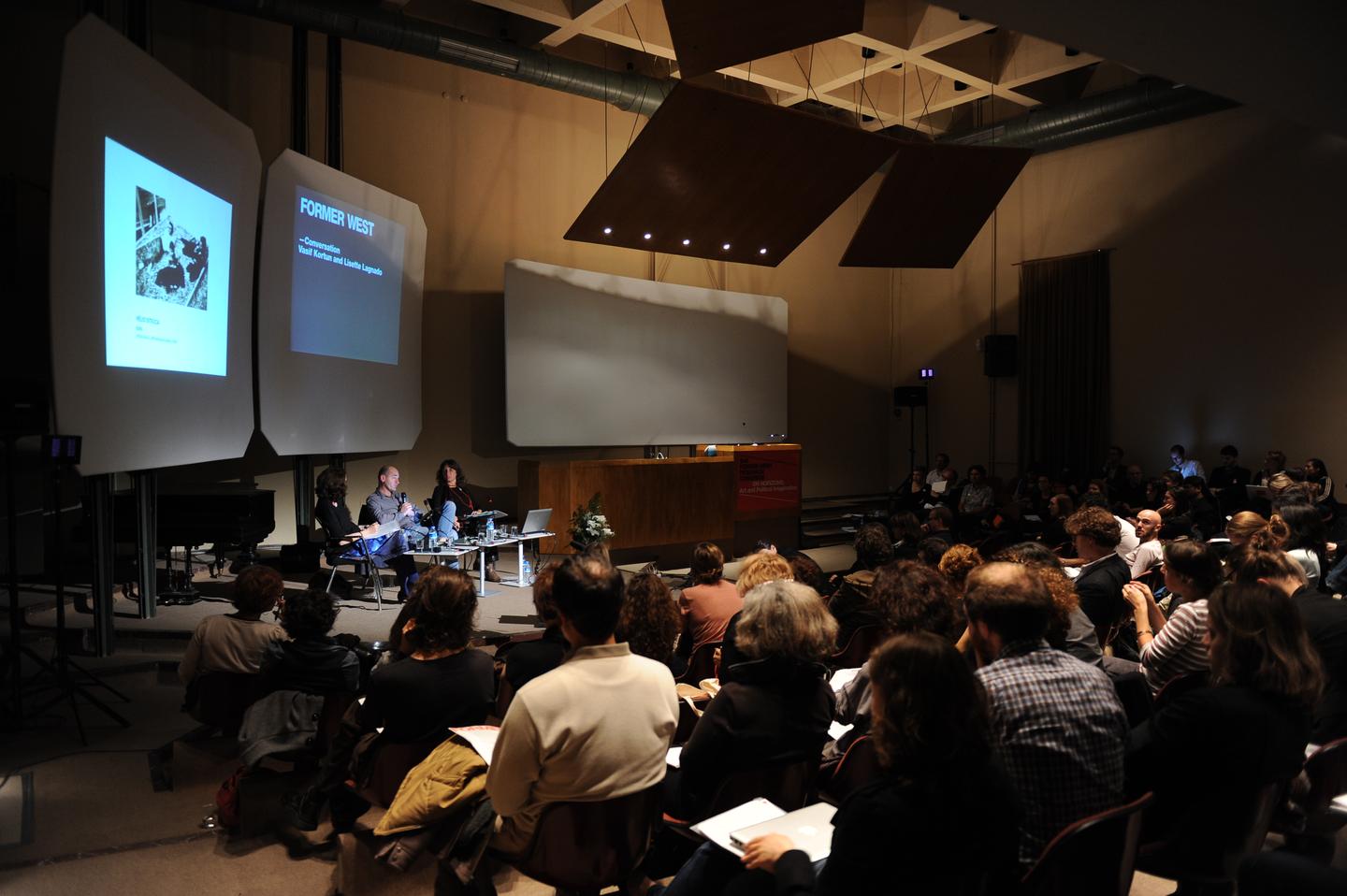 A detailed program and video recordings of all lectures presented during the 2nd FORMER WEST Research Congress, On Horizons: Art and Political Imagination, are available here.

The 2nd FORMER WEST Research Congress, titled On Horizons: Art and Political Imagination, takes place on 4–6 November 2010 and revolves around the theoretical notion of the “horizon” in relation to contemporary artistic production and political imaginaries. As part of the series of public gatherings aimed at rendering visible and furthering the artistic, curatorial, and academic research in which the project FORMER WEST is grounded, it conceptually links to and departs from work undertaken during the 1st FORMER WEST Research Congress (November 2009), which brought together international artists, educators, scholars, and curators in a collective effort to critically map post-1989 artistic, theoretical, historical, and political developments with respect to the problematic of the West’s “formerness.”

On Horizons: Art and Political Imagination understands the contested term of the horizon as not only suggestive of political aims or utopias, but as the very frame for any aesthetic and political project. Since the 1989 (default) victory of capitalist democracy over the only functioning competing ideological system, communism, the loss of an overarching project of social progress seems to have left the world bereft of a horizon of opposition to the dominance of free-market capitalism. Nevertheless, an idea of the political understood as an impulse for empowerment against the illusion of hegemonic consensus seems to have found its home in contemporary art, reclaiming with renewed vigor art’s potential as a mode of practice that can lead to social change. The international artists, scholars, and curators participating in the 2nd FORMER WEST Research Congress, On Horizons: Art and Political Imagination, explore how diverse forms of artistic and cultural production, as well as their discourses, designate or foreclose certain aesthetic and political horizons, and how they partake in specific imaginaries or may even produce new ones.