Instituting for the Contemporary – deel 2 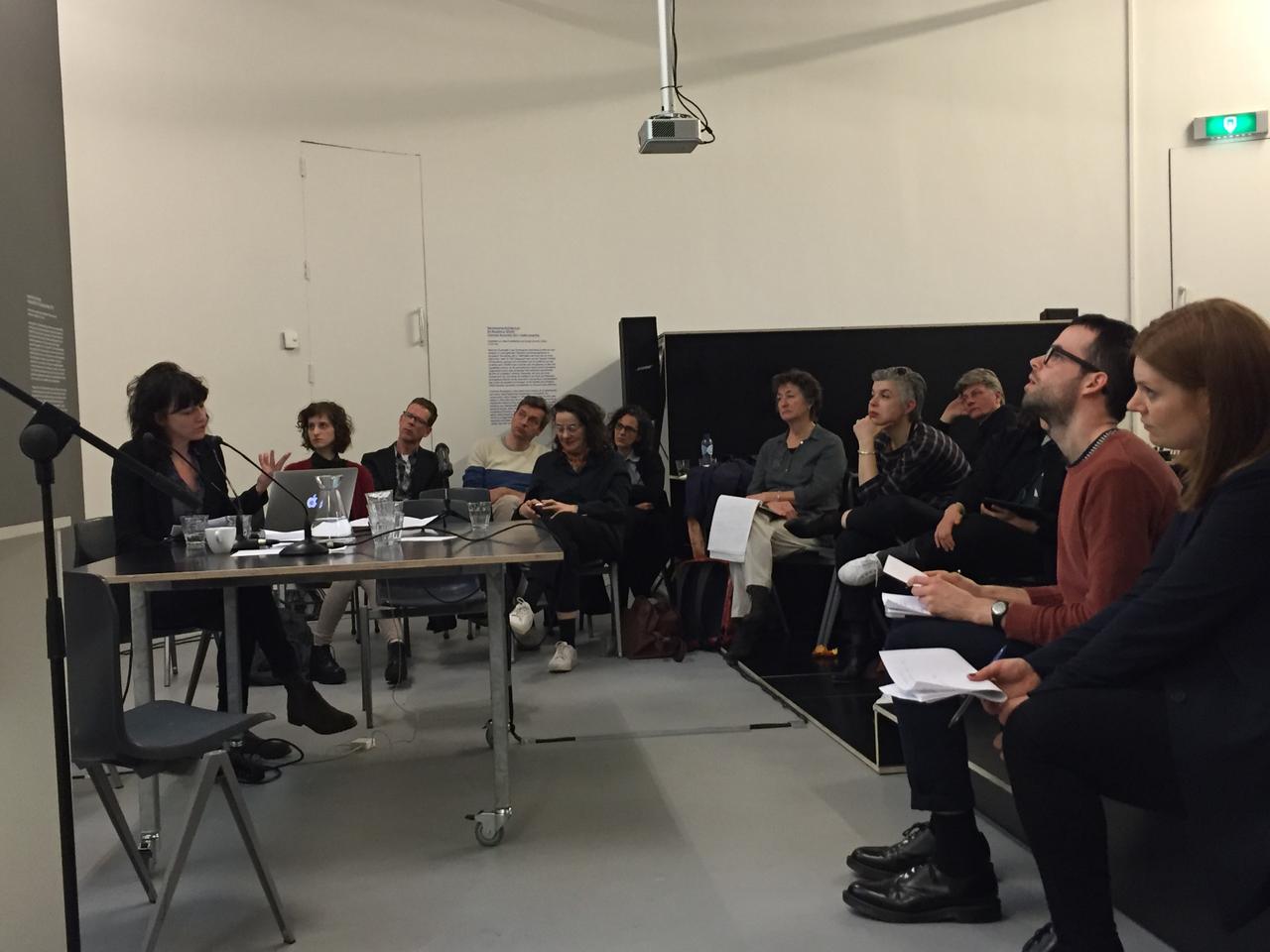 Bernadette Buckley is a writer and academic whose research explores the relationship between art and politics, art and conflict, cultural studies, and philosophy. Currently, she is Lecturer in International Politics at Goldsmiths College, London. Prior to joining Goldsmiths in 2007, she taught Contemporary Art Theory & Practice at the International Centre for Cultural and Heritage Studies, Newcastle University, Newcastle upon Tyne, where she established the Gallery and Art Museum Education Studies MA program. Buckley was also Head of Education and Research at the John Hansard Gallery, University of Southampton, Southampton. In addition to writing for journals and art publications such as Brumaria, Postcolonial Studies, and Review of International Studies, her writings have appeared in numerous exhibition catalogues and anthologies, including Art and Conflict (2014), The Destruction of Cultural Heritage in Iraq (2008), and Art in the Age of Terrorism (2005). Buckley sits on the academic Advisory Board for Tate Papers and the Journal for Museum Education. She is on the steering group for Tate Learning Research Centre and the advisory committee for Artaker, which promotes encounters between peace-builders, researchers, and cultural organizations on the one hand, and artists and creative practitioners on the other. Her research has been supported by grants from the Arts & Humanities Research Council, Arts Council England, En-quire, Heritage Lottery Fund, and the Welcome Trust. Buckley lives and works in Bristol and London.

Füsun Türetken is an architect and writer. She is Head of Visual Culture at Willem de Kooning Academy Rotterdam University and lecturer at [MIARD], Piet Zwart Institute. Füsun is research fellow with Research Architecture, Goldsmiths University London. She has lectured and written on diverse topics within visual culture, including conflict, military and power structures. In her PhD research she formulates a critique on conflict and capital (with a focus on a specific site in the United States) through the concept of panmetallism. She has co-authored a number of works exploring potential counter-geographies of the contemporary city, including Does The Bus Stop Here?, Istanbul, 2011; and No Name In The Street, Slade London, 2011; and the Venice Architecture Biennale, Venice 2006 and 2008 respectively, as well as showing solo work at Göteborg International Biennial for Contemporary Art, Göteborg, 2013. Her latest exhibition Opening, Opening, Opening was shown at Galerie de Kromme Elleboog, Rotterdam 2016. Her latest publications include, “Breathing Space: The Amalgamated Toxicity of Ground Zero“ in Forensis, the Architecture of Public Truth (2014), and forthcoming, a conversation with Irit Rogoff “To encounter the contemporary” in Volume Magazine Nr. 48, May 2016, and “Cubical Warriors”, UCL Press, October 2016.