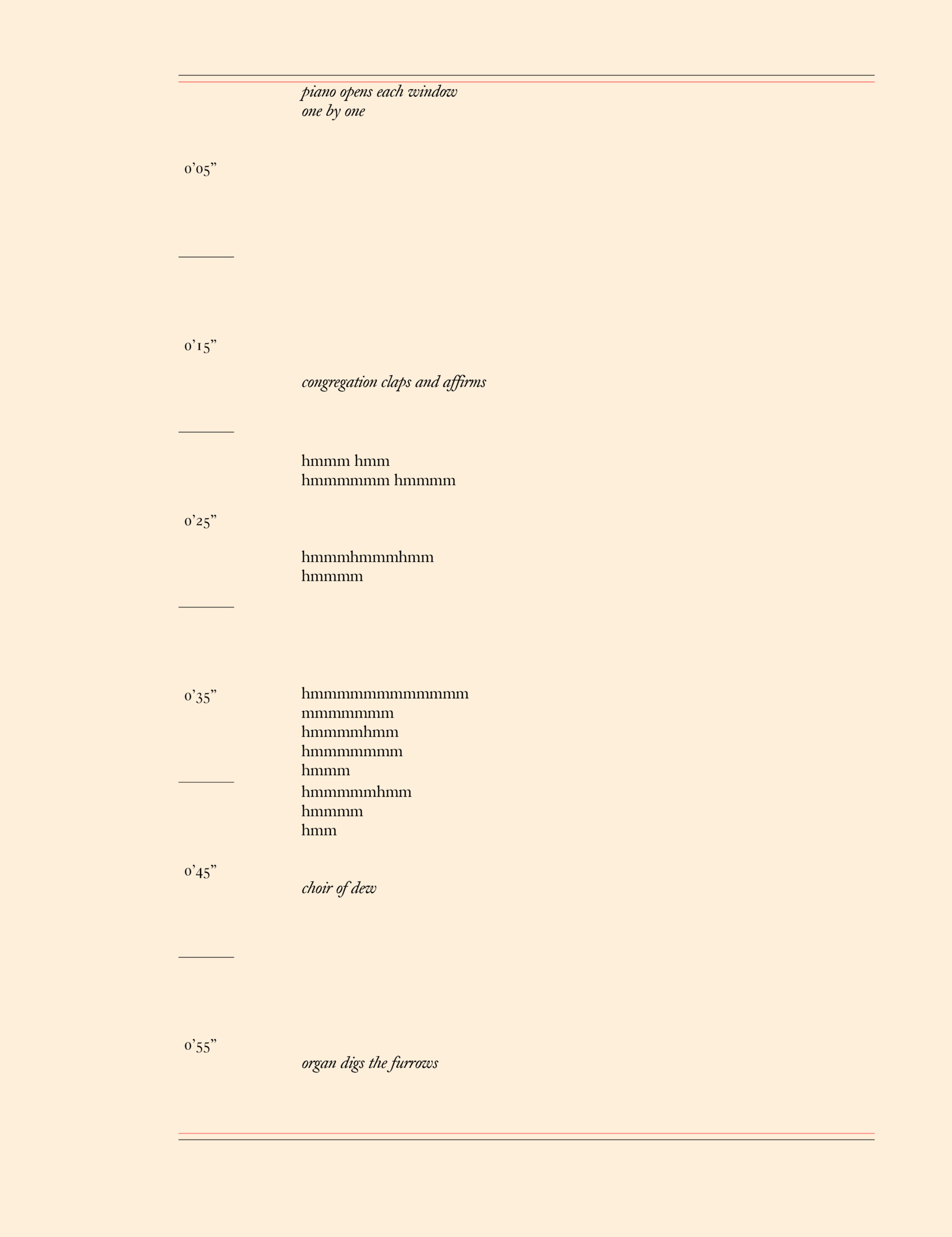 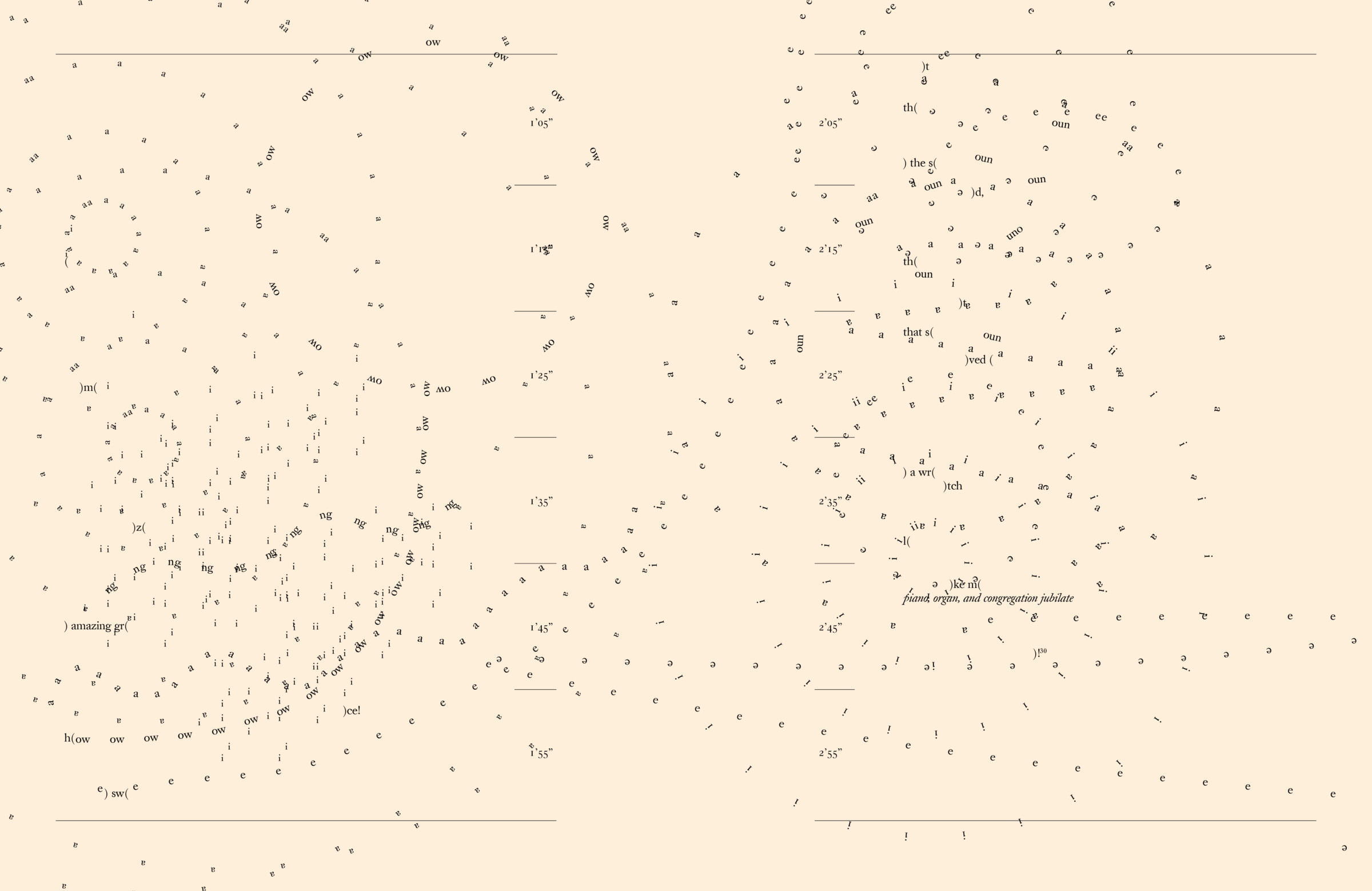 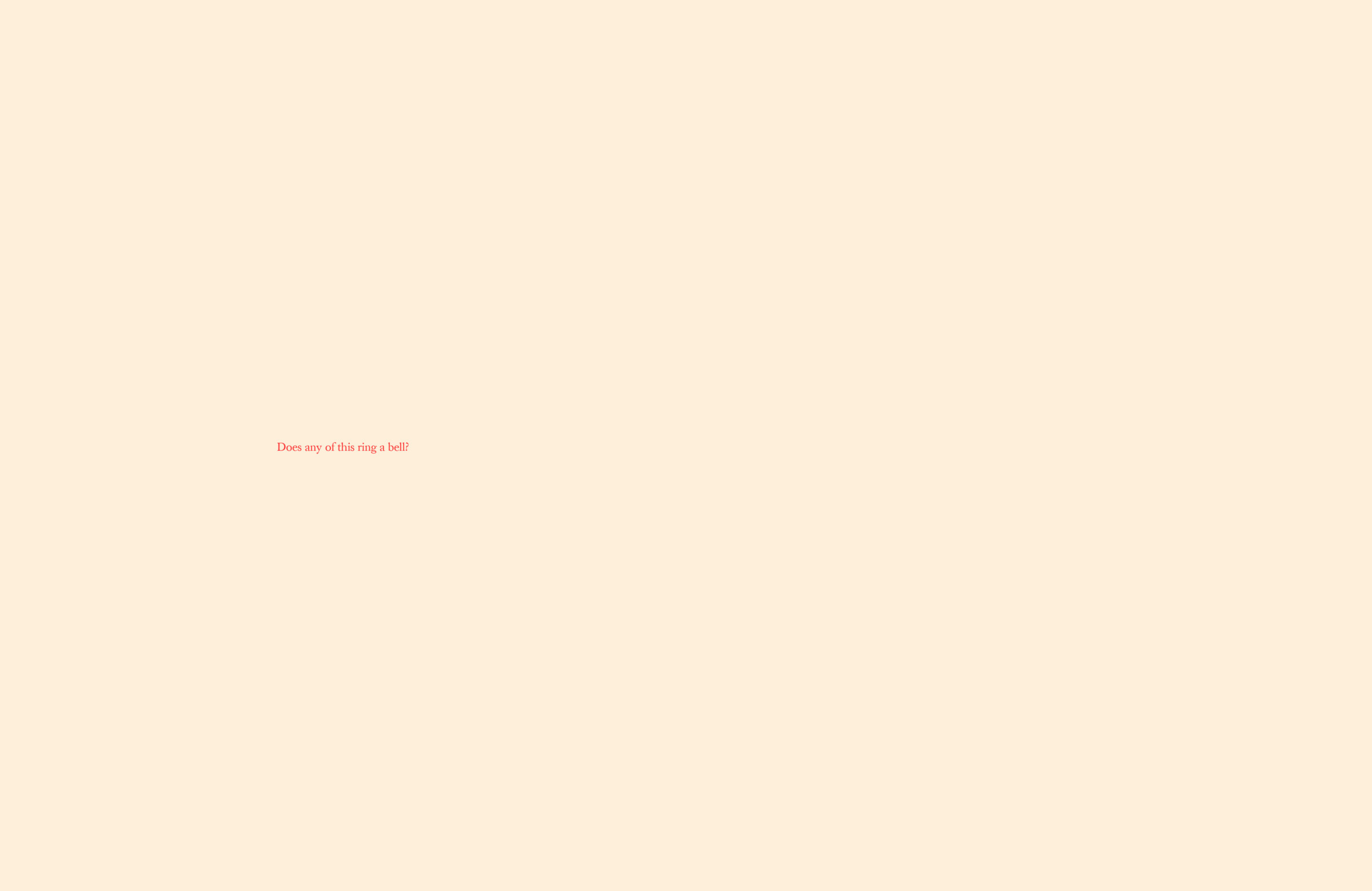 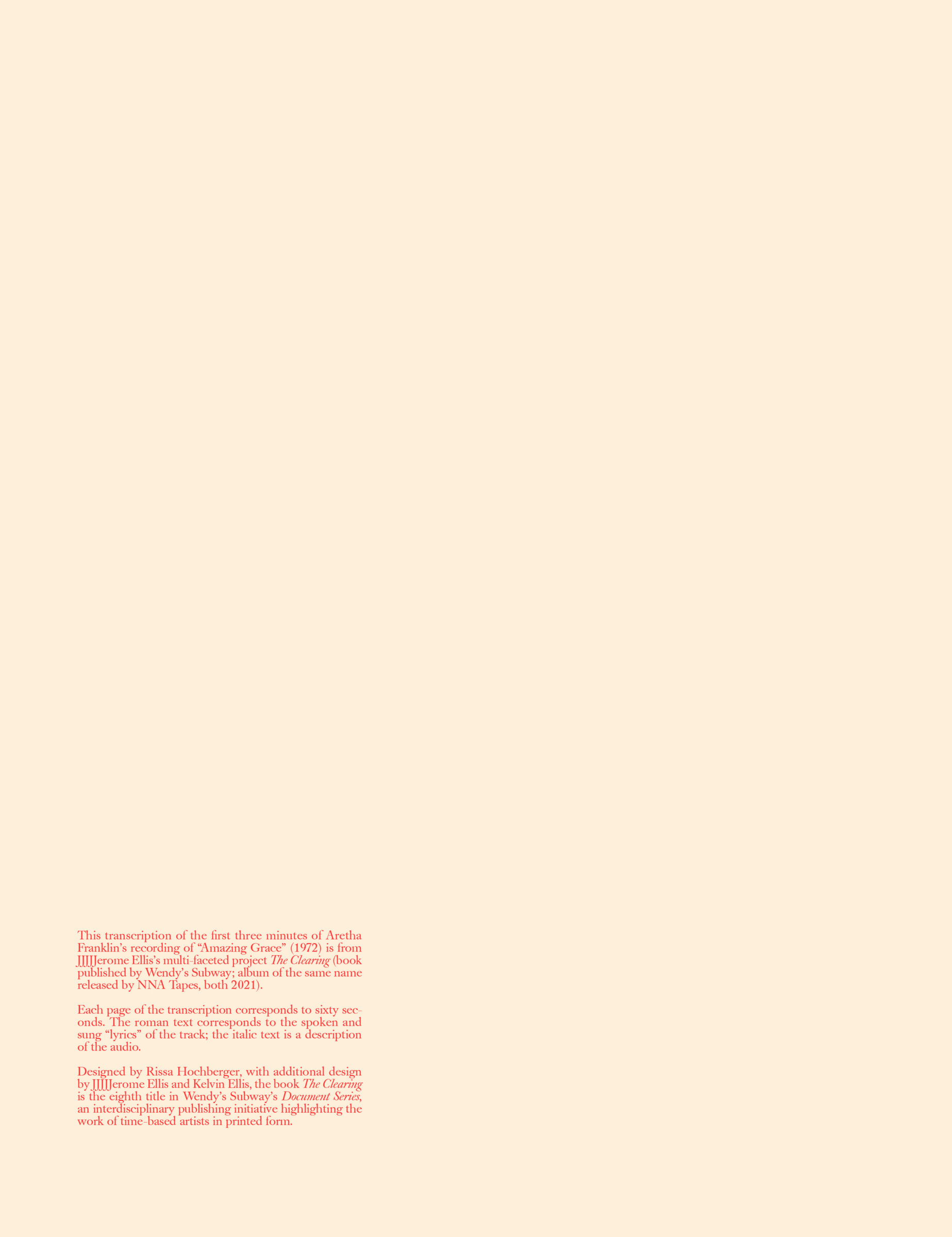 A transcription of the first three minutes of Aretha Franklin’s recording of “Amazing Grace” from her album Amazing Grace (1972).

Welcome to the Clearing!

“In the name of the Holy Trinity here begins the Book of Hymns / by Notker the Stutterer, a confessor of Christ, from the monastery of St. Gall.”[1]

Can melisma hold joy? A possible answer comes from Augustine, bishop of Hippo (in present-day Algeria). He uses the word jubilus or jubilatio to refer to melisma. Around 400 AD he writes: “For they who sing, either in the harvest, in the vineyard, or in some other arduous occupation, after beginning to manifest their gladness in the words of songs, are filled with such joy that they cannot express it in words, and turn from the syllables of words and proceed to the sound of jubilation. The jubilus is something which signifies that the heart labors with what it cannot utter. And whom does jubilation befit but the ineffable God? For he is ineffable whom you cannot speak. And if you cannot speak him, yet ought not to be silent, what remains but that you jubilate; so that the heart rejoices without words, and the great expanse of joy has not the limits of syllables?”[28] About sixteen hundred years later, in January 1972, Aretha Franklin sings “Amazing Grace” at the New Temple Missionary Baptist Church in Los Angeles. The recording is on her 1972 album Amazing Grace [see a transcription of the first three minutes of this recording above]. She takes a hymn she knows most people in the church will know and makes clearings all through it. She makes of every syllable an arrival. Rubato is necessary here. Steadiness cedes to unsteadiness to find a deeper steadiness. She dehisces[29] the hymn, makes it porous, that all may gather therein. She reminds us that a syllable is an opportunity for tarrying, for dilation, for divergence, for abundance. This is a rebuttal to “time is money”: Aretha and the congregation gather their wealth around them in the ample time she takes for the hymn. Hymn as a palace where everyone has a room. We hear the congregation receive again and again the black melismatic impact.[30] I am writing from Lenapehoking, the traditional territory of the Lenape people. I acknowledge, respect, and honor them as the original stewards of this land. I acknowledge, respect, and honor their continued presence here. The Clearing is an experiment in melismatic writing.

[2] Idiophone means that the instrument’s body itself vibrates and radiates sound without the need of stretched membranes (membranophones), strings (chordophones), or columns of air (aerophones).

[4] Frank B. Wilderson III offers: “The Western’s cinematic imaginary casts the ‘Savage’ as a ‘clear and probable’ danger lurking just beyond the Settler’s clearing. The clearing, then, is imagined by the Western as a space whose safety is under constant, if sometimes unspoken threat from ‘Savages’ who inhabit the ‘frontier’ or who, typically at the beginning of a film, have inexplicably ‘jumped the reservation.’ Clearing, in the Settler/’Savage’ relation, has two grammatical structures, one as a noun and the other as a verb. But the Western only recognizes clearing as a noun. Westerns call on us to bow our heads reverently, to give this noun a proper name and refer to it fondly, the way Christians gave the child a proper name and called it ‘the Little Baby Jesus.’ Similarly, the Western interpellates us with such reverence to the clearing, whose proper name might be the Little Baby Civil Society, a genuflection bestowed on the clearing by, for example, Stagecoach and other films by John Ford. But prior to the clearing’s fragile infancy, that is, before its cinematic legacy as a newborn place name, it labored not across the land as a noun but as a verb on the body of the ‘Savage,’ speaking civil society’s essential status as an effect for genocide. What would happen to the libidinal economy of civil society if, over the course of one hundred years, it had been subjected to twenty thousand cinematic mirrors, films about itself in which it was cast not as an infant cartography of budding democratic dilemmas, but as a murderous projection, a juggernaut for extermination?” Wilderson, Red, White & Black: Cinema and the Structure of U.S. Antagonisms (Durham, NC: Duke University Press, 2010), p. 207. See also Tiffany Jeannette King, In the Clearing: Black Female Bodies, Space and Settler Colonial Landscapes (PhD diss., University of Maryland, College Park, 2013), https://drum.lib.umd.edu/handle/1903/14525?show=full.

[5] Historically, Christian baptisteries were often octagonal. The number eight symbolizes eternity in some branches of Christianity.

[8] See George Featherstonhaugh, Excursion Through the Slave States, From Washington on the Potomac, to the Frontier of Mexico, Vol 1 (London: John Murray, 1844), pp. 120–123.

[19] See Mark M. Smith, Mastered by the Clock (Chapel Hill, NC: University of North Carolina Press, 1997) for a robust discussion of time and sound in the antebellum South.

“The Clearing: Melismatic Palimpsest” is a modified version of JJJJJerome Ellis’s “Preface or Prevoice or Melismatic Palimpsest,” which together with “Dysfluent Waters” was originally published in The Clearing (New York: Wendy’s Subway, 2021). Designed by Rissa Hochberger, with additional design by JJJJJerome Ellis and Kelvin Ellis, The Clearing is the eighth title in the Document Series, an interdisciplinary publishing initiative highlighting the work of time-based artists in printed form. For more information, visit Wendy’s Subway here. 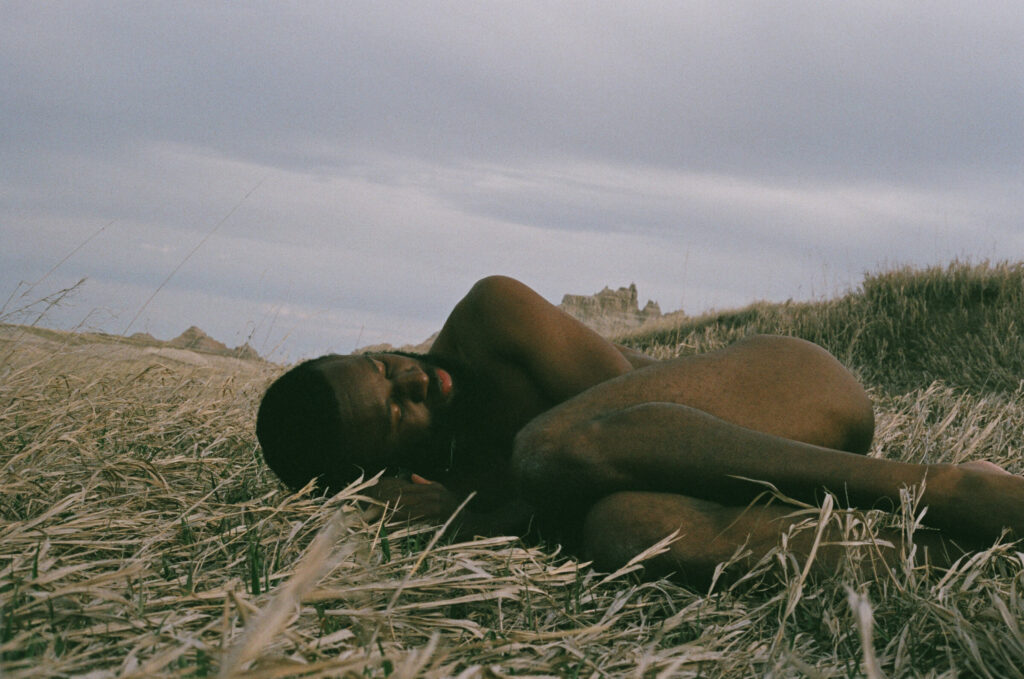 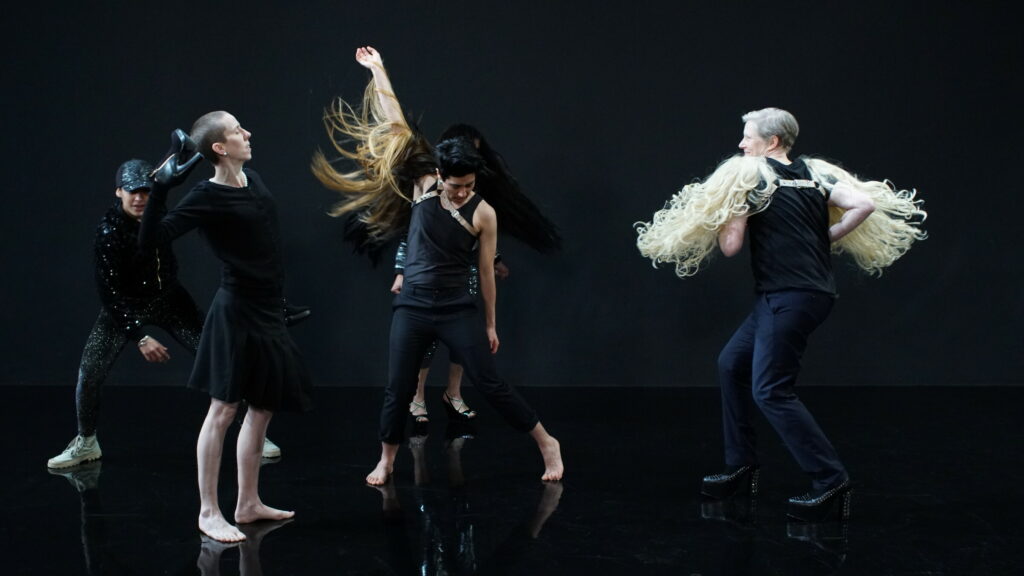 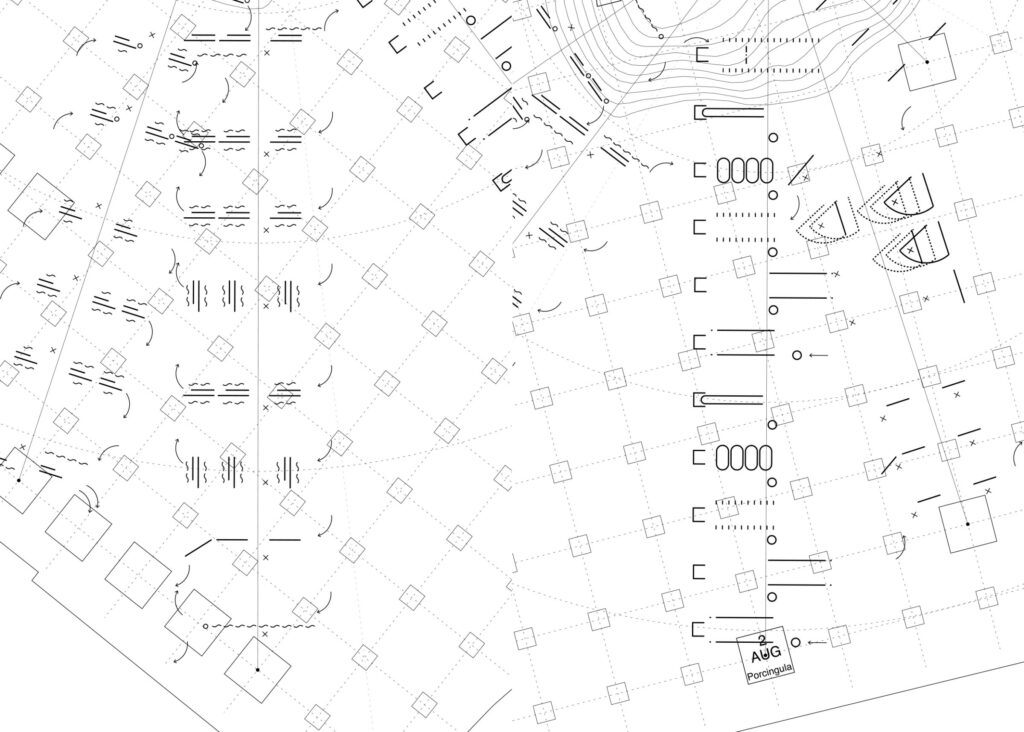 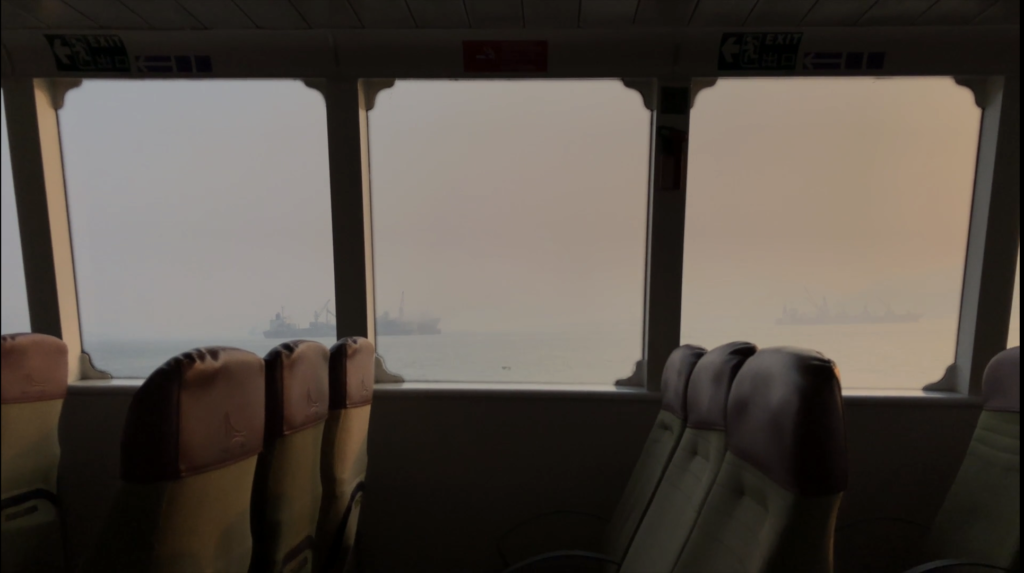 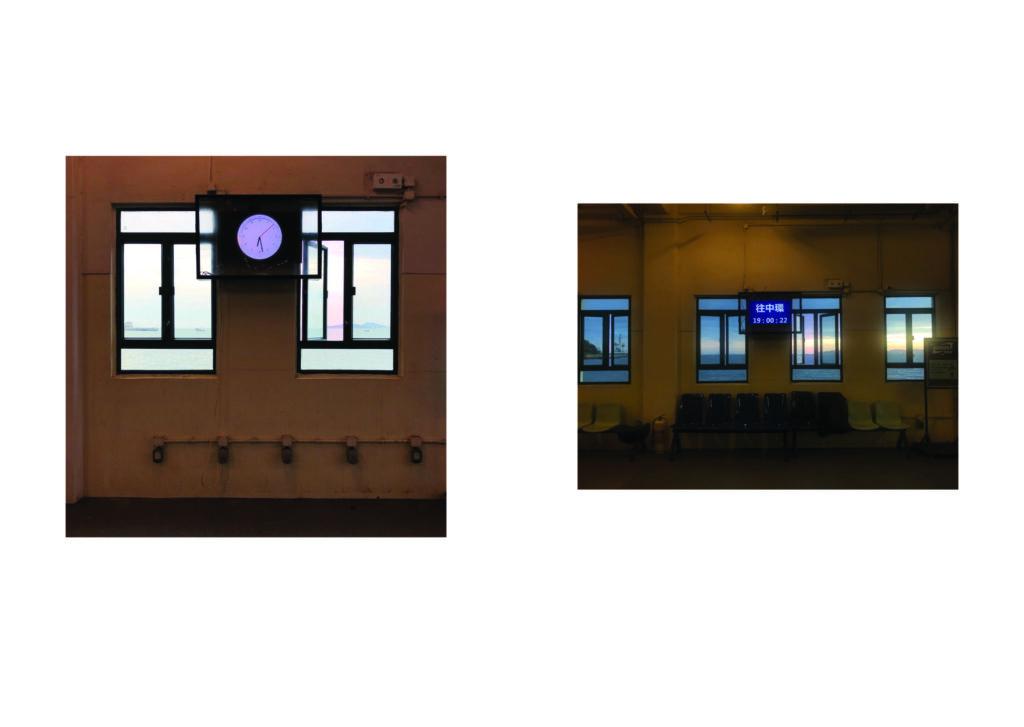 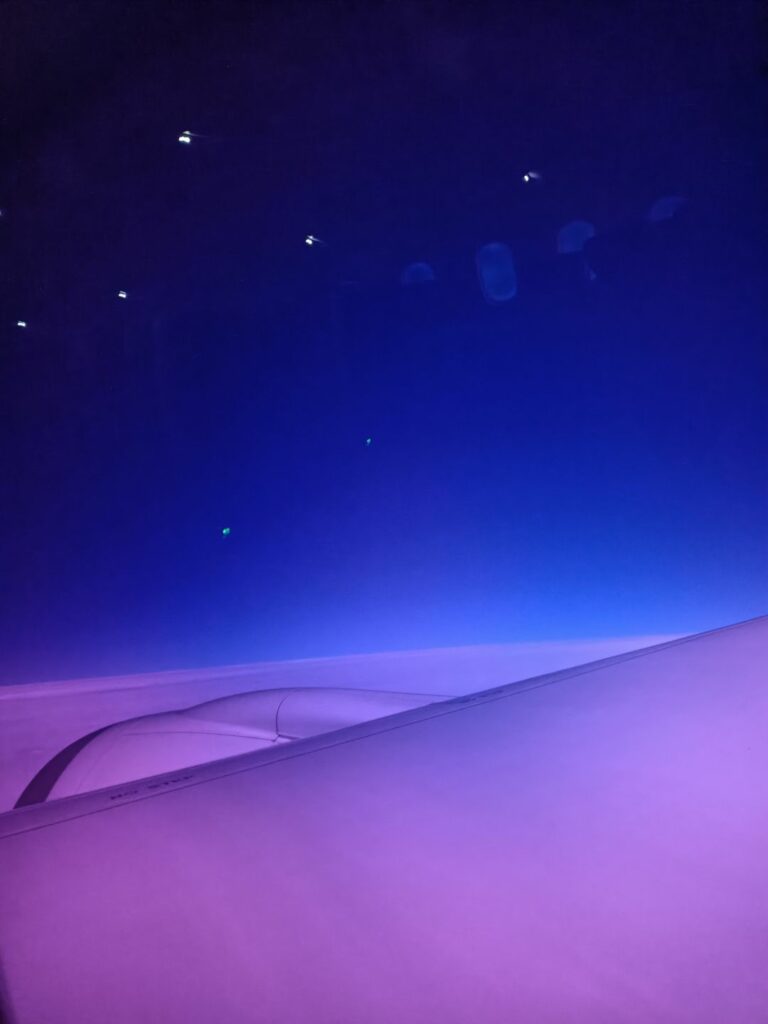 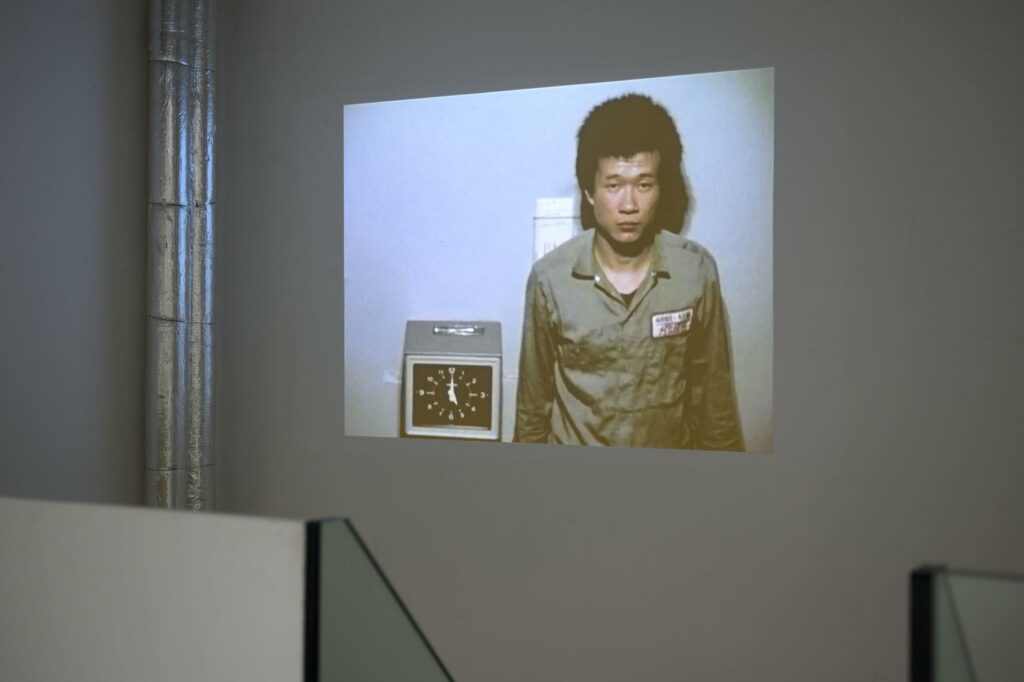 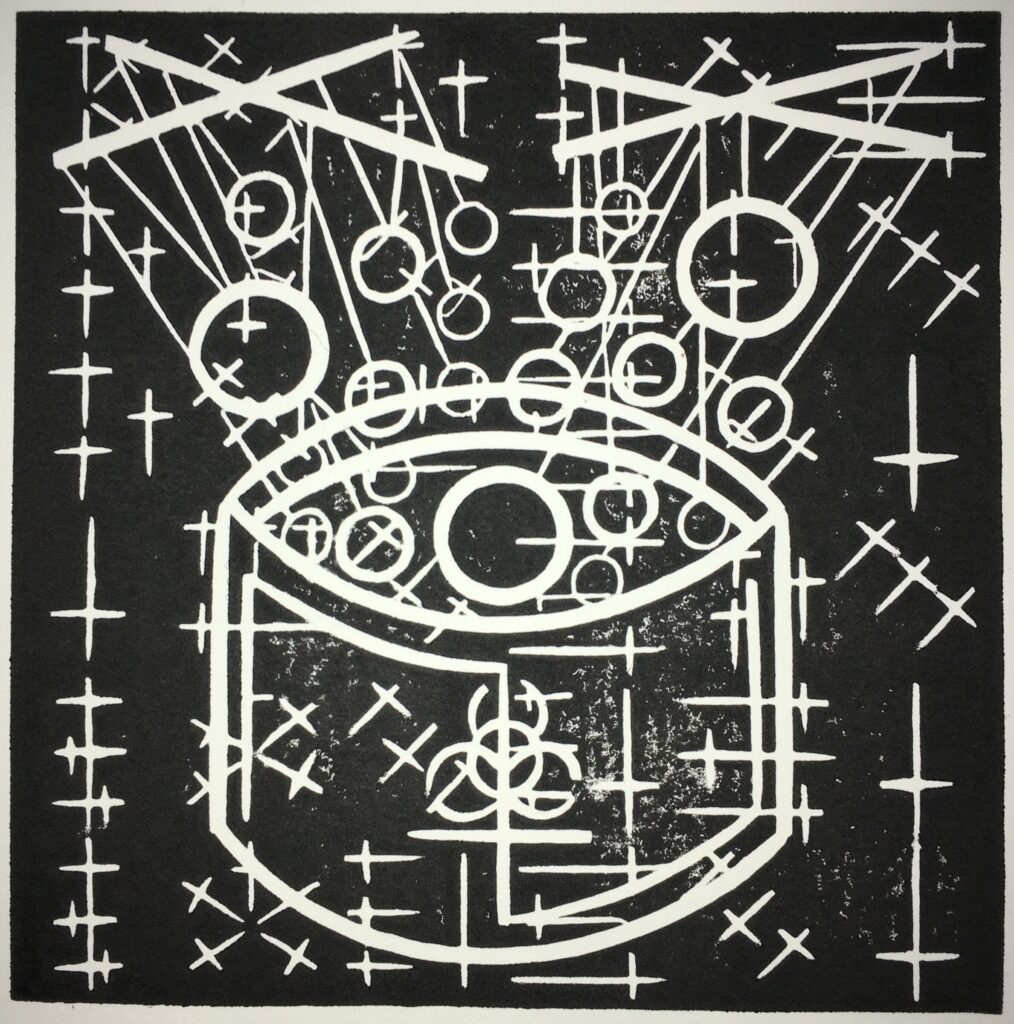 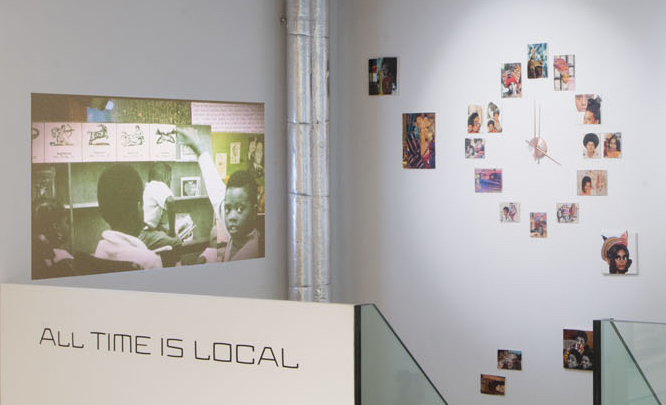 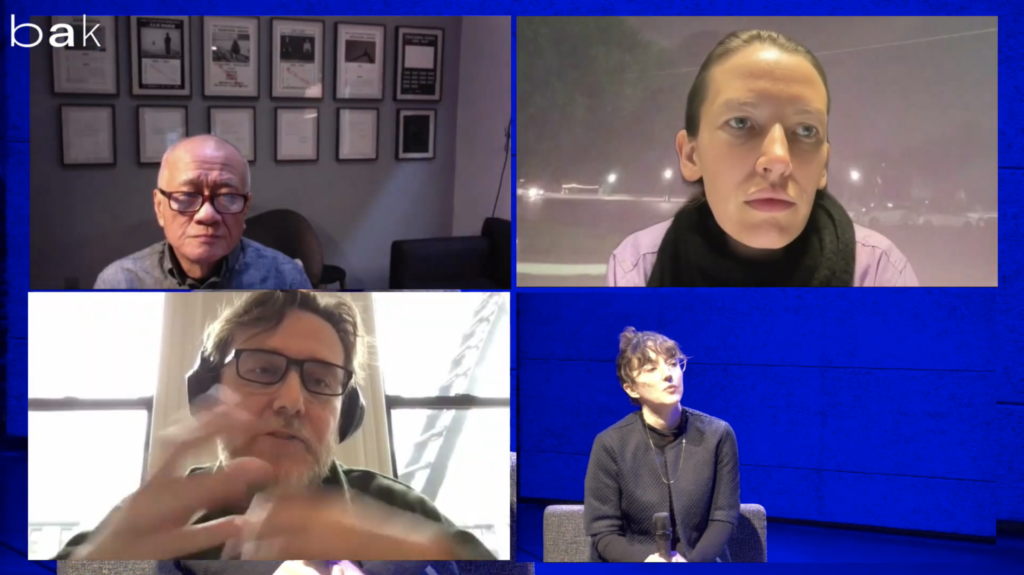