For more than two decades, anthropologist and filmmaker Massimiliano (Mao) Mollona has been doing ethnographic fieldwork on the dehumanizing forces of extractivism. In this text, Mollona recounts his comparative fieldwork in researching how working-class communities of Sheffield and Volta Redonda—two world peripheries—experienced and struggled against the precarity and segregation inflicted by colonial capitalism. From a first person perspective, Mollona considers ethnographic fieldwork not as as a form of “hard” knowledge-production, but as a radically open and relational practice which could potentially constitute a political and cultural commons.

For over twenty years, I have been doing ethnographic fieldwork on extractivism, researching processes of state violence, social exclusion, and urban segregation generated by capitalist forms of living in the shifting relationships between global centers and global peripheries.

For sixteen months between 1999 and 2000, I lived in a working-class neighborhood of Sheffield, among boarded-up pubs, derelict factories, and Roma campsites. There I worked in two local steel factories: a small engineering workshop with twenty non-unionized and underpaid workers and an integrated steel plant with 200 workers, mostly unionized. I wanted to know what strategies of survival the working class in Sheffield had developed in the face of the radical deindustrialization and privatization of their city, initiated by Conservative Prime Minister Margaret Thatcher and continued under Tony Blair’s New Labour, and its momentous reconversion under a post-industrial economy. After my research in Sheffield, between 2008 and 2018, I conducted fieldwork in Volta Redonda, a Brazilian town in the state of Rio de Janeiro that lies in the middle of a valley of former coffee plantations. Volta Redonda is where South America’s first steel mill—Companhia Siderúrgica Nacional (CSN)—was installed in 1946 under the dictator Getúlio Vargas. I lived in a favela for one year and researched in the CSN, which remains the largest mineral and industrial complex in South America and one of the world’s biggest polluters. I saw firsthand how Black and working-class communities from favelas and urban squats deal with daily economic dispossession and environmental degradation produced by the CSN. I wanted to compare how the working-class communities of Sheffield and Volta Redonda—two world peripheries—experienced and struggled against the dehumanizing forces of capitalism and to highlight the universality of the everyday struggles, the common vocabularies, and the enduring solidarities of people who lead precarious lives.

But what can one’s fieldwork say or do about capitalism, the relationships between core and periphery, or the future of labor struggles? How does one relate the experience of fieldwork to the structural articulation of capitalism in space and time? With what temporal delay do global and national political and economic events (crises, coups, inflation, electoral victories, and radical privatizations) impact on everyday life and, in turn, what is the cumulative effect of local actions on the broader context? Indeed, although my fieldwork is motivated by the attempt to understand the causes of structural inequalities and the impulse to act upon them, the politics of fieldwork consists of unspoken, hardly visible, affective micro-interactions whose consequences are often unpredictable. In its temporal and spatial suspension—between identification and distance, both pregnant with possibilities but also already overdetermined—anthropological fieldwork requires a radical openness and a constant suspension of belief, analytical displacement, and relational attunement. More than a methodology, it is a poetic and relational praxis in the sense discussed by Édouard Glissant in The Poetics of Relations (1990).

Instead of considering fieldwork as process of empiricism or “hard” knowledge-production, I take it as a political performative process involving juxtapositions of different practice-based and action-oriented “confabulations,” mediated by and catalyzed through my body; “queer” in the sense highlighted by Sara Ahmed, that is, materially grounded in the uneven politics of the encounter. My encounters transgress assumptions about what is “real,” itself a decolonial question according to Uruguayan political ecologist Eduardo Gudynas.[1] Approached though the elemental and sensuous phenomenology of the body, reality loses its objectivity and fixity and becomes open, molecular, always transforming, and affective. For example, I came to understand ecological injustice—that is, the relationship between toxicity and class inequality as it is experienced by Black and brown bodies—by walking in favelas and working-class neighborhoods—where I could feel the exceptionally high concentration of fumes, coal dust, and industrial noise through all my senses. Fieldwork always involves the irruption of foreign bodies that complicates the politics of inclusion and exclusion, of cultural appropriation and of the right to appear. It is becoming a foreigner (rather than a native)—an exilic and haunted presence that makes each social encounter unique and valuable. It is building social relations and spending time together, developing common vocabularies and support structures, understanding each other, mirroring, exchanging, and acting in common. Fieldwork is an exchange among people who are committed to being together relationally in the long term. To move across toxic landscapes, make sense of unformed and unfolding material, and build trusting bonds out of tense, awkward, and stratified social relations, I had to develop a relational practice, experimental and choreographic, which included the ability to process dream-like fragments of feelings and perceptions into some sort of structured, although impermanent, hypothesis about the world. In my book Art/Commons (2021) I argue that such radical openness in ethnographic fieldwork could potentially constitute a political and cultural commons.

The anthropologist James Clifford describes such an alignment between artistic and ethnographic practices through his notion of “ethnographic surrealism,”[2] in reference to the collaboration between Surrealist artists and anthropologists that took place in 1920s Paris. A movement of both self-critique and of “other-oriented” propositions, “ethnographic surrealism” defamiliarized the intimate proximity with the other. Anthropologists traveled to distant societies looking for those forms of human organization that maximized social creativity and self-expression. Outside the west they found cooperative work, fluid clan structures, shamanism, co-housing, gift-giving, and intellectual commons, all of which radically challenged the oppressive institutions of states, churches, families, parties, and corporations. Moving in the opposite direction, Surrealist artists created powerful ethnographies of industrial cities, showing the irrational basis of the capitalist economy, the terror of modern states, the repressed sexuality generated by the nuclear family and the human body as dream machine, alienated social technology, and medium of exchange. Surrealist ethnographers such as Michel Leiris experienced fieldwork as a space of defamiliarization and even vulnerability, in which they had lost their position of power vis-à-vis their “subjects” and developed their knowledge dialogically. They felt like outsiders but also intimately connected and strangely familiar with their foreign context. Of course, the modes of self-discovery and self-critique available to surrealist ethnographers and artists relied on their privilege and power to decide who fell into the category of “the other” in the first place, and it was only when it reached the colonies that surrealism was able to turn the estranged gaze against European power.

James Clifford and I have been sustaining a long-term conversation which considers conditions of radical openness as “impossible realism,” a realism that we imagine accepts the impossibility of telling a singular and unifying historical story by juxtaposing micro and macro scales, local and global. One of our exchanges, “(Im)possible Realism,” has been recorded and discussed in the context of the BAK 2021/2022 Fellowship for Situated Practice, and as part of the Spectral Infrastructure research trajectory. In this exchange we argue that  an “(im)possible realist” ethnographic sensibility complicates and multiplies the historical stories that urgently need to be told in the wake of the now-displaced “master narratives” (of Progress, Civilization, The West, the Capitalist World System, Development, among others). Contrasting historical scales and narratives don’t “add up,” but rather create tensions we need to inhabit and explore, as opposed to being subsumed into an explanatory structure or directional teleology. We refer to Stuart Hall’s notion of articulation—particularly between class and ethnic identity—to reflect together on the long wave of financial capitalism and cultural globalization from the 1980s onwards, which brought into view some cultural and social formations while overshadowing others. We discuss the return of the indigenous predicament and the disappearance of the working class as part of the same impossible ethnographic space, in which these two different historical trajectories are not just abstract scenarios but personal, political, and intellectual engagements which can coexist without finding a singular or unifying logic or explanation. 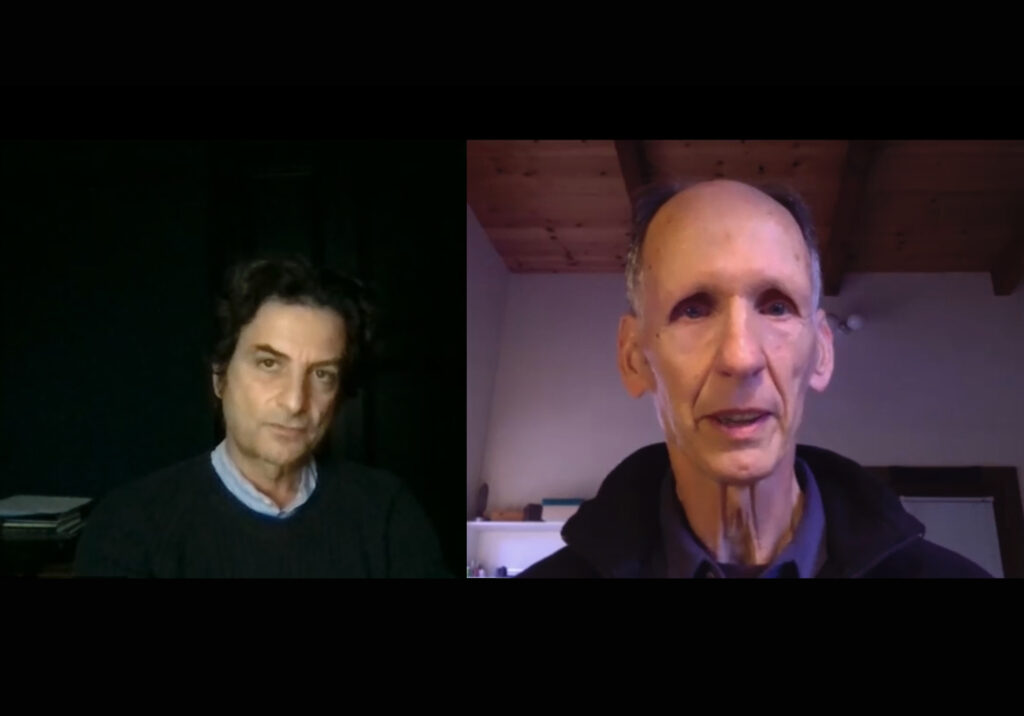