A Wishlist for Trans*feminist Servers

“The Feminist Server Manifesto” (2014)[1] is a collectively-written and widely circulated manifesto which has been republished, rewritten, cited, and referred to by different collectives and individuals committed to imagining digital infrastructures otherwise.[2] It has sparked discussions, practices, and imaginations, but also became perhaps a bit too canonical, centralized, somewhat rigid, and frozen in time. In the context of the 2021/2022 BAK Fellowship for Situated Practice,[3] the fellows involved in the digital research cell, the Cell for Digital Discomfort, together with the other fellows who formed the Istanbul, Jakarta, and Utrecht cells discussed the manifesto and made an abundance of playful and critical suggestions, informed by their specific and diverse geographical, generational, and disciplinary situations. Their irreverent annotations formed the starting point for reconfiguring the manifesto into  “A Wishlist for Trans*feminist Servers,” a text that takes non-western, non-cis, and non-tech-savvy voices, perspectives, and genealogies into account. Some of the BAK Fellows were joined by one of the contributors to the “Feminist Server Manifesto,” artist and designer Femke Snelting. Sharing an interest in digital discomfort, they together brought those conversations into this “wishlist.”

Anyone familiar with previous versions of the manifesto will note many changes. Foremost it was re-titled from “Feminist Server Manifesto” into “A Wishlist for Trans*feminist Servers” removing the denotation “manifesto,” which had slipped into its name when published in Are You Being Served. It felt important to clarify that instead of a straightforward declaration of intentions, these annotations to the original manifesto form an ongoing wishlist for techno-ecologies in the making; an ongoing set of incantations for a different tech for this world and for different worlds. The pluralization of the word “server” helps to de-canonize this document from a manifesto into an unordered list that acknowledges the plurality of servers running services: servers are interdependent—communities depend on them and they depend on each other. In the wishlist, the pronoun “she” has been replaced by “they,” to insist that trans*feminist servers emerge from pluriform and non-cis imaginations. The addition of trans* nests the wished-for servers in a community of practice, a complex materiality, and a genealogy of intersected struggles and conditions of oppression and privilege.

“A Wishlist for Trans*feminist Servers” circulated during “Debug” AMRO22 festival of art, hacktivism, and open culture, 15–18 June 2022 in Linz, the very same context in which “The Feminist Server Manifesto” started its life as part of the 2014 edition of the AMRO festival “Autonomy (im)possible?” An additional wish is for the list to be versioned and adapted to the different feminist servers that are out there.

[1] One version of “The Feminist Server Manifesto” was included in the publication Are You Being Served (Brussels: Constant, 2015), https://areyoubeingserved.constantvzw.org/Summit_afterlife.xhtml.

[2] The version published on Constant’s etherpad has been regularly changed and annotated between 2014–2018, see: https://pad.constantvzw.org/p/feministserver, though there are possibly others circulating.

[3] The 2021/2022 BAK Fellowship for Situated Practice is composed of dispersed yet interconnected research cells that collaborate across distance from the Netherlands and elsewhere. In 2021/2022, three research cells are hosted by partner institutions BAK in Utrecht, GUDSKUL in Jakarta, and The Istanbul Production and Research Programme at IKSV (The Istanbul Foundation for Culture and Arts) in Istanbul. An additional, digital research cell is established, involving practitioners working predominantly in the virtual sphere, https://www.bakonline.org/fellowship/2021-2022/.

A Wishlist for Trans*feminist Servers

… exist in the wishful space-time between the no longer and the not-yet.

… are run for and by collectives that care for them to make them exist.

… will towards non-extractive relationships, but in the meantime, are accountable for the ones they are complicit with.

… wish many understandings of collectivities into being, learning from their differences: we, us, them, us + them, us – them, me + you, me + them, them – me, …

… do not serve every body; they continuously re-negotiate what counts as accessible. They respond to the fluctuating abilities, embodied knowledges and genealogies of their care-takers and users.

… are sometimes not available. They will interrupt the continuity of colonial and patriarchal servitude, in consultation with ancestral forces of construction and destruction across times.

… cultivate more-than-human love for the swamp of inter-dependencies they are with.

… operate with both technology and humanness as entangled praxes in the making.

… are committed to an intersectional analysis of the conditions for and the operations of computation.

… carefully scale up or down, and alternate processing speeds whenever conditions require.

… consider autonomy, sovereignty and the many forms of governance that they can commit to, as always partial and mutually constitutive, in constant negotiation of the conditions of possibility.

… are a situated techno-ecology. They are aware of the materialities of software, hardware, and of their grounds.

… want networks to be read-able and write-able.

… know that networking is not always comfortable; it includes the modes of existence that are flourishing in-between promiscuous links and nodes of power.

… share their processes, tools, sources, habits, patterns and memories and place them in circulation, while recognizing that they do not always need to be understood.

… strive for seamfulness, and response-able relationality. They practice digital discomfort and take walks on the rough side.

This text and the research leading up to it—conducted as part of the 2021/2022 BAK Fellowship for Situated Practice—has been made possible with extra financial support from the Programme for the Internationalization of Spanish Culture (PICE) granted by AC/E–Acción Cultural Española.

A Pluriverse of Local Worlds: A Review of Computing within Limits—Related Terminology and Practices 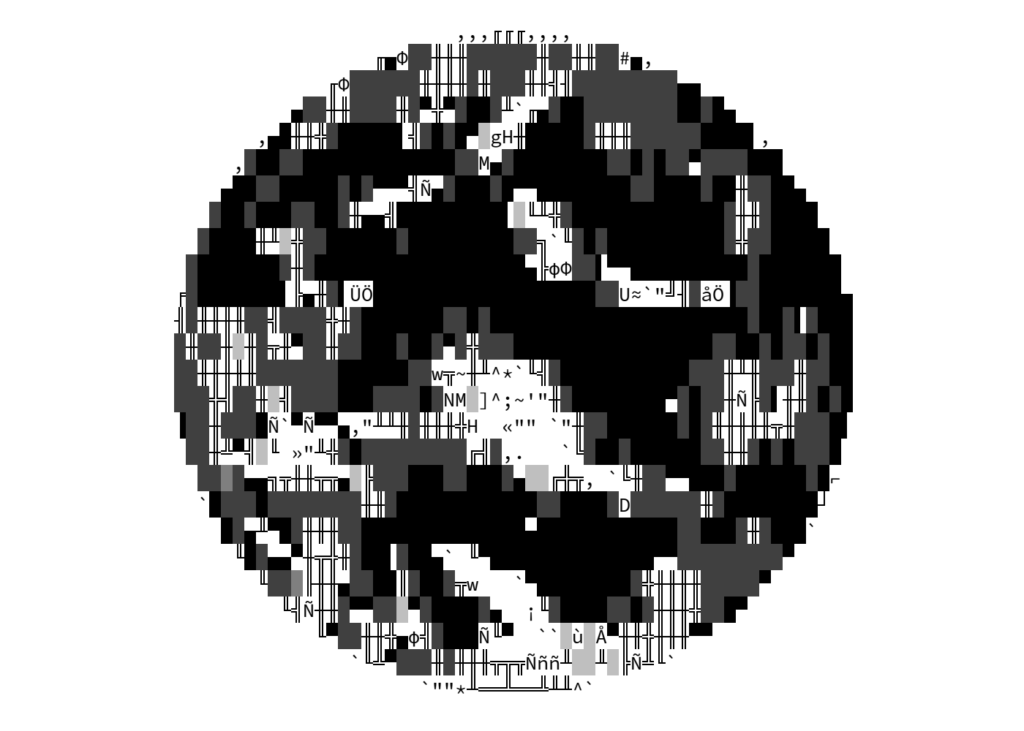 In her 2021 study “A Pluriverse of Local Worlds: A Review of Computing within Limits—Related Terminology and Practices,” software artist and writer Marloes de Valk maps a diversity of small scale practices working on sustainability and social justice in relation to computing. De Valk brings together a vast spectrum of terminologies that stem from computing practices—of running and maintaining a collectively owned infrastructure—which challenge the monoculture of BigTech, its growth mindset— and, in turn, its negative impact on the environment—embedded in today’s networked technologies.

Formed as part of the 2021/2022 BAK Fellowship for Situated Practice, the Cell for Digital Discomfort (CfDD)—composed of Cristina Cochior, Karl Moubarak, and Jara Rocha—are the guest editors of this special Prospections focus “On Digital Discomfort,” a compilation of newly commissioned and archival resources such as essays, interviews, poethic video experiments, and collective annotations that allow for a collective exploration and affirmative re-politicization and redefinition of compu-relational practice.