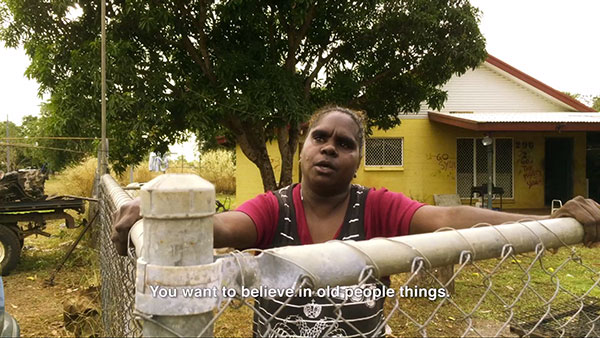 Film screening of Wutharr: Saltwater Dreams (2015), with introduction by Elizabeth A. Povinelli, followed by a conversation with Vivian Ziherl

Wutharr: Saltwater Dreams comprises five ten-minute films shot by Karrabing members on iPhones. Filmmaking provides a technique of self-organization and social analysis. Film acts as a form of survival, a refusal to relinquish their country, and a means of investigating contemporary social forms of inequality; they make reference to third cinema, Boalean political theater, and an innovative local form of improvisational realism. The films represent the lives of the collective, create bonds with their land, and intervene in global images of Indigeneity.