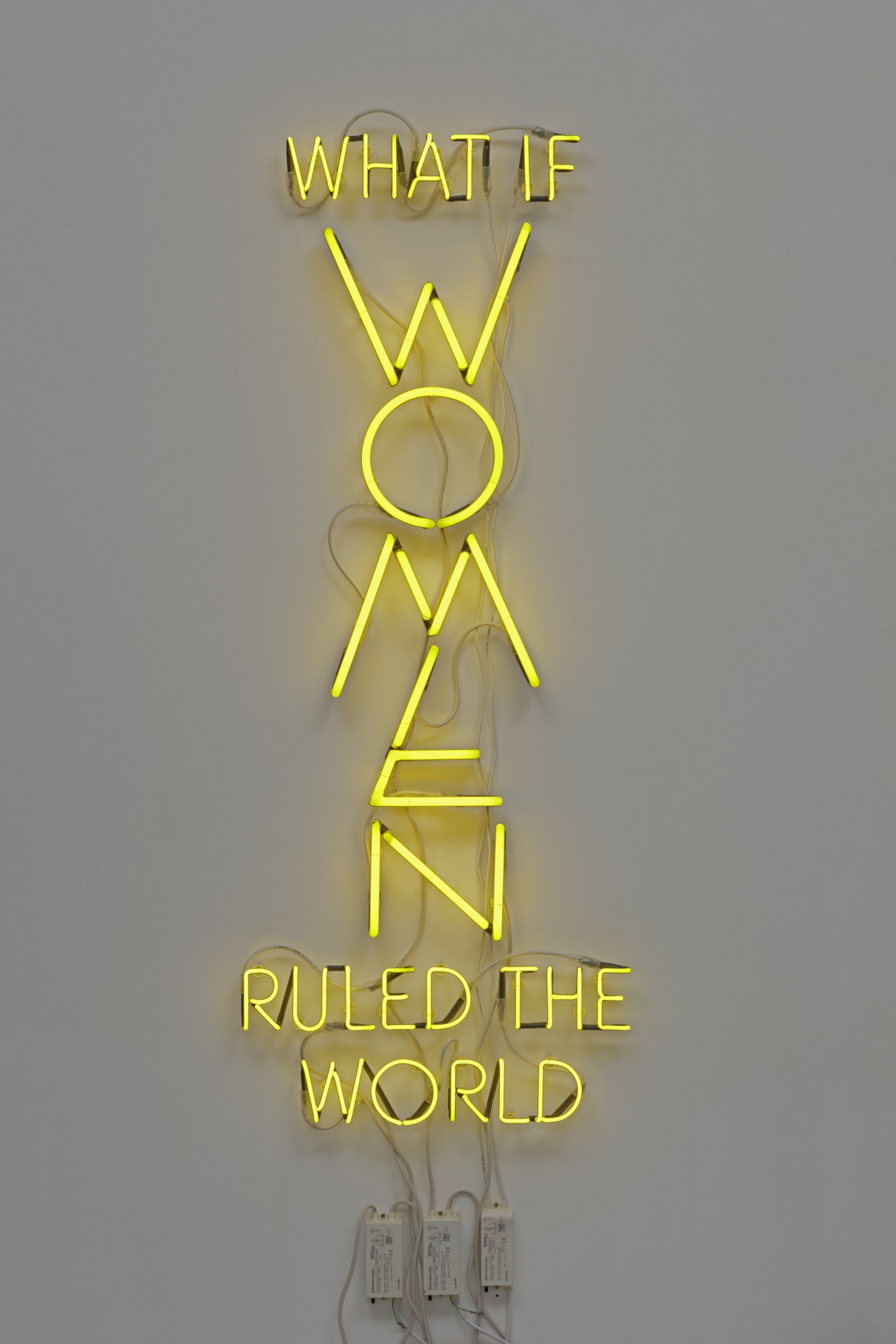 In the film Dr. Strangelove (1964), Stanley Kubrick foresaw a post-apocalyptic future in which dominant male leaders would repopulate the Earth, with ten women allocated to every man. The neon sign by artist Yael Bartana presents the opposite scenario; imagining a condition in which women are in charge of a world in desperate need of a new vision.

The work unfolded in a performance that took place at the 2017 Manchester International Festival, in which groups of female experts were confronted with some of the urgent crises of our time. These scientists, politicians, activists, and thinkers of global reputation spent the evening attempting to solve the global emergencies as the clock ticked.