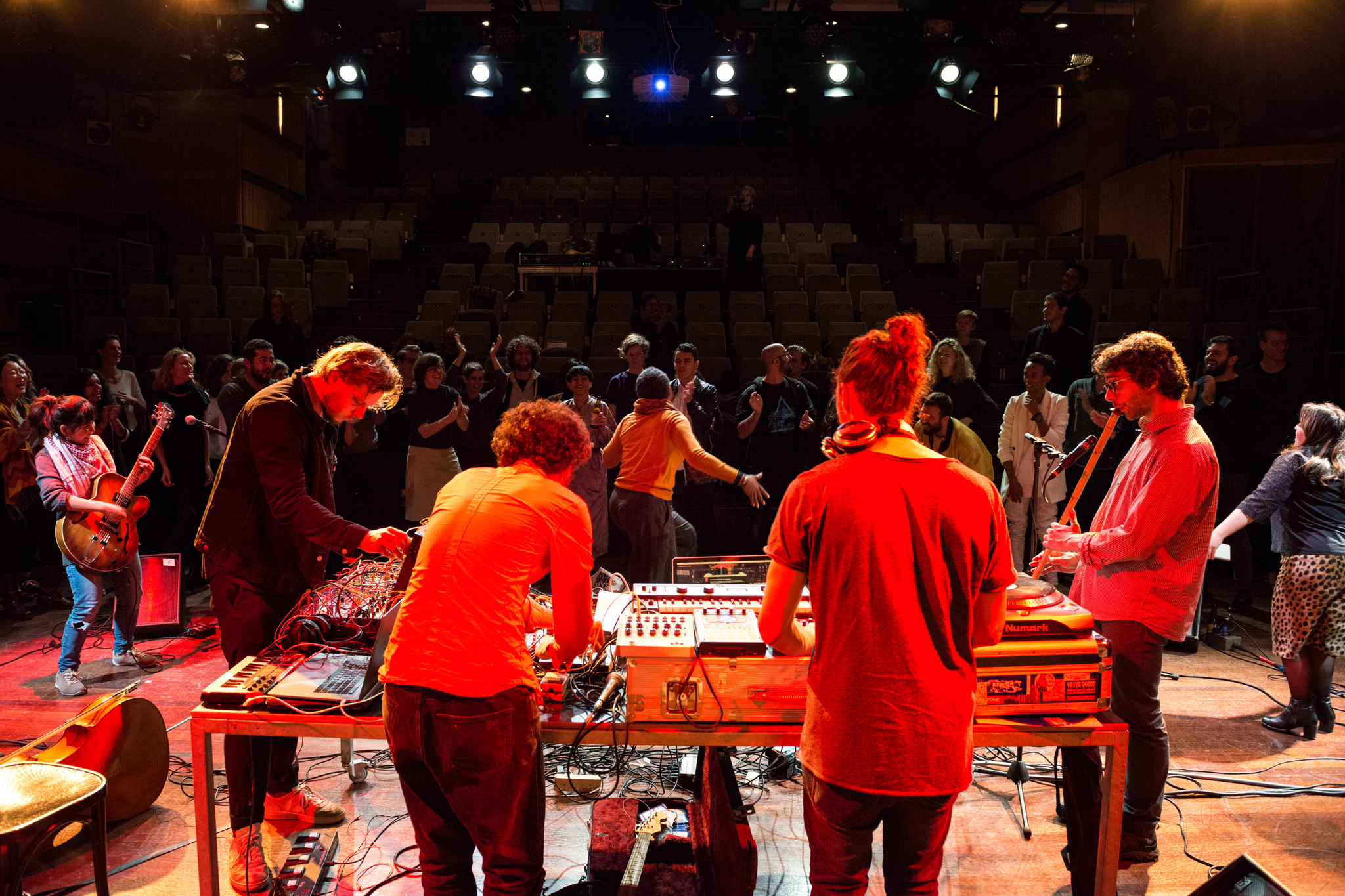 What happens when protests “become form”? Does a protest become clearer or stronger through a gesture, a song, a chant in unison? Can the memory of past demonstrations nourish the struggles to come? Help organize new ways of reclaiming the future common good through generations celebrating past achievements?

Marinella Senatore brings together an impromptu assembly of Utrecht-based musicians to test these questions as part of her project Protest Forms (2016–ongoing), previously performed in Rome and New York. It is a modest way of continuing the legacy of the center of world cultures RASA, which formerly inhabited the venue at Pauwstraat 13a in Utrecht, and of connecting it to the site’s current endeavor as a platform for the contemporary.