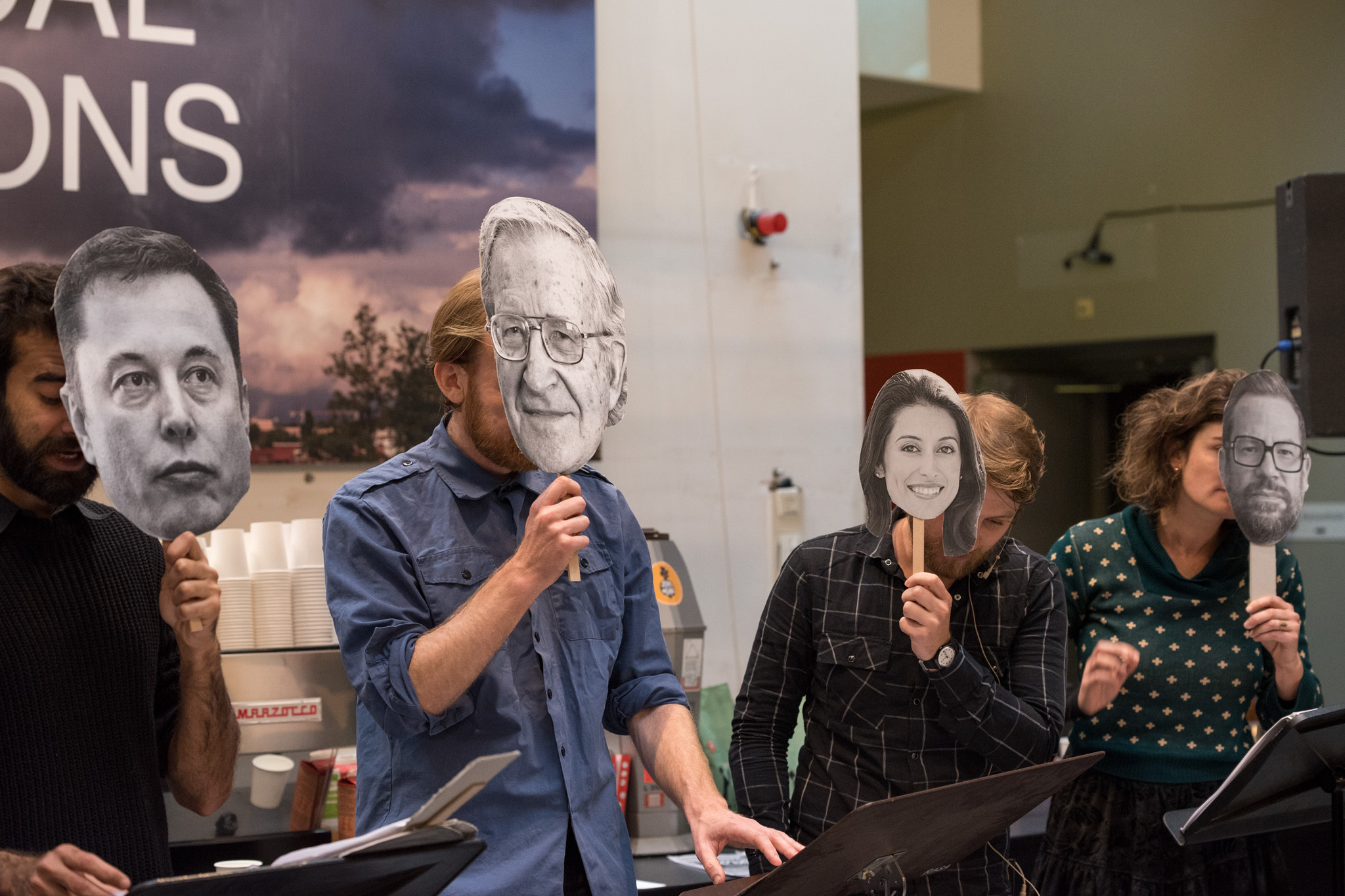 Manufacturing Mischiefs is a script reading from a series of puppet sketches by artist Pedro Reyes. Reyes believes “jokes are a sort of airbag that cushions the collision of reality with your expectation of reality, laughter explodes simultaneously with the collision of ideology and realpolitik.”

Featuring Noam Chomsky, Karl Marx, Ayn Rand, Donald Trump, and Elon Musk, this episode comments on the connections between techno-optimism and right-wing ideologies, pervasive in the United States and a primary source of Trumpism. This ideological screwball comedy interweaves issues of the destruction of labor by automation, artificial “intelligence,” and the menace of nuclear apocalypse.