Art Of The Possible: Towards An Antifascist Feminist Front, 2017 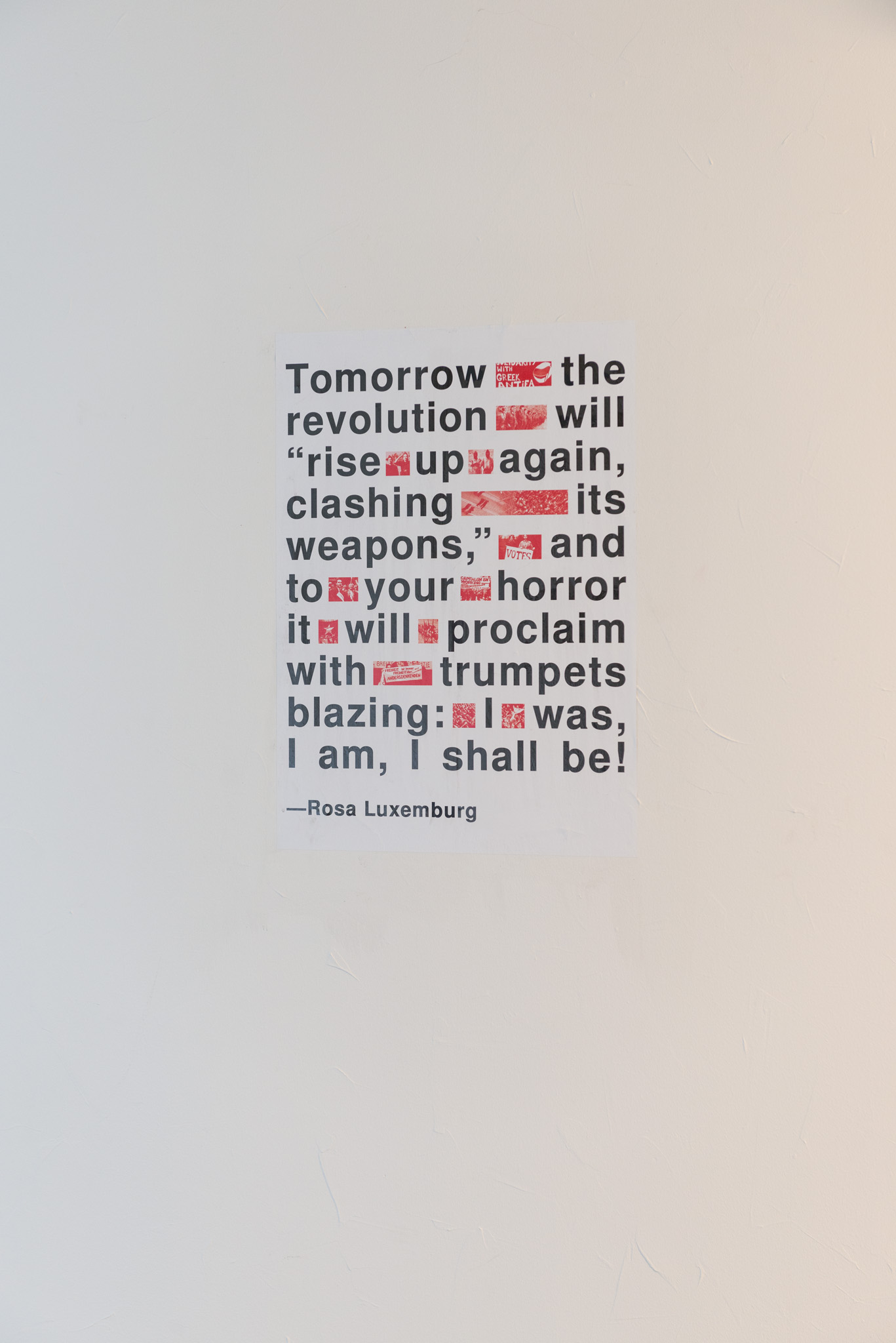 Angela Dimitrakaki and Antonia Majaca in collaboration with Sanja Iveković, Art Of The Possible: Towards An Antifascist Feminist Front, 2017. Photo: Tom Janssen

Writer Angela Dimitrakaki and theorist Antonia Majaca were invited by artist Sanja Iveković to animate her Monument to Revolution (2017), installed in Athens in the context of documenta 14. The original Berlin monument of the same title (in memory of Communist Party of Germany founders Rosa Luxemburg and Karl Liebknecht) was destroyed by the Nazis in 1935.

The new monument is set symbolically in Athens, where the struggle against capitalism is rife. Thirty international feminist contributors, both individuals and collectives, were asked to each send a short recording about fascism and the importance of feminist struggle against it. Sound sculptor AGF scored the multi-lingual collection of recordings here installed.