Time for a Break(down): Reimagining Social Flows in the Not-Yet

A collective dinner, followed by a lecture by A. George Bajalia 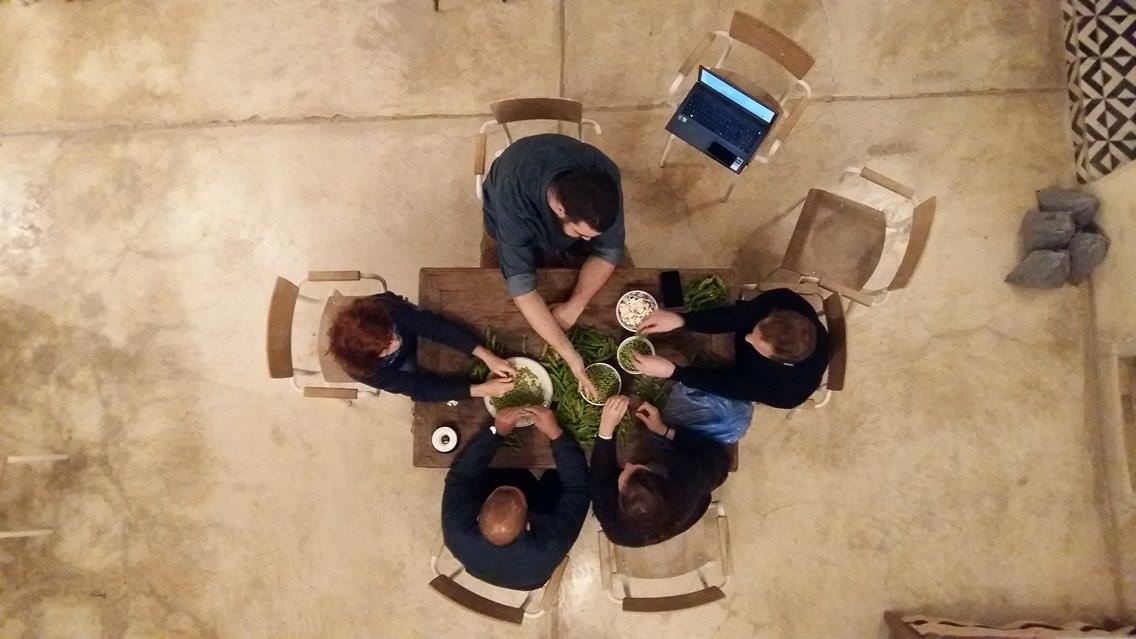 Join us at BAK, basis voor actuele kunst, Utrecht on Sunday 15th December 2019 for a lecture and collective dinner with the collaborative platform QANAT.

In the lecture Time for a Break(down): Reimagining Social Flows in the Not-Yet, A. George Bajalia introduces QANAT’s practice and theoretical framework, deepening into the platform’s relation to the politics and poetics of water infrastructure in Morocco. The potential of moments frequently considered parasitical or pointless as vessels for temporal and temporary socialities, solidarities, and communities, is explored through an exercise of concerted listening. Rather than aspiring to utopian political forms, George Bajalia deepens into how breakdowns in liquid, resource, and human flow have the potentiality to provide grounds for unearthing modes of relating to one another under the condition of system failure.

Before the lecture, there is a common dinner during which some of the questions and results shared during the Training for the Underwater(ed) Land are addressed. While eating together, further food for thought is brought to the table to speculate on what is worth bringing with us and what is worth leaving behind on the deserted island pool party of the post-apocalyptic Not-Yet present and underwater(ed) future.

Free places: For each training, BAK provides a few free places for those who would otherwise not be able to attend. To apply, please send a short explanation (max. 120 words) to olga@bakonline.org, at least four days prior to the training. (First come, first serve)

QANAT is a collective trans-disciplinary platform which explores the politics and poetics of water as a way to reflect on and act upon the multiple forms and understandings of the commons in Morocco and beyond. Initiated in Marrakech by Francesca Masoero and Laila Hida in the framework of the research lines of the cultural space LE 18 in 2017, today it counts more than ten contributors from across North Africa, the Middle East and Europe.

George Bajalia is Ph.D Candidate in the Department of Anthropology at Columbia University. His research and artistic interests intersect in the borderland narratives of northern Morocco, and the social, linguistic, and political formations that emerge through time spent waiting at borders. He is co-founder of mobile arts lab Borderline Theatre Project, a theatre and media partnership promoting transnational collaboration in the performing arts across the Middle East and North Africa. With BTP, he directs the annual Youmein Creative Media Festival in Tangier, Morocco (2015–20), as well as the Northwestern University in Qatar Creative Media Festival (2018–20). His films include With Rugs Unfurled: The Social Life of a Moroccan Rug (2017) and Multi Meets Poly: Multiculturalism and Polyculturalism go on a first date (2014).