Presentation: The People Are the City 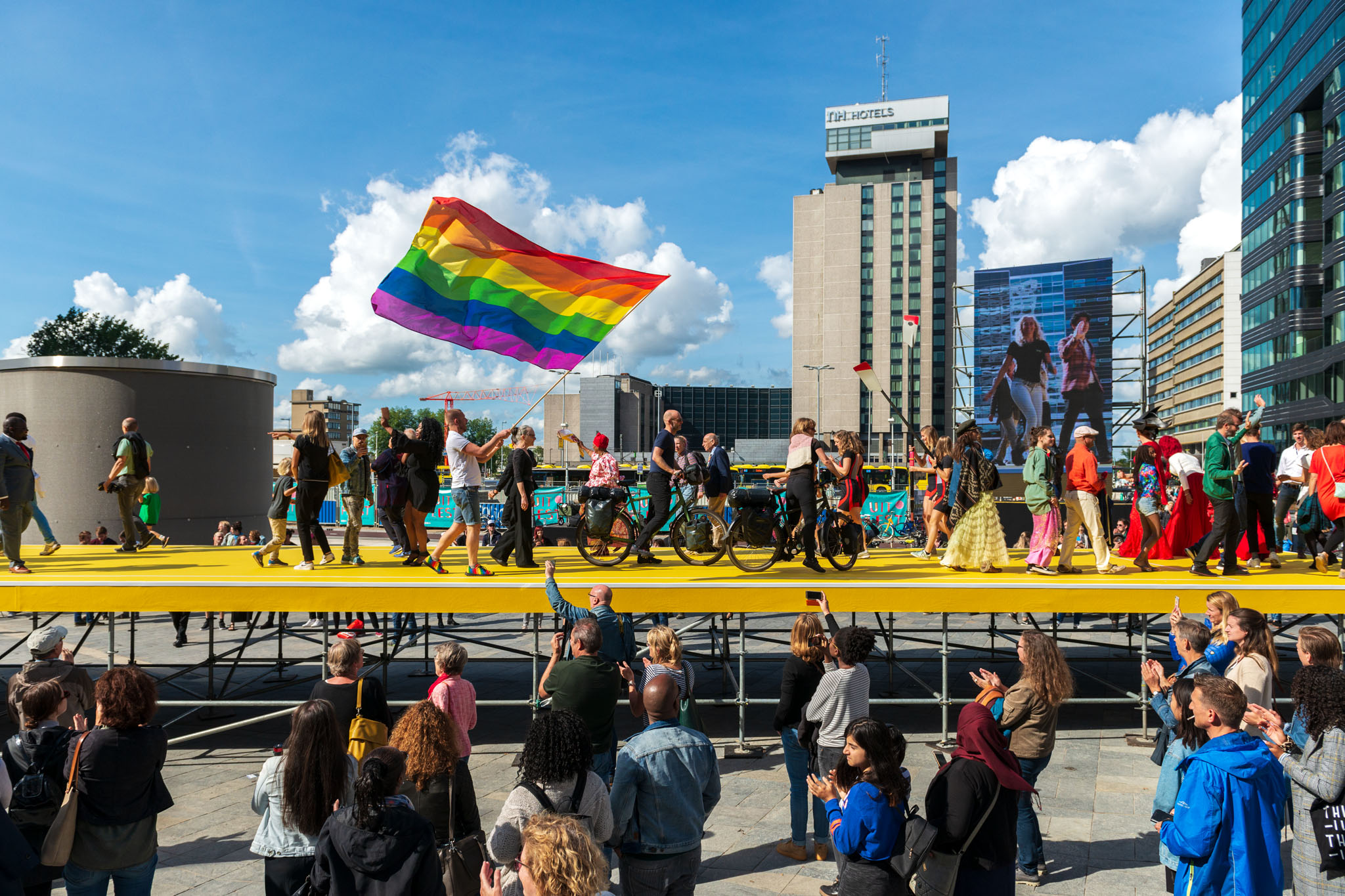 Sicinius: What is the city but the people?
Citizens: True. The people are the city.
—Shakespeare, The Tragedy of Coriolanus, 1605–1608

From 18 September 2019–7 May 2020 [extended from 16 April 2020] BAK, basis voor actuele kunst, Utrecht presents The People Are the City at the Utrecht City Office. This presentation, of which a different version was previously shown at the Utrecht City Office and the Utrecht Archives, is part of exhibition Op Kunstsafari door Utrecht: an exhibition that guides visitors past statues, architecture, street art and poetry in the streets, squares and parks of Utrecht.

The presentation at the Utrecht City Office reflects on the extraordinary coming together of the people of Utrecht in the collective performance What Is the City but the People? on Jaarbeursplein on 15 September 2018. It features portraits and stories of contributors to the project together with a complete video recording of the performance. Following the suggestion of one of the contributors, Mustapha Seray Bah, the exhibition also includes a series of postcards with portrait photos of the contributors, offered to the public to take away or use for posting.

Opening Hours
The exhibition can be visited free of charge during the opening hours of the Utrecht City Office:
Monday, Wednesday & Friday: 8–17 hrs
Tuesday & Thursday: 8–20 hrs

The Utrecht-based edition of What Is the City but the People? (2018) was realized at the initiative of BAK, basis voor actuele kunst, in collaboration with Centraal Museum Utrecht and SPRING Performing Arts Festival, Utrecht. The performance was created by the people of Utrecht and directed by Richard Gregory, from an original concept by the artist Jeremy Deller. It was originally produced as a commission by the Manchester International Festival in July 2017.