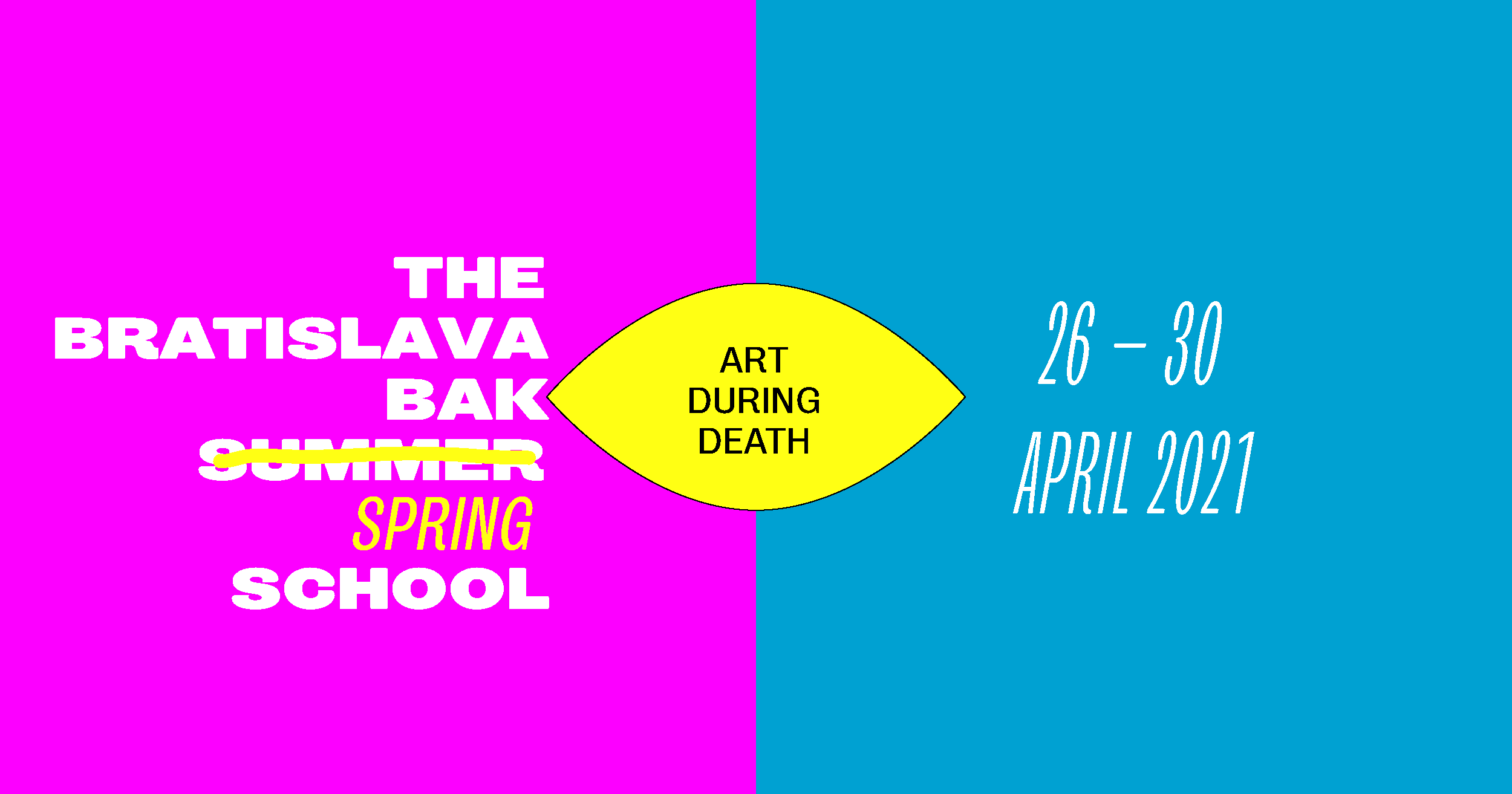 The 2021 Bratislava BAK Summer School, titled Art During Death, is a five-part series of podcasts, audio artworks, lectures, and radio plays from artists, theorists, and other cultural practitioners who have assembled a collective soundscape, driven by the urgencies brought about by the global Covid-19 pandemic.

Shaped both within and in spite of the present-day pandemic conditions, Art During Death addresses the notions of death, dying, and bereavement. Geared toward preservation of life through scientific progress and medical advancement, western-modern societies have pathologized and decontextualized death from the reality of our lives-relegating it to the realm of denial, incomprehensibility, and unspeakable taboo. As the current pandemonium-propelled death shapes the common experience of contemporary history, the series poses a seemingly paradoxal question: how does one live this death otherwise?

As a structuring device for rethinking death, pain, and loss, the series borrows the “five stages of grief” model of denial, anger, bargaining, depression, and acceptance.[1] Art During Death engages with these phases propositionally, and scours the cracks, fissures, and distortions of the pandemic for places where the vulnerability, materiality, and finitude of human bodies can be acknowledged, and where the severed link between life and death can be restored. To think with philosopher Rosi Braidotti, times of death could be understood in the same way “as the time of our living,” and so “the question of dying [could be] the same question as how best to live.” How can such proximity to death, such enduring “close and intimate friendship” with one’s own dying mobilize different collective, transversal, more-than-human aspirations, relationality, and planetary allyship with this world ruptured by racism, slavery, patriarchy, and capitalism? What can “art during death” teach us about life as praxis of being with multiple others differently?[2]

The Bratislava BAK Summer School: Art During Death can be followed as a daily audio broadcast at 7pm CEST on this website. After 31 May 2021, all contributions will be made available in a form of a sound archive. For further questions, please contact info@bratislavabaksummerschool.art.

This live streaming will be available only for the alumni of the Bratislava BAK Summer School and students of Academy of Fine Arts and Design in Bratislava. The recording will be made public after 31 May 2021.

[1] This model was introduced by Swiss-American psychiatrist Elisabeth Kübler-Ross. It was first mentioned in her book On Death and Dying (New York: The Macmillan Company, 1969).