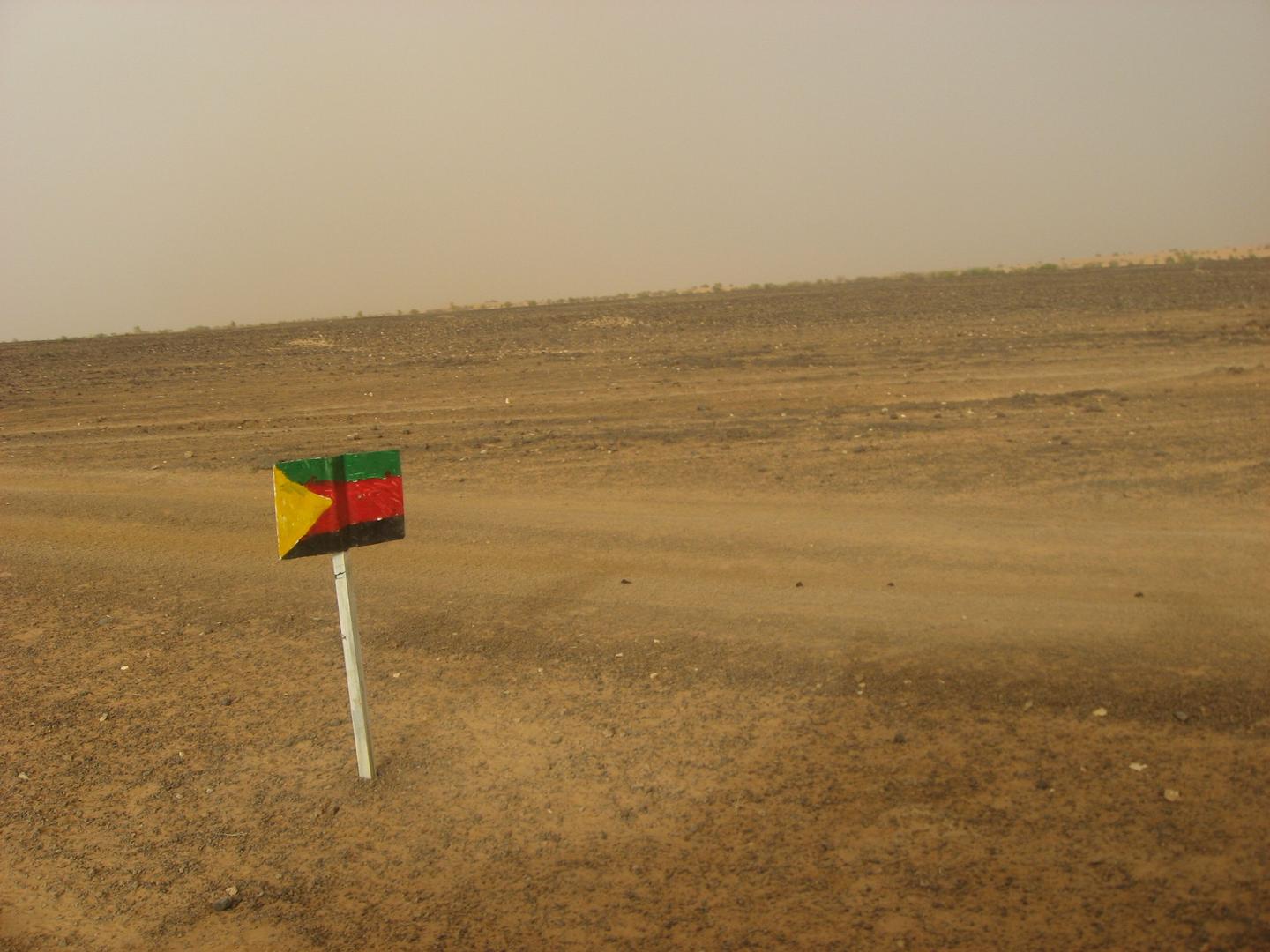 The Revolution is Without Frontiers, photo by Moussa Ag Assarid

New World Embassy: Azawad explores the intersection of art, theory, and activism through the proposition of temporarily instituting an operational embassy as an extraterritorial space of representation, negotiation, and international exchange. Azawad is a stateless state in the northern region of Mali, declared by the political and military organization MNLA after an uprising in 2012. Although not recognized by any other state in the world, their claim of independence is an outcome of a lengthy, conflict-ridden struggle with and against the legacy of French colonialism in Africa. Led by the Tuareg, the movement strives toward the realization of the right to self-determination for multiethnic populations, including the Songhai, Fula, and Arab peoples from the Sahara and Sahel regions. After years of conflict with jihadist groups, the MNLA is currently negotiating the future of their territory with the French mission Operation Serval and the United Nation’s MINUSMA, of which the Dutch army is also a part.

The project includes an intervention on BAK’s facade and an interior installation, accompanied by contributions from documentary filmmakers Rob Schröder and Gabriëlle Provaas. It functions as an embassy workplace for Azawadian representatives to establish international relations and seek cultural acknowledgement. At the heart of this endeavor is the conviction that the state as a cultural expression precedes the state as an administrative and military structure. A stateless state is maintained through language, poetry, music, and literature, as well as through visual signs and imagery. It is art that carries the history of a people, and with it, the promise of a new world.

Following New World Embassy: Azawad, a fourth session of New World Academy, established by Staal in collaboration with BAK in 2013, takes place under the title The Art of Creating a State (17–19 October 2014).