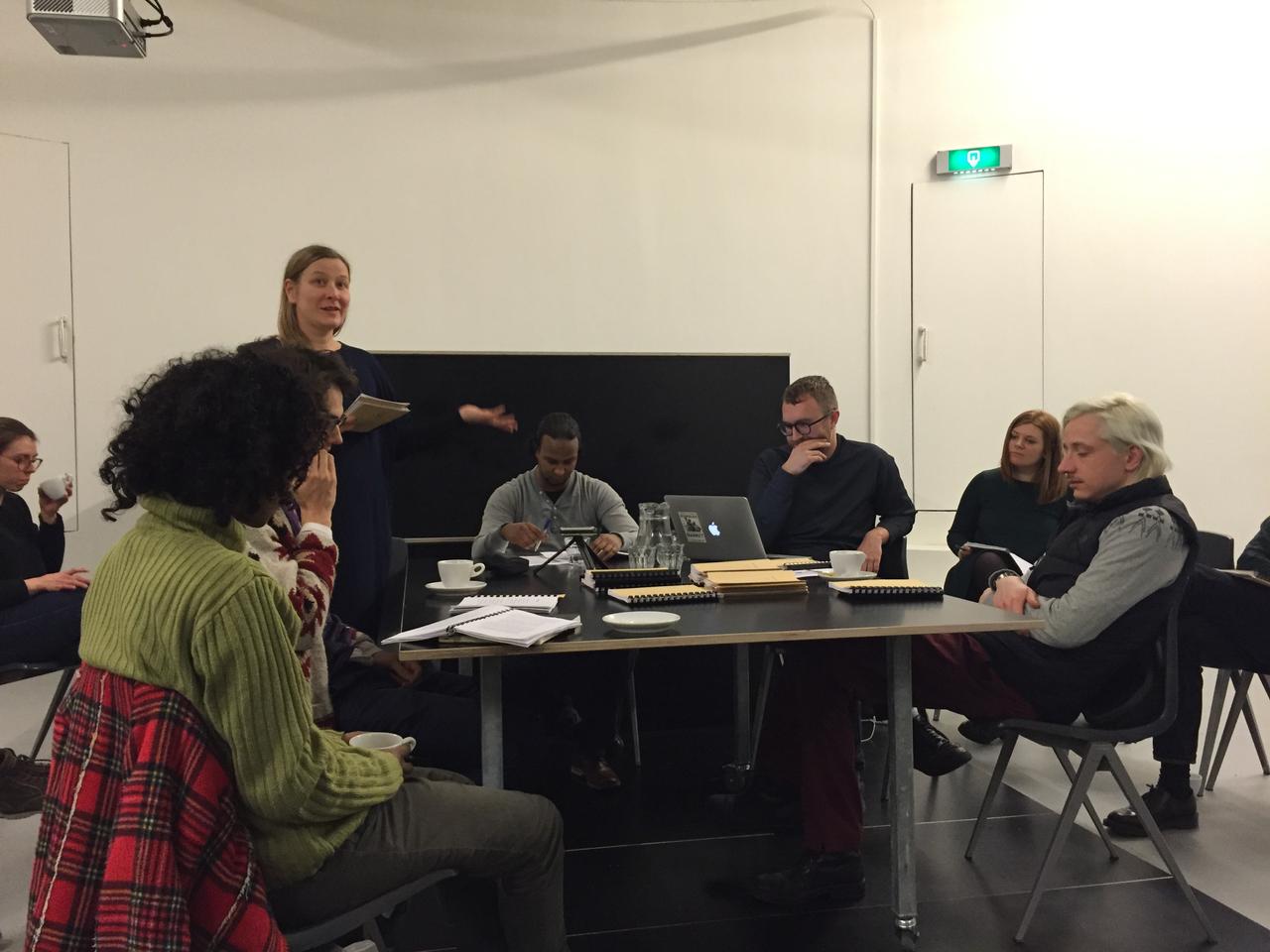 Richard John Jones is an artist who works with textiles and print, performance, film and live broadcast. His work often emphasizes a collaborative and communal production process and derives from research into subcultural or queer expressions and minor-histories. Between 2010 and 2012, he was co-director of the artist-run space Auto Italia South East in London. As this reading will demonstrate, he balances his belief in communalisation, community and positivity with a distinct mistrust in recognition based politics and a fairly nihilistic commitment to queer negativity.

Bædan is the name of an anonymously written and edited journal published since 2012 in three editions entitled Journal of Queer Nihilism, A Queer Journal of Heresy and Journal of Queer Time Travel. Bædan is a reader of queer negativity calling for nothing less than the total destruction of civilisation. It both provides an overview and radical critique of the theoretical work of Lee Edelman, Guy Hocquenghem, Silvia Federici, Jacques Camette, Judith Butler, Jack Halberstam and many more. Bædan’s readers are referred to as Bædlings which is a reclaiming of a derogatory term from Old English referring to effeminate men, hermaphrodites and pederasts. This same Old English word was the precursor for ‘bad’ in Modern English which replaced ‘evil’ in common usage around 4 centuries ago.

Yoonis Osman Nuur is part of the refugee council of the foundation Here to Support and a member of the Amsterdam-based political movement of refugees called We Are Here, a group of more than 200 people who first organized themselves in 2012. As a human rights activist, Yoonis Osman Nuur fights for the visibility and recognition of these so-called ‘undeportable’ refugees in Dutch society and legal system. To this end, he has appeared on national television and newspapers in the Netherlands, has spoken in the Dutch parliament, and collaborated with artists and students.

Emma Goldman was a Russian-American anarchist in the first half of the 20st century, renowned for her work on women’s rights, antimilitarism, atheism and free speech. She was the founder of the anarchist journal Mother Earth and toured the United States, Russia and Europe with speeches that attracted crowds of thousands. She was imprisoned numerous times as a consequence of her political work, as well as banned from several countries. In Living my Life she describes the many battles in the court, the media and the public that marked her tumultuous life.