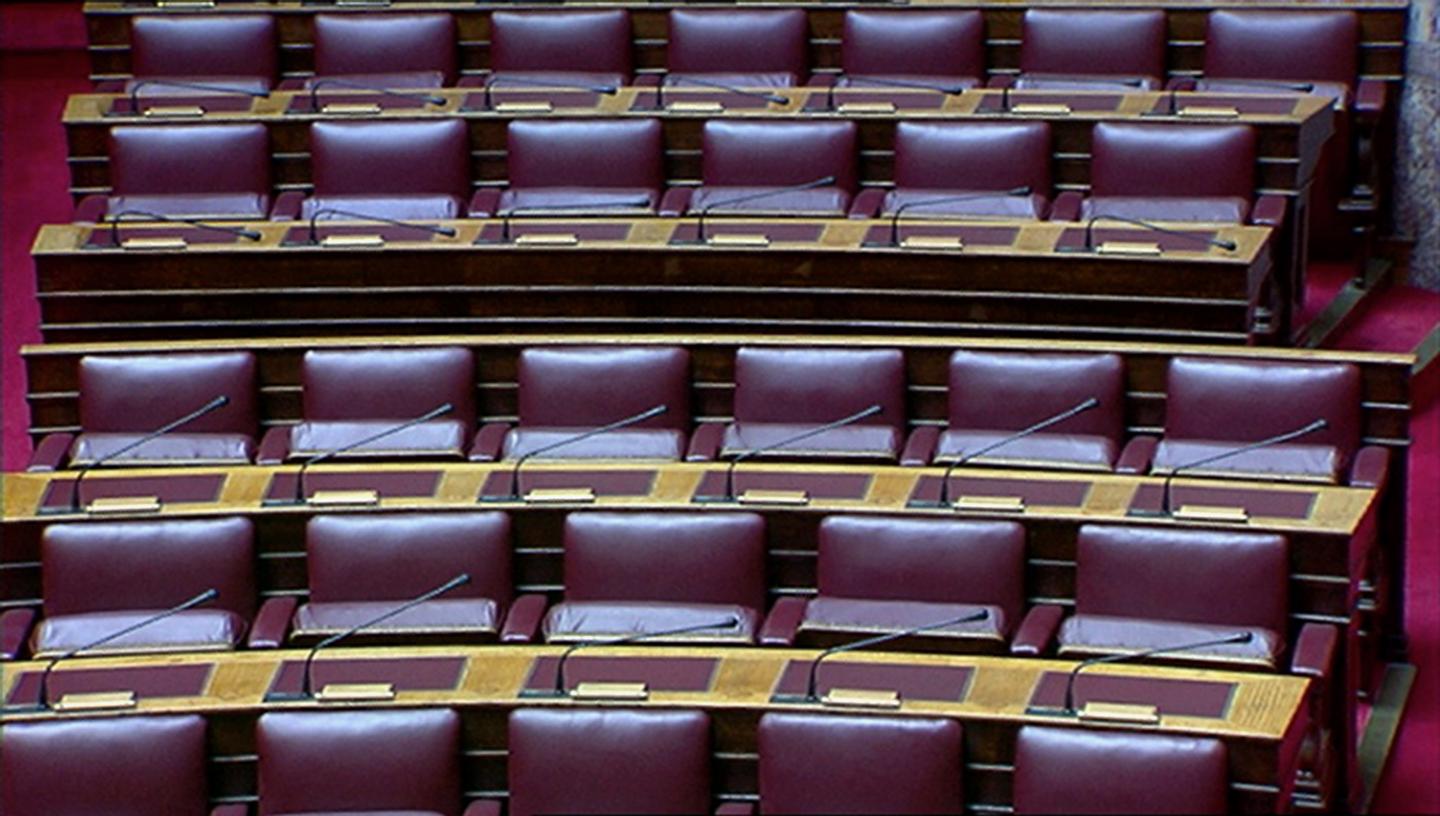 Tsivopoulos’ Geometry of Fear (2012) documents the interior of the Greek Parliament in 2012. At this time, on the verge of an economic collapse, two successive national elections on 10 May and 17 June left Greece without government for 37 days. For the first time, no sessions were held in the Greek Parliament, its plenary hall left empty. Geometry of Fearregisters the hall for political representation in this lengthy moment of stillness, its silence an implication of the transnational turmoil surrounding it.