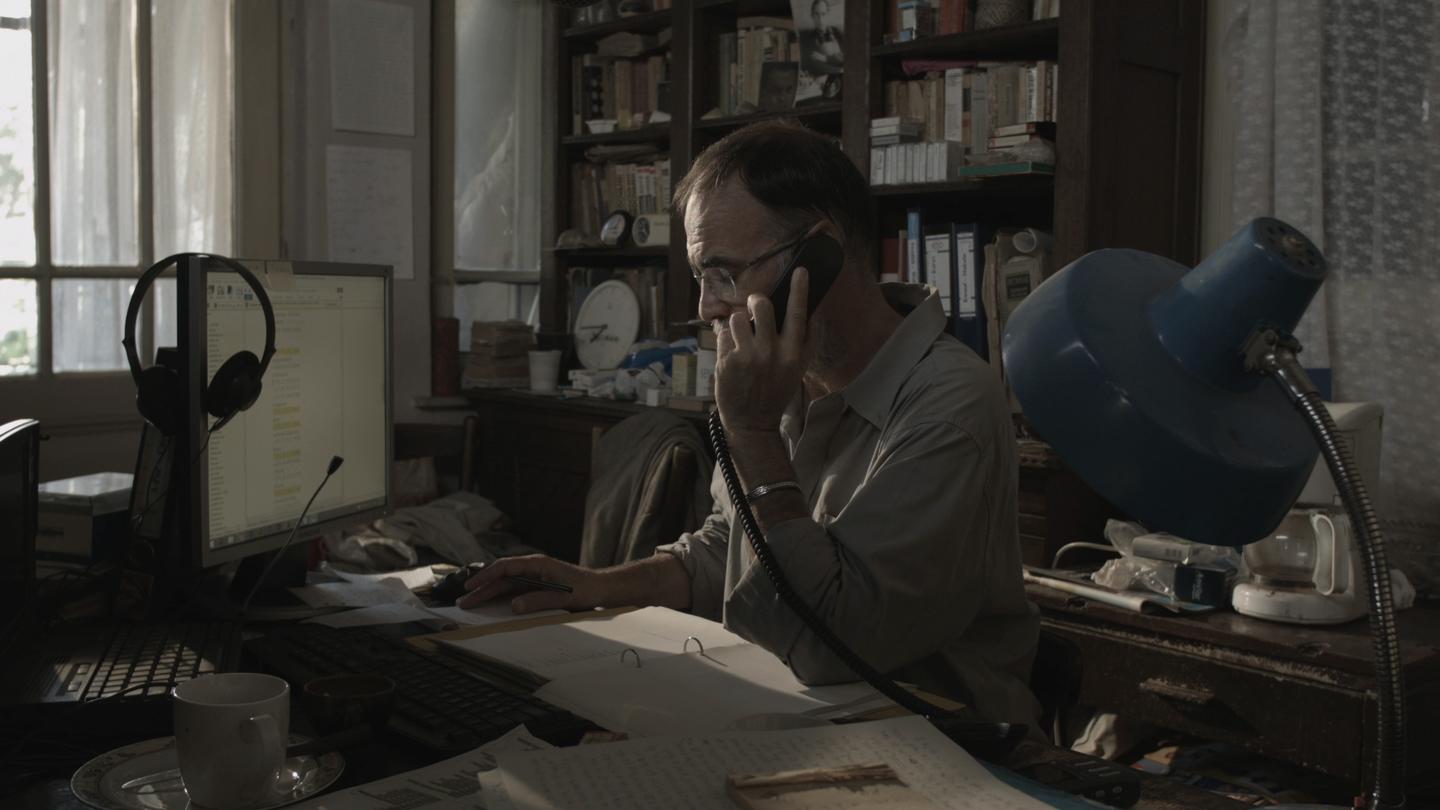 In the context of the Uitfeest BAK organizes a screening of the video work Portrait of an Englishes Collector by artist Nicoline van Harskamp.

Portrait of an Englishes Collector is part of the artist’s long-term project Englishes, a series of episodes addressing and depicting the development of a future spoken language which could displace dominant strains of English from their perceived position of primacy. Portrait of an Englishes Collector (2015) depicts an amateur linguist (played by Voicu Rădescu) conduct a telephone study of the “Englishes” spoken by non-native speakers in the remotest corners of the globe. The work thus alludes to the secretive and high-cost field of forensic linguistics that collects accents and ways of speech for judicial and commercial purposes. Through a series of fractured phone conversations (asking, what is your native language? When did you learn English and how?) he uses notation in IPA (the international phonetic alphabet) to collect fragments of pronunciation, the moments where diction alters and meanders–the actual used language, rather than its model. Important too are his subjects: representative not of the more privileged speakers of the language but rather giving a central position to those outside of its linguistic centers.

Nicoline van Harskamp (Amsterdam) is an artist whose work considers acts of language or communication in relation to ideology and solidarity, through video, installation and scripted performance. Her previous projects include Yours in Solidarity, which addressed the very recent history of anarchism through a correspondence archive, and was presented in different stages of completion Mexico City, Frankfurt, London, Shanghai, Zagreb, Bombay, Montreal and elsewhere. Her live pieces, among which Expressive Power Series (2010) and English Forecast (2013), were staged at Tate Modern, London; KunstWerke, Berlin; Witte de With, Rotterdam; New Museum, New York; Stedelijk Museum, Amsterdam; Arnolfini, Bristol; Serralves Foundation, Porto; and Kaaitheater, Brussels.