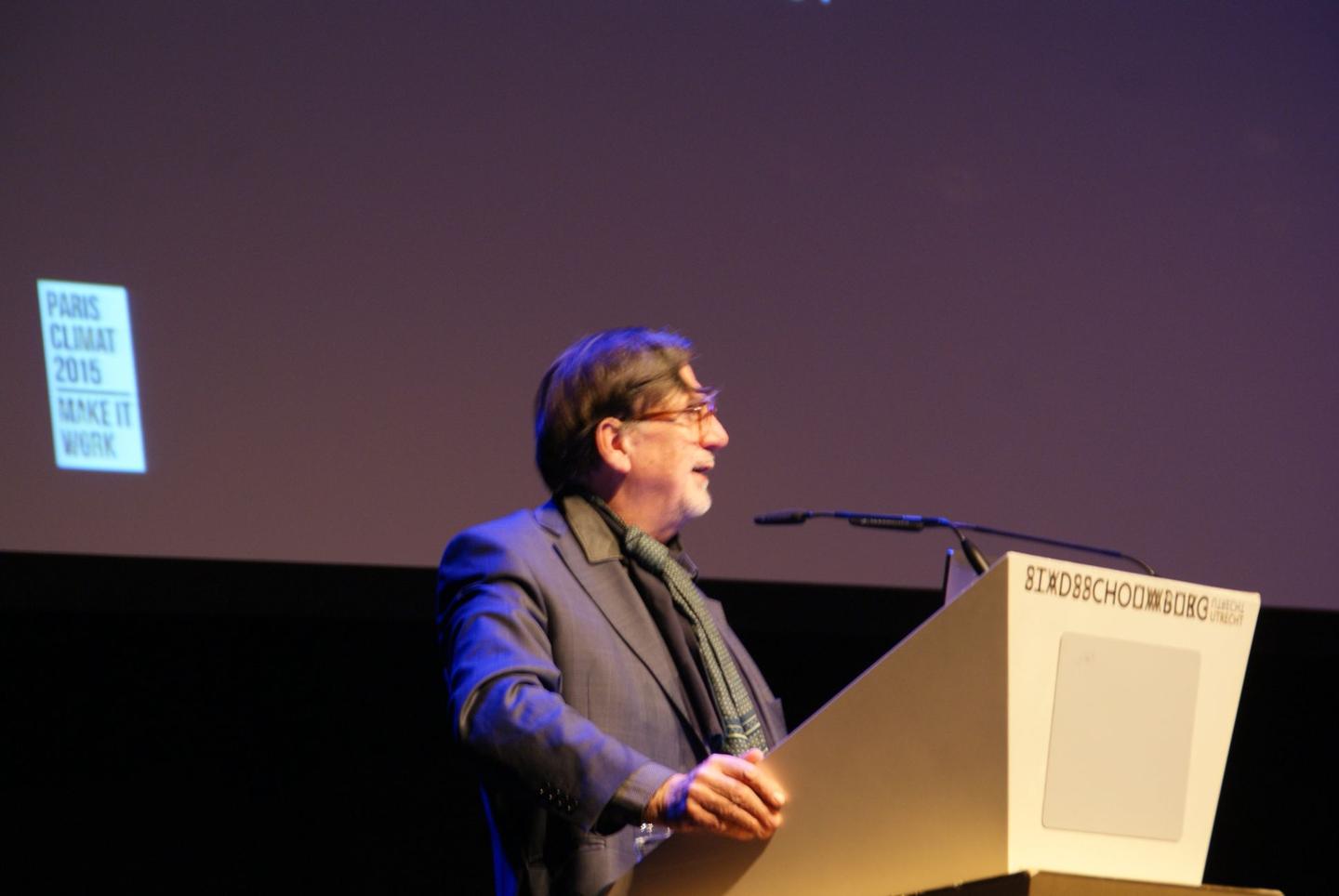 BAK, basis voor actuele kunst, Utrecht and the Centre for the Humanities, Utrecht University, Utrecht organize a lecture by philosopher Bruno Latour, followed by a response by anthropologist Anna Tsing. The lecture takes place on Saturday, 18 April 2015 from 11.00–13.00 hrs at the Stadsschouwburg in Utrecht.

Part of the Anthropocene Observatory project at BAK, this gathering centers around the so-called Anthropocene thesis that identifies our present time as a geological epoch defined by human disturbance of Earth’s ecosystems. Bruno Latour discusses the use—and many ambiguities—of the hybrid, novel, and yet unstable concept of the Anthropocene as one informed by the disciplines of geology, philosophy, theology, and social science. Latour has articulated the Anthropocene as a “wake-up call,” radically reframing both the time and space we find ourselves living in. The final refusal of the separation between Nature and Human, which “has paralyzed science and politics since the dawn of modernism,” the Anthropocene is the most probable alternative we have to usher ourselves out of the notion of modernization at a point when “the dreams that could be nurtured at the time of the Holocene cannot last.” Anna Tsing responds to Latour’s lecture from the perspective of her own research on the notion of “living in the Anthropocene,” weaving together insights from the fields of anthropology, biology, and philosophy to inquire into the possible ways of understanding the “kinds of lives that are made and the futures that are possible in the ruined, re-wilded, and unintended landscapes” of this geological era.

Bruno Latour is a philosopher, anthropologist, and sociologist of science who currently teaches at Sciences Po in Paris. His many books include An Inquiry into Modes of Existence (2013), Reassembling the Social: An Introduction to Actor-Network-Theory (2005); Politics of Nature: How to Bring the Sciences into Democracy (2004); and We Have Never Been Modern (1991).

Anna Tsing is Professor of Anthropology at the University of California at Santa Cruz and Niels Bohr Professor in the Department of Culture and Society at Aarhus University, Aarhus. She is author of, among other books, Friction: An Ethnography of Global Connection (2005) as well as the co-edited volumes Words in Motion: Toward a Global Lexicon (2009) (with Carol Gluck), Communities and Conservation: Histories and Politics of Community-Based Natural Resource Management (2005) (with J. Peter Brosius and Charles Zerner), and Nature in the Global South: Environmental Projects in South and Southeast Asia (2003) (with Paul Greenough).

The lecture is part of BAK’s long-term research series titled Future Vocabularies (2014–2016) and its chapter on “ Human-Inhuman-Posthuman,” developed in collaboration with prof. Rosi Braidotti in her capacity as BAK Research Fellow and co-organized with the Centre for the Humanities. Also part of this chapter, the exhibition and discursive environment Anthropocene Observatory by Territorial Agency (John Palmesino and Ann-Sofi Rönnskog), artist Armin Linke, and curator Anselm Franke is on view at BAK till 26 April 2015.

The activities of BAK have been made possible by the City Council of Utrecht and the Ministry of Education, Culture, and Science of the Netherlands. The project Future Vocabularies is realized with generous support from the DOEN Foundation, Amsterdam.