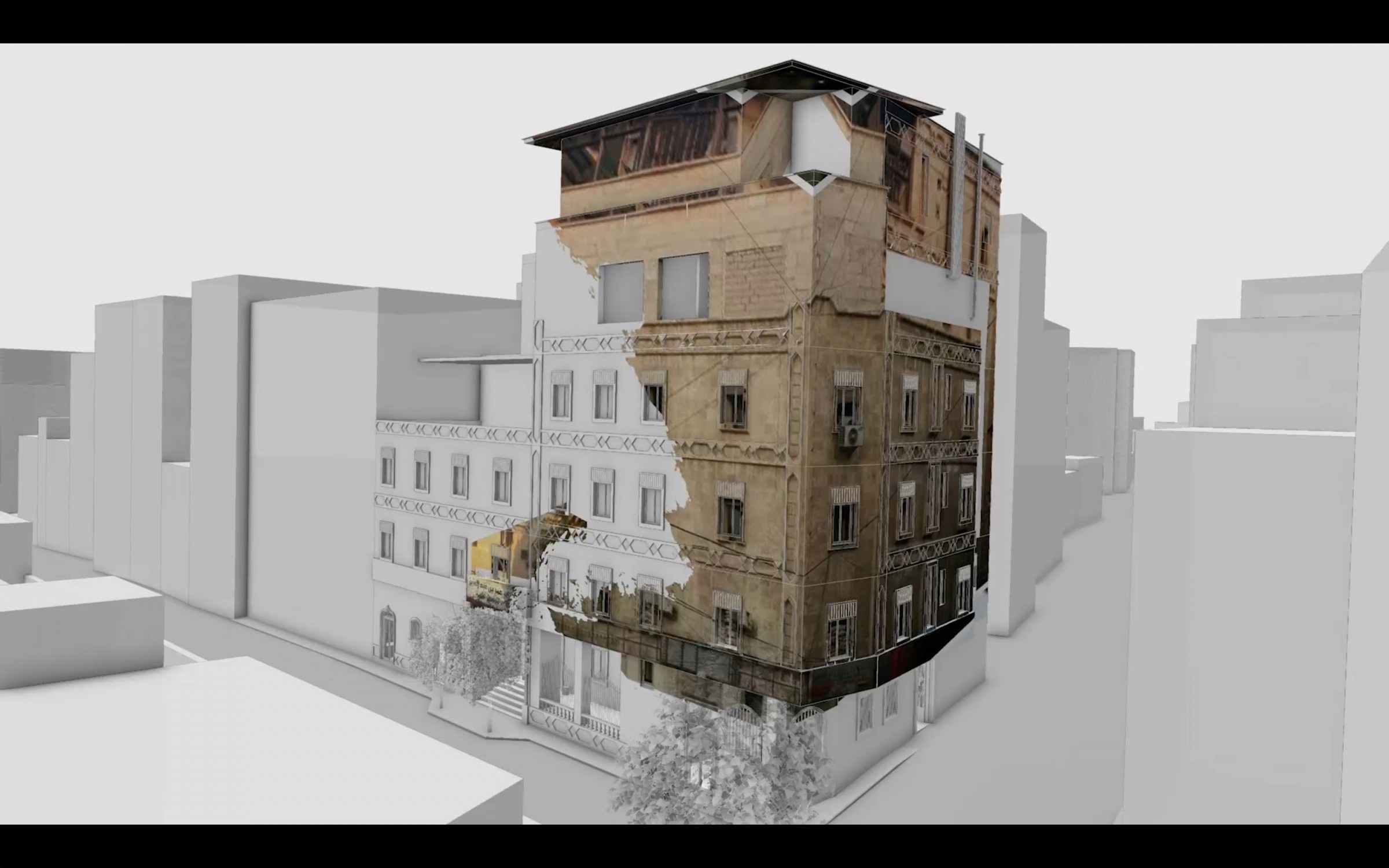 Forensic Architecture, M2 Hospital Bombing, 2017. According to the Syrian American Medical Society (SAMS), the Omar Bin Abdul Aziz Hospital, also known as M2, was subject to fourteen strikes by pro-government forces from June to December 2016. By combining and cross-referencing photographs and videos take in an around the hospital, Forensic Architecture was able to reconstruct the architecture of the building as a 3D model and locate the exact sites of the bombings and the resultant damage. Image: Forensic Architecture, 2017

For the month of November 2018, Museumkaart holders can bring a guest without a Museumkaart free of charge to Forensic Justice: our exhibition with works by Turner Prize 2018 nominee Forensic Architecture!

Forensic Architecture is a London-based independent and interdisciplinary research agency comprised of, among others, artists, scientists, lawyers, filmmakers, and architects. The agency uses novel research and aesthetico-political practice to investigate abuses of human rights and, more broadly, the rights of nature. They provide critical evidence for international courts and work with a wide range of citizen-led activist groups, NGOs, Amnesty International, and the United Nations, as well as with art institutions as significant public forums for distributing the investigations.

The works in the exhibition investigate a variety of reclamations of social and ecological justice. Alongside existing projects, a new investigation into the role of the police in the murder of young Greek rapper Pavlos Fyssas, co-produced with BAK in 2018, is premiered.

Earlier in 2018, the research agency was awarded the Princess Margriet Award for Culture by the European Cultural Foundation, Amsterdam.