Rosi Braidotti is a philosopher whose work intersects with social and political theory, gender studies, feminist theory, and cultural studies, with a particular emphasis on poststructuralism and critical theory as well as epistemology and Deleuze studies. She is Distinguished University Professor and founding Director of the Centre for the Humanities at Utrecht University, Utrecht, where she has taught since 1988, beginning with her initial appointment as founding professor in Women’s Studies. Braidotti is renowned for her pioneering work in European Women’s Studies, having served as founding Director of the Netherlands Research School in Women’s Studies (in 1995) and founding the inter-university Socrates Network of Interdisciplinary Women’s Studies in Europe (NOISE), as well as the Socrates Thematic Network Project ATHENA, which she directed until 2005. In 2005–2006, Braidotti held the Leverhulme Trust, Visiting Professorship in the Law School of Birckbeck College at the University of London, London. Between 2001–2003, she was the Jean Monnet Visiting Chair at the Robert Schuman Centre for Advanced Studies, European University Institute, Florence. Previously, she was a Fellow in the School of Social Science at the Institute for Advanced Study, Princeton University, Princeton in 1994–1995. In addition to regularly contributing to international journals and anthologies, Braidotti serves as advisor to differences: A Journal of Feminist Cultural Studies, Signs: Journal of Women in Culture and Society, and Theory, Culture & Society. Her many books include: The Posthuman (2013); Nomadic Theory: The Portable Rosi Braidotti (2011); Transpositions: On Nomadic Ethics (2006); Metamorphoses: Towards a Materialist Theory of Becoming (2002); Nomadic Subjects: Embodiment and Sexual Difference in Contemporary Feminist Theory (1994); and Patterns of Dissonance: A Study of Women and Contemporary French Philosophy (1991). Braidotti lives and works in Utrecht.

Moral Injury and Secular Law: The Danish Cartoon Controversy and the Question of Muslim Minority in Europe

Islam in Europe: Retrenchment and Renewal

‘What is Morally Wrong with ‘Blasphemy’? On the Claim to be Protected Against Blasphemous’ Acts of Expression in Pluralistic societies’

The Great Importance and Severe Limitations of Postsecular Perspectives

On the Sexiness of Religion in Politics; Americanism and Islamism as Kissing Kin 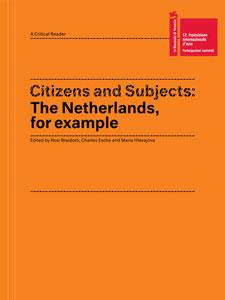