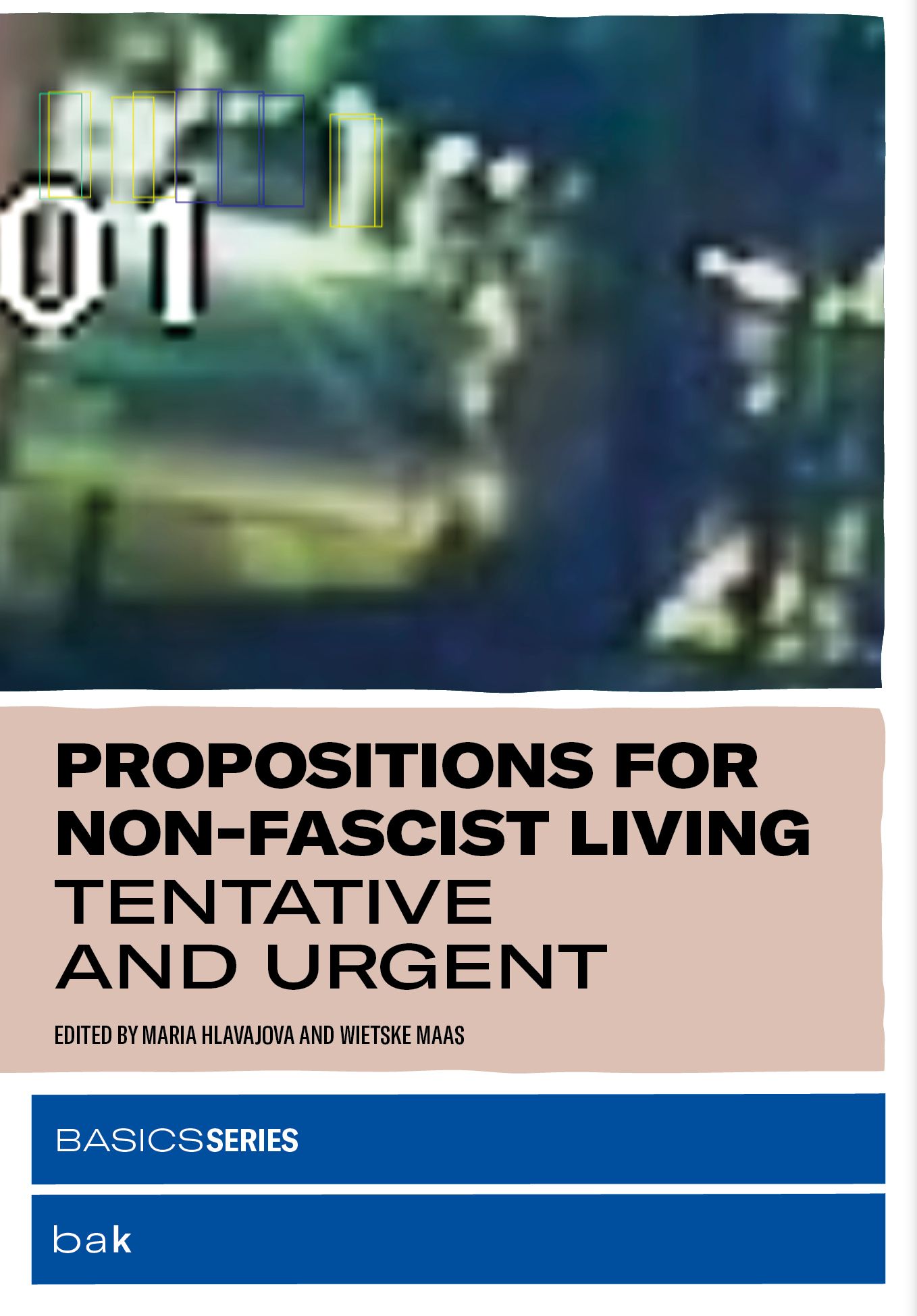 Propositions for Non-Fascist Living: Tentative and Urgent begins from an urgent need to outline the contours of what living in non-fascist ways could mean in uncertain times, when the resurgence of fascism violates the infrastructures and very foundations of a livable live.

The reader connects to BAK’s research strand Propositions for Non-Fascist Living (2017–ongoing), a long-term itinerary for generating knowledge about, developing proposals for, and activating tactics of “non-fascist living”: that is, practicing life—and thus modeling the world—decidedly void of fascisms. Moving from critique to propositions, the project attempts to articulate and inhabit methods of de-individualized living and to practice ways in which multiplicity and difference establish relations other than those structured by power and hierarchy.

The publication marks the beginning of BAK’s BASICS series, published in collaboration with MIT Press. The readers in this series probe some of the most urgent challenges of our time, engaging them through theoretically informed and politically driven artistic research and practice. If BAK is conceived as a basis—a base where art and theory meet social action to collectively negotiate the social, political, environmental, and technological conditions in which we live and, more importantly, develop and actualize proposals for being together otherwise—then BASICS is its publishing equivalent.

True to its name, the series offers “basics” that narrate in a new language the contemporary predicament, as well as ways to resist it. BASICS is a response to our current global and planetary emergencies. It initiates a revisiting of critical questions as much as it seeks to develop afresh the building blocks of lexicons, tactics, scenarios, and relations that make action possible in the face of the contemporary situation.

The publication can be ordered online via MIT Press ($19.95 | £15.99), or purchased at the BAK exhibition space (€18) during opening hours. For updates concerning the publication and related activities, please subscribe to the BAK mailing list via this link.