New World Academy Reader #4: The Art of Creating a State 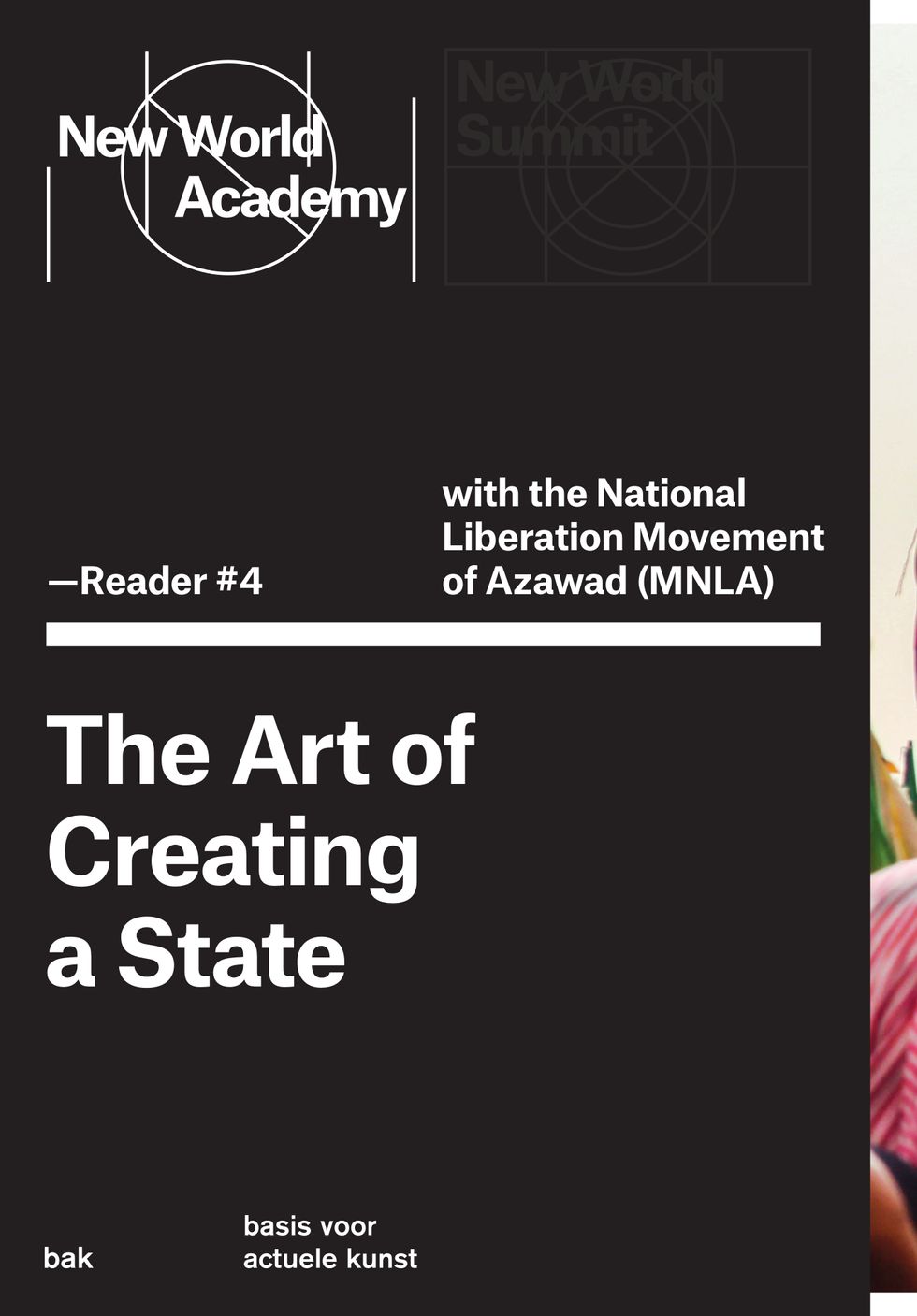 The National Liberation Movement of Azawad (MNLA) consists of an alliance of peoples from the Sahel and Sahara regions—Tuareg, Songhai, Fula, and Arabs—who collectively demand two-thirds of the northern part of Mali to become their independent, multiethnic and multireligious state of Azawad. The history of the Azawadian revolutionary movement lies in the resistance against the French-Sudanese colony and the foundation of the French-backed state of Mali in 1960. To date, four armed rebellions have taken place since the establishment of the Malian state, the last one being in 2012. For the Azawadian movement, the creation of art and laying the foundations of a new state are part of the same project.

I Was Needed, so I Became an Artist
Mazou Ibrahim Touré Interviewed by Jonas Staal, with Remarks by Moussa Ag Assarid

Chronicles of a Tuareg in France (selections)
Moussa Ag Assarid

A Fragmented and Forgotten Decolonization: The End of European Empires in the Sahara and Their Legacy
Berny Sèbe

The Revolution is without Frontiers
Photographic Essay by Moussa Ag Assarid