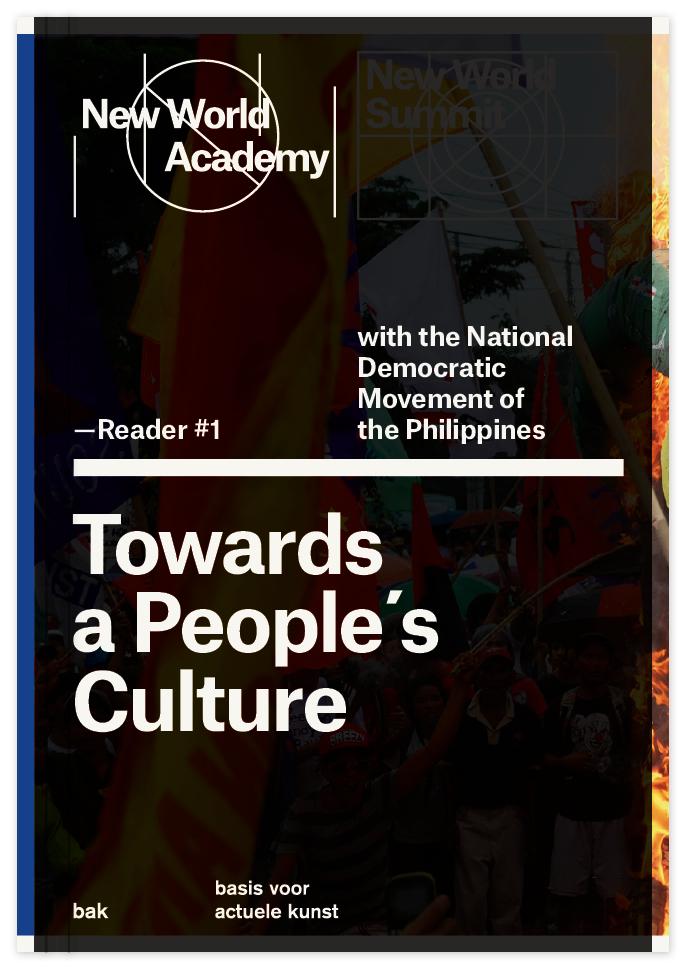 The National Democratic Movement of the Philippines consists of a variety of underground and guerrilla movements as well as (semi-)legal political parties and organizations with strong leftist and Maoist affinities. Its development can be traced back to resistance movements against the Spanish and United States occupations in the Philippines. Today, the movements continue their struggle against US influence in the Filipino government. Central to the movements’ understanding of art is the figure of the cultural worker, whose task is to both educate, and be educated by, the masses of landless peasants and the urban poor.

Poems and Prose, with an Introduction by Jose Maria Sison
Ericson Acosta

I Am a Cultural Worker
Ericson Acosta Interviewed by Jonas Staal

Terrorist Trials as a Stage: Some Notes on Performativity
Beatrice de Graaf

The Guerilla Is Like a Poet
Jose Maria Sison

Protest Puppetry: An Update on the Aesthetics and Production of Effigy-Making, 2005–2012
Lisa Ito