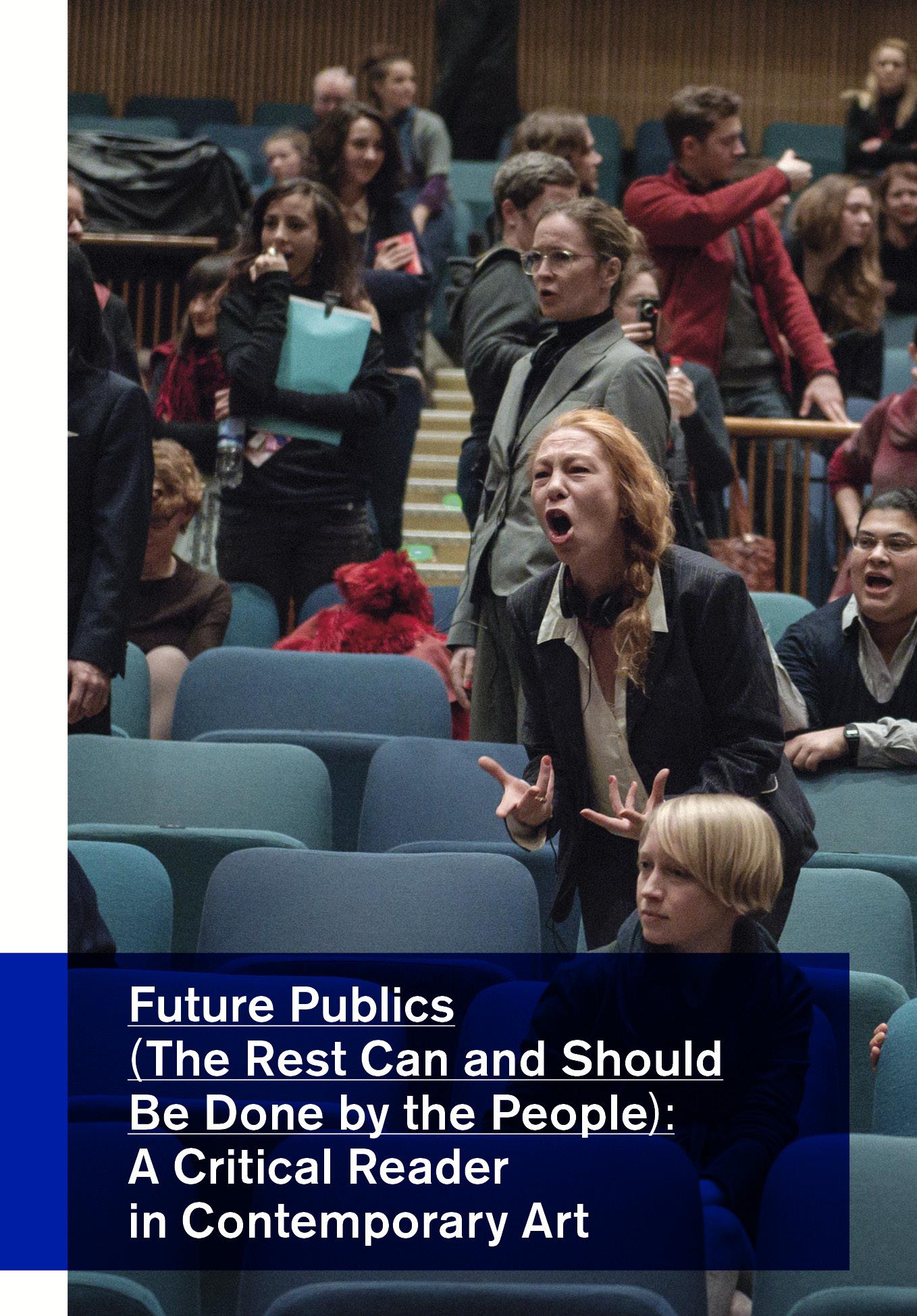 Future Publics (The Rest Can and Should Be Done by the People): A Critical Reader in Contemporary Art brings together contributions by artists, theorists, and activists to reflect on radically new publics—forward-looking yet pre-figurative, situated yet nomadic—as they emerge from the experiences of social crisis and political uncertainty that characterize our present. These future publics are provisional assemblies that question existing mechanisms of collective organization and constructions of social value and cultural meaning, recognizing that the institutions of public life cannot continue with a “business-as-usual” attitude as late capital’s certitudes collapse and entrenched regimes are being challenged across the globe. Resisting conscription into formal definitions of citizenship, these publics shape new solidarities that cut across conventional lines of class, region, ethnicity, and ideological affiliation. In the field of art, they demonstrate a renewed, insurgent, and self-critical capacity for engagement, rejecting the passive observation of the “viewer,” the commodifying gaze of the “consumer,” and the stylized participation of the “spectator.” Through these accounts, the contributors assemble a vocabulary relevant to artistic practices and civic conclaves mobilized outside the ossified institutions: among propositions such as rebel citizenry, orgnets, cultural users, stateless states, and devolutionary platforms, they articulate and address ways of being and doing beyond those that have been established within the neoliberal paradigm of “the contemporary.”

It is the sixth publication in BAK’s Critical Reader Series. The series comprise select collections of new and anthologized propositional writings by a rich array of artists, art historians, philosophers, theorists, activists, and other thinkers grappling—with, from, and through the prism of contemporary art—with what we believe to be the critical matters of our time. Other publications in the series include We Roma (2013), On Horizons (2011), The Return of Religion and other Myths (2009),On Knowledge Production (2008), and Concerning War (2006/2010). These publications are paralleled by a series of BAK Critical Readers in Artists’ Practice, within which a compendium of writings appeared in 2012 on the practice of Beirut-based artist, actor, director, and playwright Rabih Mroué.

For inquiries or to order a copy of this publication, please send an e-mail to info@bakonline.org.