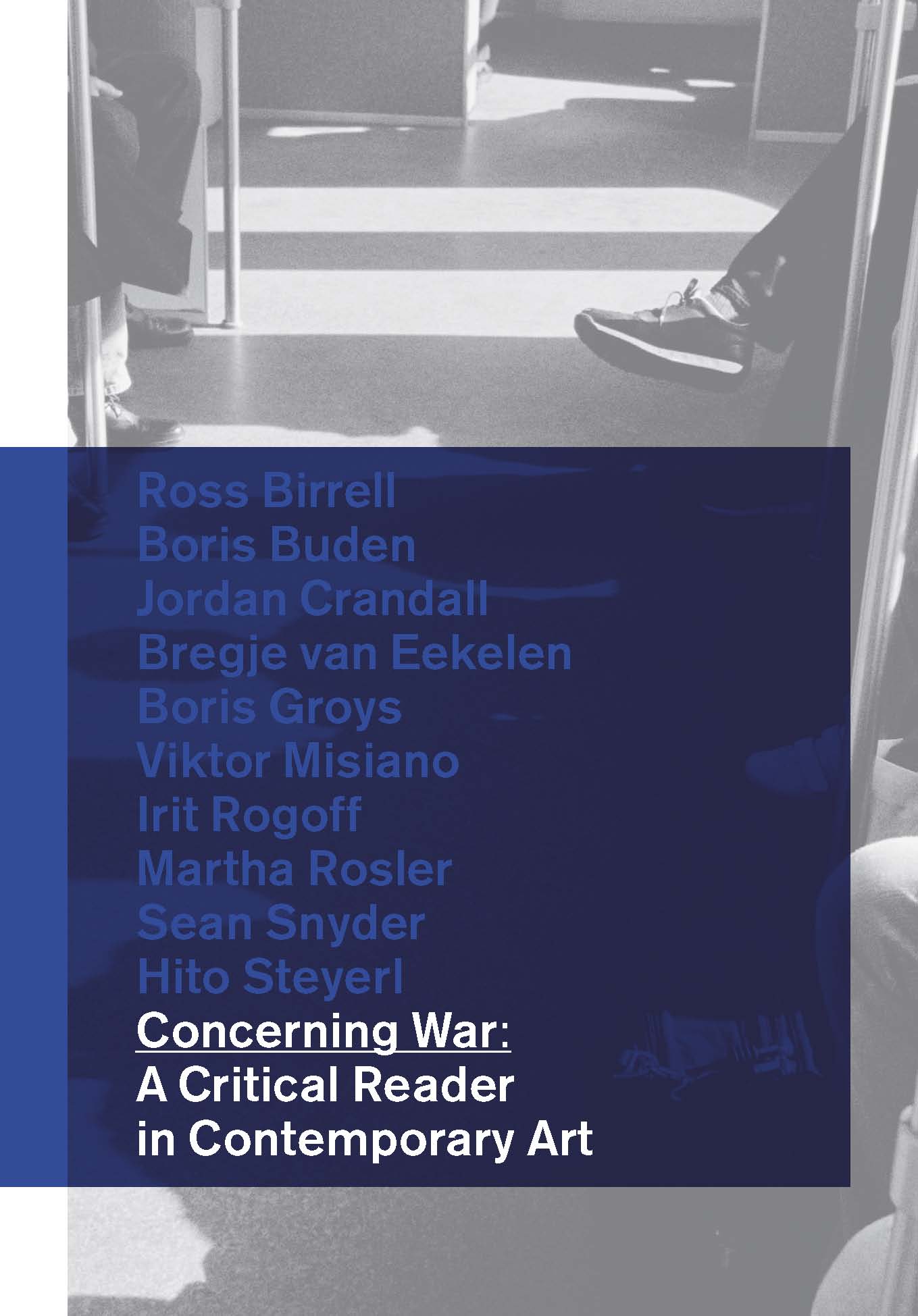 The second edition of Concerning War, A Critical Reader in Contemporary Art includes a new preface and an extensive index. Concerning War presents new and anthologized texts by artists and writers who analyze the possibilities for critical artistic responses to the contemporary world as a site of global war. In a variety of distinct ways and from different positions, contributing authors reflect on the nature and numerous aspects of our contemporary condition marked by ongoing violence and conflicts across the globe, and provide insights into how the world in this state of war, though predominantly addressed from our Western perspective, could be re-imagined differently through contemporary artistic and intellectual practices.

Preface to the Second Edition
Maria Hlavajova and Jill Winder

The Gift of Terror: Suicide-Bombing as Potlatch
Ross Birrell

Let’s Do nothing: On the Limits of Public Activism
Boris Buden

The Fate of Art in the Age of Terror
Boris Groys

The War in Chechnya Did Not Take Place
Viktor Misiano

Deconstructing the Allegories
A Discussion Between Martha Rosler and Maria Hlavajova

Some Byproducts: Thoughts on the Visual Rhetoric of PSYOP
Sean Snyder

Unfortunately, this title is out of print and no longer available.